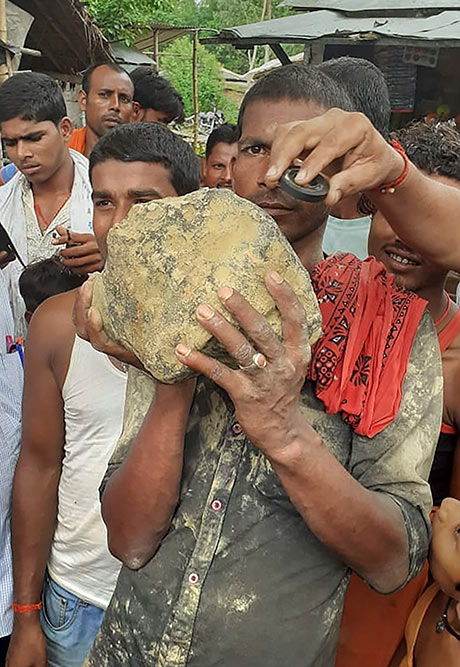 A villager holds up a celestial object, weighing more than 10 kg and having magnetic properties, that landed in Mahadeva village of Madhubani district. 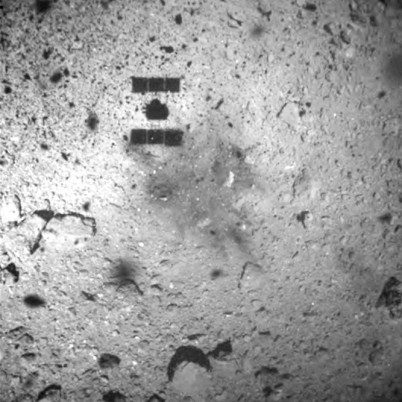 This image released by the Japan Aerospace Exploration Agency (JAXA) shows the shadow, center above, of the Hayabusa2 spacecraft after its successful touchdown on the asteroid Ryugu. Japan's space agency JAXA said Thursday, July 11, 2019 that data transmitted from the Hayabusa2 indicated its second successful touchdown on the distant asteroid to complete a historic mission - to collect underground samples in hopes of finding clues to the origin of the solar system. 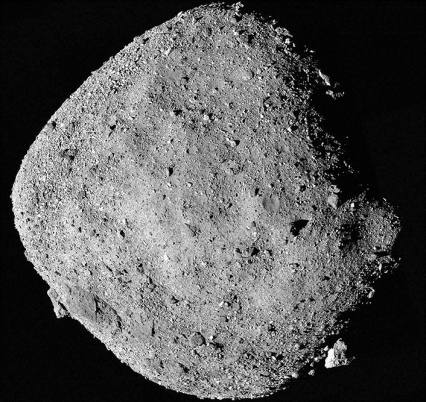 This mosaic image composed of 12 PolyCam images collected on Dec. 2, 2018, and provided by NASA shows the asteroid Bennu. NASA's first look at a tiny asteroid shows the space rock is more moist and studded with boulders than originally thought. Scientists on Monday, Dec. 10, released the first morsels of data collected since their spacecraft Osiris-Rex hooked up last week with the asteroid Bennu, which is only about three blocks wide and weighs about 80 million tons (73 million metric tons). Bennu regularly crosses Earth's orbit and will come perilously close to Earth in about 150 years.

A woman shops at New Market area ahead of Durga...

Delhi Theatres To Open From Today