In the biggest city of Yangon, one group marched through the Insein district chanting and singing protest songs and cradling eggs bearing the slogan ‘Spring Revolution’ 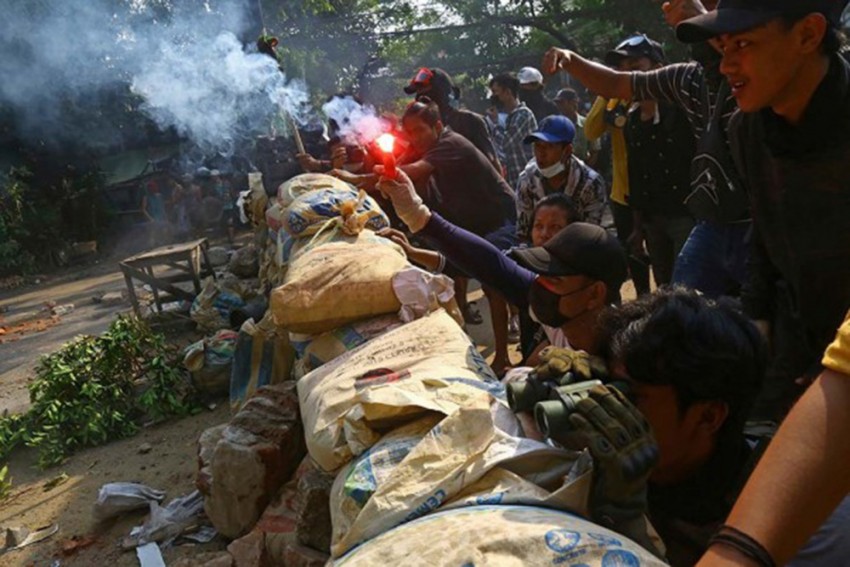 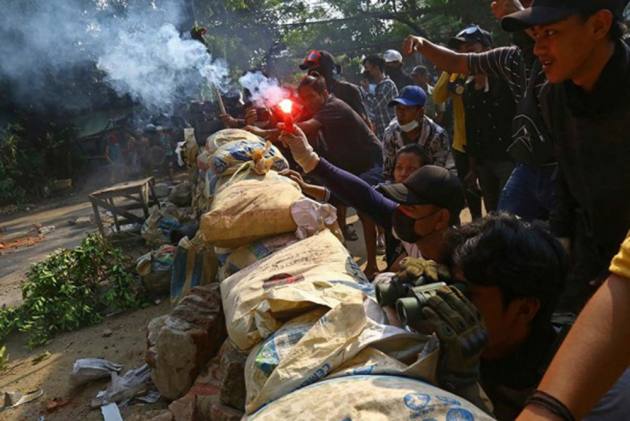 Anti-coup demonstrators in Myanmar, adept at finding themes to tie together protests nationwide, took to the streets on Sunday holding painted eggs in a nod to Easter.

In the biggest city of Yangon, one group marched through the Insein district chanting and singing protest songs and cradling eggs bearing the slogan “Spring Revolution.”

Many of the eggs also bore a drawing of the three-fingered salute, a symbol of resistance to the Feb. 1 coup.

In Mandalay, the country's second largest city, protesters gathered at dawn on motorbikes to shout their defiance of the power grab that overthrew the democratically elected government.

Myanmar's military has violently cracked down on protesters and others in opposition, with the latest civilian death toll since the coup at 557, according to the independent Assistance Association for Political Prisoners. More than 2,750 have been detained or sentenced, the group said.

Sunday's so-called “Easter Egg Strike” follows other themed days. They included a “Flower Strike,” in which protesters laid flowers in public places to honor those killed by security forces, and a “Silent Strike,” in which people across the country left the streets deserted.

Security forces continued to spread fear among ordinary citizens. Overnight, a resident of Yangon recorded video of a group of soldiers and police using sling shots to fire stones at the windows of homes, breaking the night's silence. At other times, soldiers and police keep up their intimidation at night with raids on neighborhoods, during which they shout abuse, shoot at random, make arrests and vandalize property.

With most of the internet access cut or severely restricted by the junta, it is becoming increasingly difficult for people in Myanmar to get images of their plight to the outside world.

After weeks of overnight internet cutoffs, the military on Friday shut all links apart from those using fiberoptic cable, which was working at drastically reduced speeds. Access to mobile networks and all wireless — the less costly options used by most people in the developing country — remained blocked on Sunday.

Jordan: King’s Half-Brother Claims He Has Been Put Under House Arrest