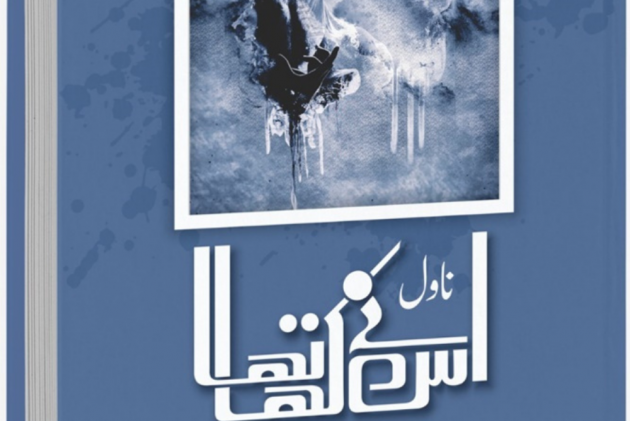 Does the most intensely felt love go beyond the age-old gender specifications? Does the captivating emotional and physical bond between man to a man put a question mark on the very existence of a binary gendered society? Does it create space for the sensual appreciation of another man's physical charm that human and divine laws forbade? Does the sexual orientation articulate hegemonic phallic narcissism?

Why is a celebration of the exquisite shades of male beauty taken as a professed act of perversion meant for destabilising the age-old social order? Does the fluidity of gender, long felt but never expressed explicitly in the public domain, upset the patriarchal heterosexual man's apple cart? Does the vacillation from one sex to another, not a rare or unnatural phenomenon, get the difference between the penetrator and penetrated blurred?

It looks incredible that these axiological questions about sexuality subsumed by religion and social practices are nuancedly articulated in a standout novel, Us Ne Kaha Tha in Urdu which is large, though erroneously, known as the language of poetry revolving around the wistful experience of the unrequited love.

Ashar Najmi, a poet and distinguished editor of the reputed literary journal, Esbaat, in his debut novel, upends the prevalent thematic mannerism and storytelling tropes. His breezy narrative poignantly narrates the dilemma of a high-strung protagonist whose titillating overtures defy the social grammar of gender. The narrator seeks to assert that one can act as a person outside the discourse of gender as true love lives in a state of bliss and ecstasy far away from the bounds of gender.

His novel creatively wipes out the miasma of gender binaries and the protagonist through a vivid recall of the tantalising encounters avers that love is essentially an equally fulfilling experience and the distinction of active and passive needs to be dismantled.

Ashar Najmi with his deft characterisation and scintillating unfolding of layered Sujet tells a story of an individual who experiences situational gender identity and feels, “I am neither or both or I fall at both ends of the spectrum”.

The author meticulously testifies on promiscuity filled sexual adventures and rambunctious triumphs become existential tragedies which, leave a trail of strange inwardness. The novelist with a judicious juxtaposition of the first person and third-person narrators seeks to weave a web of a phrenic and emotional condition rather than fashioning a narrative of sensual presence.

The opening paragraph of the novel employs contemptuous wit to make light of a life-defying act through which the protagonist tries to hold into meaning in a world that otherwise does not make sense:

“He selected the night of Diwali for self-crucifixion. The night of dazzling celebrations! Night of Mahaveer’s salvation. It is the night when it got better of darkness and intellect and hope overwhelmed ignorance and desperation.

It is not that he had planned it or prepared for it, months or days ago, no, it came all of sudden! Sitting casually it was cropped up in the mind that no night could better than this to commit suicide”.

Neither is the invigorating narrative marked with a feverish eroticism nor is it an assortment of the lived experiences of homosexuals by homosexuals. It does give a vivid and sensual blow by blow account of another man’s physical beauty to assert gay’s dignity and Ashar Najmi blends homoerotic and homosexual tendencies but it cannot be termed as empirical homosexuality.

Here the penetrated did not emerge as a tapped out victim and there are no traces of dandy sensibility:

“I remember the hottest day and his chest was wet with excessive sweating. I recall the day when he carried a black umbrella and recollect the date when the office, traffic Bombay and life left him irritated. I call up the day when he was seemingly taken off, and the time when he expressed love explicitly and truly.

I think of the white shirts worn by the uncle who just made it through the door moistened with perfumes. He did everything passionately except for putting his shirt properly on the hanger. I remember the buttons of his shirts. I think back to Diwali when I did not visit my city so that an opportunity be created for meeting each other. His odour and different kinds of fragrances are still fresh in my mind.

Whenever he comes from the office, a strong whiff accompanies him and when he makes it from home, sometimes scents of his daughters and sometimes aroma of biryani cooked by his wife tag along. I remember the blinds waving with hot air and the clanking sound of the adjacent under-construction building. I think back to his hysterical crying and the taste of his semen but I cannot recollect his face, even not a bit. Why do I falter on looking back at the faces?”

The densely textured narrative is adroitly hoisted with the intoxicating and occasionally agonising reminisces of the protagonist in which sexual orientation emerges as a more situational and social condition that might have seemed. The story is set in motion by a careful blending of first-person and third-person narration that zeroes in on the life of those who have been subjected to the most brutal and forced emotional, social, intellectual and aesthetic marginalisation.

Persecution seems to be to their true and never-deserting companions and to avert the epoch of crisis, they seek refuge in so-called “deviant sexuality “but the novelist Ashar Najmi without taking recourse to portraying self-dramatised tales tries to turn attention to soul-stirring experiences of the characters who realise that owing to the rigid social and religious practices each act of their sensual pleasure make them more disconnected, disoriented and dejected. They feel disconnectedness from the human world is certainly more than imagined hell (Divine Comedy).

Perhaps it is the first Urdu novel that earnestly tries to liberate the soul from the moral and social constraints by weaving a pulsating tale that is celebrated all forms of sex other than vaginal sex without being too close to the pornographic depiction.

The narrative betrays that the intense moments of desire produce a trail of epiphany where spiritual sublimely, regeneration, meditation, melancholy, disgust and anguish have an equal share. The ever-increasing existential crisis leaves characters insecure, promiscuous, helpless and lonely.

Each episode is exemplified by multiple perspectives and is to be understood as a representative of the human condition in the post-truth or fact-free age where invisible spectators and listeners are the medium for allowing the exclusion of the protagonist.

Ashar Najmi’s nuanced creative prose, not share much with the poetic language laments how the powers that -be use instinct for non- humanistic aims and unleashing a reign of discrimination and exclusion.

The discursive storyline of the novel revolves around the elemental human predicament that is aptly depicted by Edmund Fuller (1914- 2001) who says, “man suffers not only from war, persecution, famine, and ruin but from inner problems—a conviction of isolation, randomness, meaninglessness in his way of existence”.

The novel artistically subverts the traditional heteronormative beliefs about gender identity and fuses sexuality with morality which has been employed by the patriarchal authority. The novel brings forth an intense conflict between what the society expects the role of the individual on being born male or female and the individual's self-defined sense of gender that is both complex and dynamic.

Here it looks that sexual adventure is the mode of interaction to rid of self-isolation and in the heat of the intimate moments the protagonist gets adrift off in his thoughts. Much-maligned appositional desire to heteronormativity, astutely articulated by the novel, neither looks a sin or a perversion but is invested with the greater possibility of destabilising a conservative social order.

The succinctly structured novel with wised up characterization emerges as the resplendent exposition of what the queer theorist, Jonathan Dollimore (Sexual Dissidence, Oxford University Press, 1991) calls, “transgressive aesthetics”. One small excerpt bears testimony to it:

“Since long I have been looking at him rather feasting my eyes on him. It is the better expression. I have to undertake a train journey every week, start on Friday evening and return on Monday morning. One big chair car, large windows, and glass doors. Wearing meals on the wheels t-shirt, he entered the compartment at the third or fourth station. We have a bond of four words- bread, cutlet, poha and omelette. He looked senior but cannot say how older he was. Though he went ahead in terms of age it is confirmed he has not done anything.

His eyes have a childlike glow and his laughter too resembles the children. He was not moved by age, price rise, minority, Africa, Donald Trump, Imran khan, Lokpal, demonetisation. His hairs got slightly slipped away downward, he wore Jackie Shroff brand moustache. His slight dusky skin was poverty bred and was very skinny but one could not understand it fully until took him in arms”.

The novelist though well-laid and skilfully executed storyline challenges the essentialist notion of gender identity that urges those born male to act masculine and seek the company of women and it joins hands with feminist view that no longer believes in the supposed naturalness of subordination.

The author makes the” deviant sexuality” a source of empowerment as it brings forth an identity without a gender essence, it is a self-evolving identity based on lived experience that unfolds lusty picaresque details. It defies heteronormative schema and explores new and unchartered terrain of sexual orientation where dating rituals become meaningless:

“Do visit a bar of a small town where you find people with erectile dysfunction.

Share table with the person who looked the saddest.

Whisper in his ears “copulation is not the only thing in the world”.

Tell him in rain walk with clasping hands enthrals him more.

Let him know that kissing with a tight hug is your most preferred sexual mode.

Tell him that probably he is yet to get the woman that could match him.

After that, extend an invitation for visiting your home.

Sometimes later, while on the bed, express your desire to sleep with him.

Ask him to try or bug off.

After completing this, once again asked him to try.

Accuse him of being impotent.”

Ashar Najmi‘s novel weaves a fictional narrative that impeccably supplements the scholastic discourse on LGBTQ and it expands the horizon of Urdu fiction that have some talked about but the banal, unimaginative and mushy portrayal of homosexuality and one tends to agree with the celebrated Urdu novelist Khalid Javed who describes the novel a discovery that unfolds an alternative human world. It is not a tale of a man who is termed as the other but it is the story that makes our moral, intellectual, religious and social instructions redundant or “other”.

Ashar Najmi quaintly upends the classical definition of the novel as for him genre like gender is a social construct. It is the first Urdu novel that explores the complex perception of gender roles, gender identity and the ubiquitous unitary sexual orientation in the literary framework. It is the dense and dark narrative that is both tantalising and titillating and it is destined to break new ground in Urdu fiction.