In Tokyo 2020 on Tuesday, shot putter Tajinderpal Singh Toor was a big disappointment 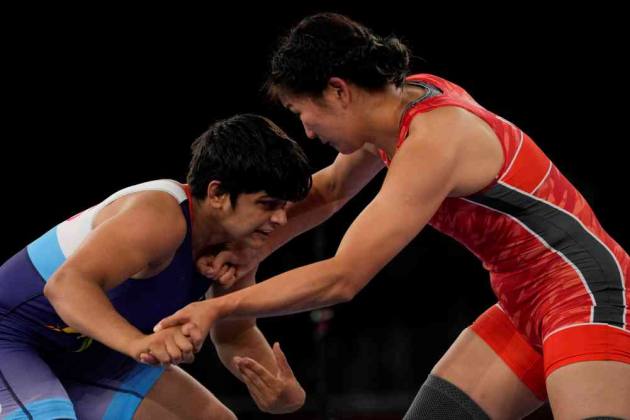 It was a disappointing day for India at Tokyo Olympics on Tuesday. The Indian men's hockey team lost to world champions Belgium and will now contest for a bronze medal against Germany on August 5. The men's hockey team last won an Olympic bronze at the 1972 Munich Olympics. India's wrestling campaign started on a losing note when the prodigious Sonam Malik lost her 62 kg Round of 16. In track and field, Annu Rani and Tajinderpal Singh were nowhere close to their top form and exited Tokyo 2020. (MEDAL TALLY | AUGUST 3 HIGHLIGHTS | NEWS)

Men’s shot put qualification: Tajinderpal Singh Toor managed a best throw of 19.99m. It placed him 13th out of 16 competitors in his group. The direct qualification for the final was fixed at 21.20 meters.  (FULL REPORT)

Women’s freestyle 62kg round of 16: Sonam Malik lost to Bolortuya Khurelkhuu of Mongolia. Hopes of a re-entry via repechage round were dashed after Bolortuya lost to the former world champion and the second seed Taybe Yusein of Bulgaria in the quarter-finals. (FULL REPORT)