India will clash with Pakistan in a Cricket World Cup 2019 match in Manchester on June 16. After having lost the ICC Champions Trophy final against Pakistan in 2017 at The Oval, this will be a grudge game for Virat Kohli's team. 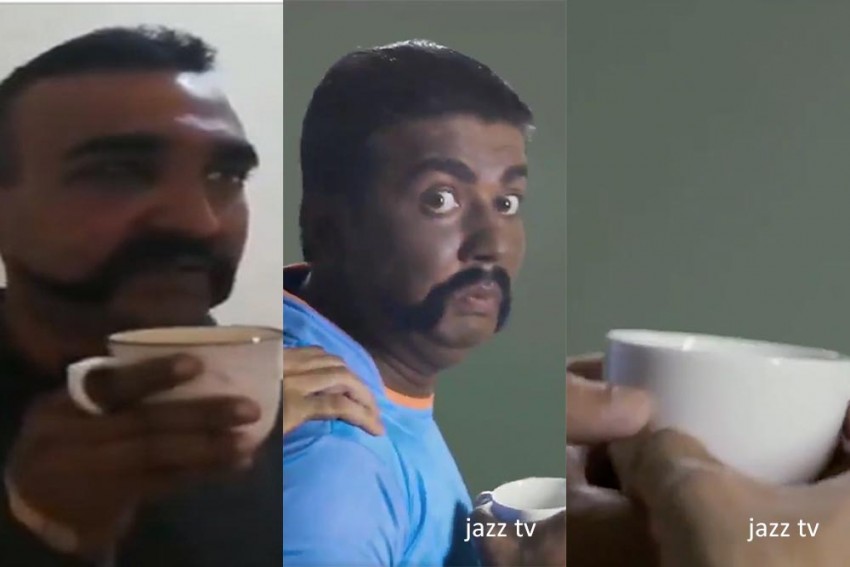 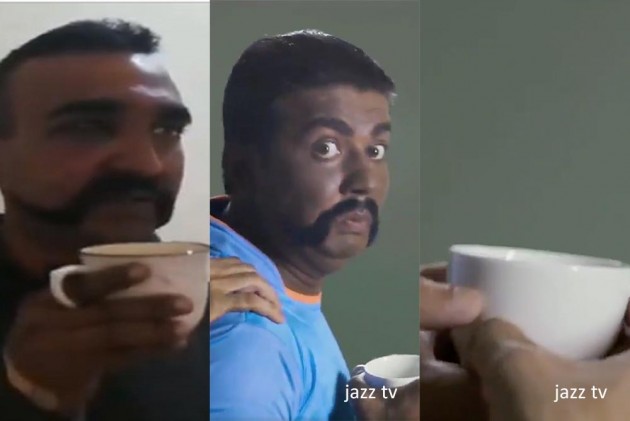 Tensions seem to be rising ahead of India's 2019 Cricket World Cup clash against Pakistan, on June 16 at the Old Trafford Cricket Ground in Manchester. Now, a Pakistan-based television channel has taken a dig on India, with an advertisement bordering on xenophobia and taunting IAF Pilot Abhinandan's capture.

The broadcaster in question is Jazz TV. In the advertisement, a model mimics the IAF officer in a rather racist way. The model has Abhinandan's signature moustache, and is seen wearing a blue jersey (representing Team India's colors). In the footage, the person answers interview-styled questions, an environment similar to the one of Abhinandan.

Just like Abhinandan's video (released by Pakistan military), the model keeps on repeating, "I am sorry. I am not supposed to tell you this." The questions range from the Men in Blue's starting XI, to the team's toss strategy. Like the victim of this video, the model keeps on sipping a cup of tea.

What really stands out is that, Abhinandan was pretty calm and composed, while in this video, the model is shown to be jittery and extremely nervous.

Diplomatic relations is currently very poor and hostile between the two nations, and this video hasn't helped to solve the current situation at all.

Abhinandan was captured on February 27 by Pakistani military as he prevented the flight of enemy F16 jets into Indian military installments of Jammu and Kashmir. After much diplomatic lobbying, the pilot was released as a gesture by Pakistan PM Imran Khan.

India and Pakistan have had a long rivalry in cricketing terms. Interestingly, the Men in Green have never trumped their rivals in a Cricket World Cup. Also, they have played each other six times in this competition, with Sachin Tendulkar bagging the Man of The Match award on three occasions.

Also, this advertisement is somewhat reminiscent of Star Sports' Mauka Mauka ad, which was launched during this competition's 2015 edition. The advertisement was to promote the clash, and now funnily both the team's face each other on Father's Day (June 16).

In that advertisement, a dejected Pakistani fan and son are featured, who are sad as they have never been unable to burn crackers, as their country always lost to India in a World Cup. The fan remembers his father's words as to how one should keep on trying and never give up. So then the more excited Indian fan abruptly interjects, 'maine aisa kab kaha'. (I have never said this). This implies that India is the father of both Pakistan and Bangladesh.

The humorous banter in the video gained widespread attention, although wasn't xenophobic like this recent video.