Four-time LaLiga winner Luis Suarez has the experience to fire Atletico Madrid to the title, according to Diego Simeone 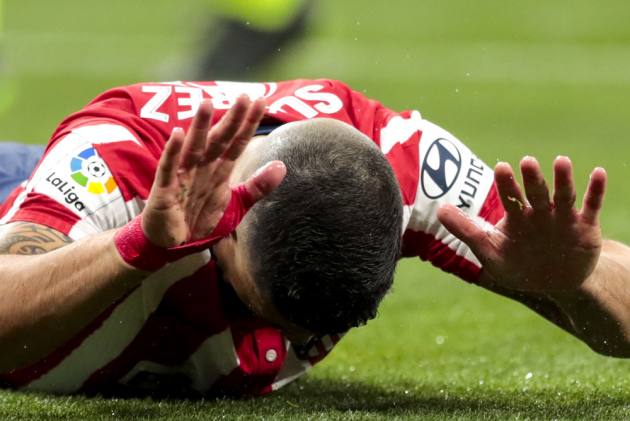 Atleti hold a two-point advantage over city rivals and reigning champions Real Madrid at the top of LaLiga, and face Osasuna in their penultimate game of the season at the Wanda Metropolitano on Sunday.

Should they claim three points against Jagoba Arrasate's side and Los Blancos fail to beat Athletic Bilbao, in a game which kicks off at the same time, Atletico will be crowned champions with a game remaining.

Leading the charge up front will be Uruguay international Suarez, who has scored 19 goals in his first season at the club since joining from Barcelona.

Suarez, 34, won four LaLiga titles during his time at Barca and Simeone is expecting him to use all that experience to ensure Atleti do not slip up in their final two games.

"As for Luis, we have entered the Suarez zone," Simeone told a news conference.

"It is an ideal moment for a footballer like him to find and solve game situations that the team will need. He is used to games like this and has the experience to do it."

Atleti are red-hot favourites to beat Osasuna, who have lost eight of their last 10 away games against Los Rojiblancos.

Despite this, Simeone is expecting a tough game and wants maximum focus from his side, who are aiming to score two or more goals in four consecutive home league games for the first time since April 2016.

"In football you cannot choose a rival," Simeone added. "There are no small enemies. Football is day to day and you have to play according to the game that you play.

"We continue in the same way as always. We are dealing with Osasuna, a team that has competed very well historically and will do so tomorrow as well.

"Osasuna is changing. Lately he [Arrasate] uses 4-3-3 more, although he may return to 4-4-2 that has been in the essence of his game.

"He works much more across the game, with fast people on the outside, with people from the second row to accompany his striker and a very strong collective work.

"We seek to play a good game, take it to where we can hurt Osasuna and know that the rival will come to play with enthusiasm."