We, concerned Indian citizens, support the overturning of Section 377 of the Indian Penal Code, a colonial-era law dating to 1861, which punitively criminalizes romantic love and private, consensual sexual acts between adults of the same sex. 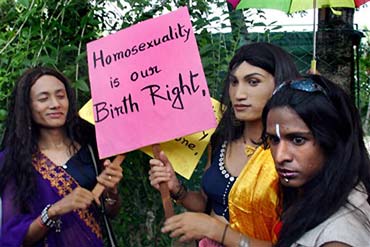 To build a truly democratic and plural India, we must collectively fight against laws and policies that abuse human rights and limit fundamental freedoms.

This is why we, concerned Indian citizens, support the overturning of Section 377 of the Indian Penal Code, a colonial-era law dating to 1861, which punitively criminalizes romantic love and private, consensual sexual acts between adults of the same sex.

In independent India, as earlier, this archaic and brutal law has served no good purpose. It has been used to systematically persecute, blackmail, arrest and terrorize sexual minorities. It has spawned public intolerance and abuse, forcing tens of millions of gay and bisexual men and women to live in fear and secrecy, at tragic cost to themselves and their families. It is especially disgraceful that Section 377 has on several recent occasions been used by homophobic officials to suppress the work of legitimate HIV-prevention groups, leaving gay and bisexual men in India even more defenceless against HIV infection.

Such human rights abuses would be cause for shame anywhere in the modern world, but they are especially so in India, which was founded on a vision of fundamental rights applying equally to all, without discrimination on any grounds. By presumptively treating as criminals those who love people of the same sex, Section 377 violates fundamental human rights, particularly the rights to equality and privacy that are enshrined in our Constitution as well as in the binding international laws that we have embraced, including the International Covenant on Civil and Political Rights.

Let us always remember the indisputable truth expressed in the opening articles of the Universal Declaration of Human Rights that "All persons are born free and equal in dignity and rights. Everyone is entitled to all the rights and freedoms set forth in this Declaration, without distinction of any kind."

We will move many steps closer to our goal of achieving a just, pluralistic and democratic society by the ending of Section 377, which is currently under challenge before the Delhi High Court. There should be no discrimination in India on the grounds of sexual orientation. In the name of humanity and of our Constitution, this cruel and discriminatory law should be struck down.

And many more signatories

Why Things Go Better With Colas