The Colours Of Culture 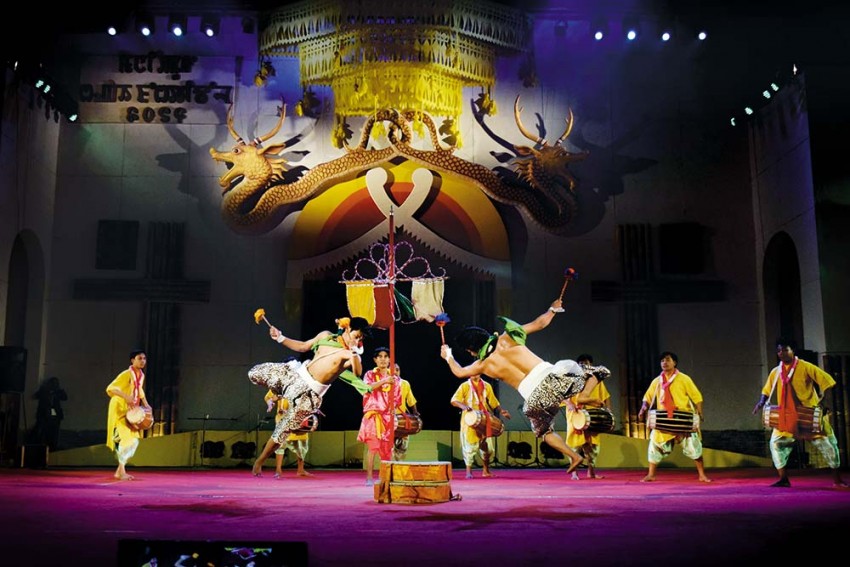 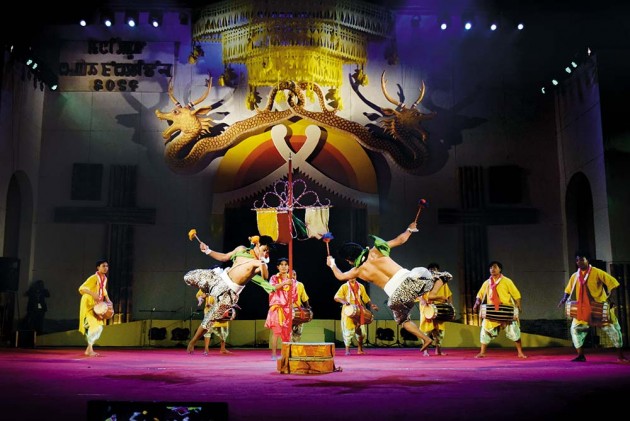 The Magic Of Manipur

It’s never easy to communicate the ethos of an entire state and an entire people with one event or festival. But the Manipur Sangai Festival, headed towards its 10th edition this November, does a fantastic job of showcasing all that this significant North-Eastern state has to offer. It reflects Manipur’s proud cultural heritage and the state’s love for music and dance, which is inherent amongst the various tribes inhabiting the state.

What’s In A Name

The Manipur Sangai Festival - will be celebrated this year from November 24th to 30th November - is named after the state animal, the Sangai deer. The Sangai deer is a brow-antlered specimen that is found only in Manipur. With the Sangai as its emblem and mascot, the festival has grown over the years into a significant platform for Manipur to showcase its rich tradition and culture. Today, the festival is Manipur Tourism’s biggest showcase, promoting the state as a world-class travel destination. Every edition of the festival works to highlight the tourism potential of the state, be it art, culture, textiles, sporting activities, and cuisine, among others. 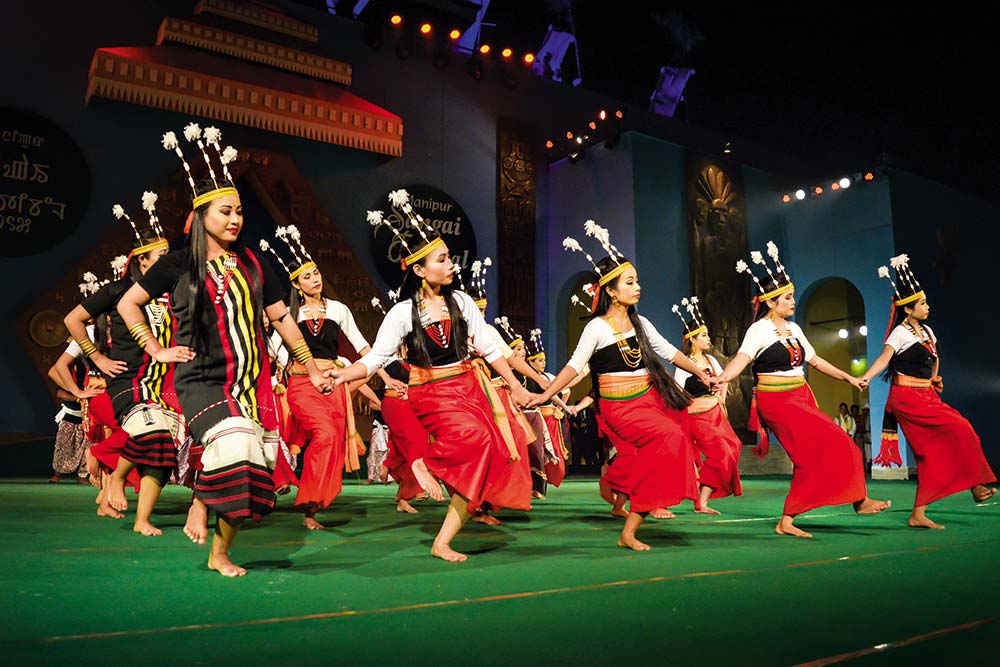 Ten years. Twenty participating nations. Over 50,000 attendees. That’s how the Manipur Sangai Festival has grown in the 10 years since its inception in 2010. This year marks a decade of celebrating Manipur through the cultural extravaganza that is the Manipur Sangai Festival. And as expected, the Directorate of Tourism, Government of Manipur is pulling out all stops to ensure that this is the biggest edition since its inception in 2010.The festival dates are from 24th to 30th November 2019 and the venues are Hapta Kangjeibung, Imphal East District; Mapal Kangjeibung, Imphal West District; Lamboi Khongnangkhong, Imphal West District; Khuman Lampak Sports Complex, Imphal East District and at Sendra, Takmu Water Sports Complex and Keibul in Bishnupur District. 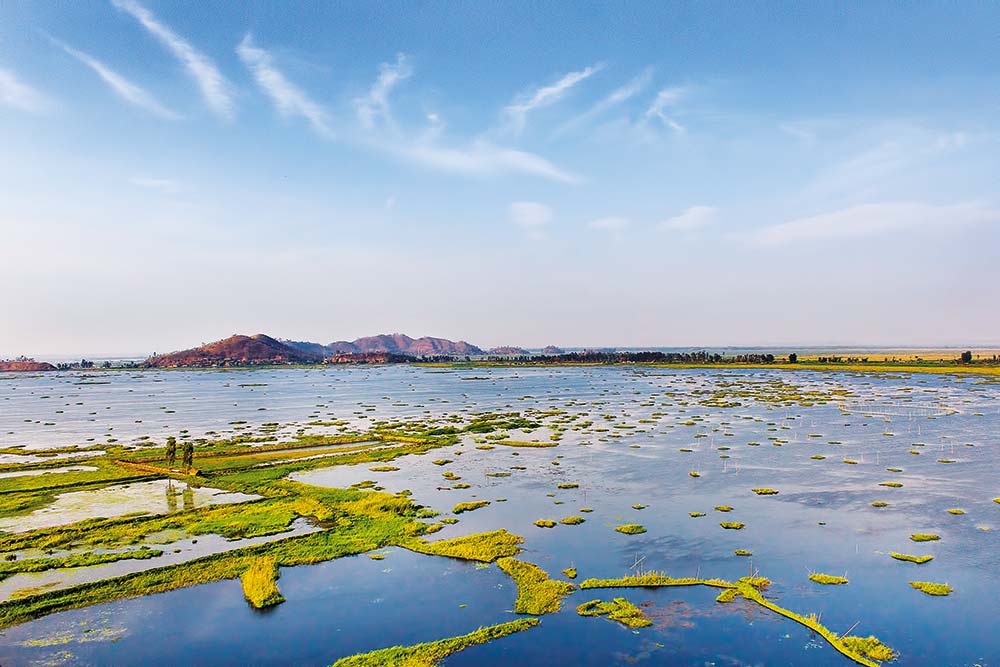 The Sangai Festival usually achieves a seamless management of several different venues. After the formal inauguration ceremony at the main venue at Hapta Kangjeibung, Imphal East District, the programming is such that each venue offers a host of engagements and activities. An array of dance and music performances native to the state such as such as Kuki dance, Leisem Jagoi, Maram dance, Mao dance, Thougal Jagoi, Phousa Jagoi, Zou dance, Moirang Parva, Tangkhul folk music, Khulang Eshei, Wari Pheibok, Khongjom Parva, Kabui Folk song, Kawali, Moirang Sai, Pena, Manipuri folk song, traditional song of Andro and other programmes like Meitei Wari, Dhol-Dhulok Cholom and Thang Ta Chainaba adds glitterati  to the festival. There are fun activities for the children too that adds more value to the festivity. Apart from these, photography exhibition, flower show, theme parks, food stalls and other entertainment programmes such as ‘Meet the Stars’ and ‘Sangai Open Mic’ also form part of the showcase at the main venue at Hapta Kangjeibung. In addition, there are regular cultural performances by artists from the different tribes of the state and from other states of India as well as international artists and cultural troupe throughout the festival at the Bhagyachandra Open Air Theatre at Hapta Kangjeibung. 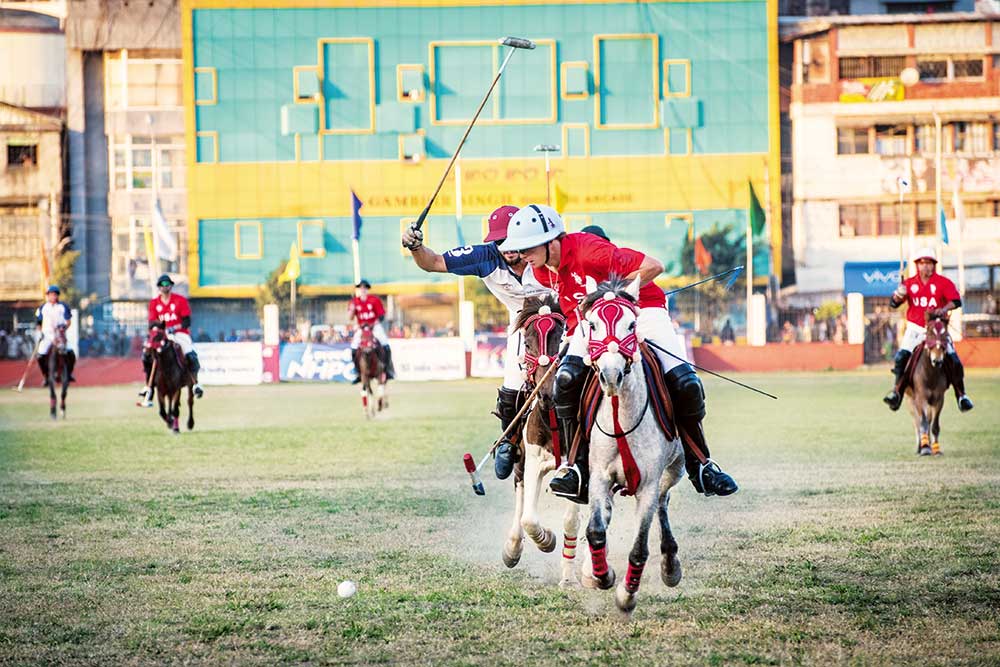 In its effort to showcase the immense tourism potential of Loktak Lake and its adjoining areas, the Government of Manipur usually holds a cultural event with a theme centred around the culture of Loktak Lake, modern polo and the endangered brow-antlered deer at the Takmu Water Sports Complex at Loktak Lake in Bishnupur District. The event organised by Manipur Tourism in co-ordination with several line departments, as part of the Manipur Sangai Festival seeks to highlight the significance of Loktak Lake for the state’s economy and also the unique characteristics of the lake. The cultural event showcases the state’s rich and diverse socio-cultural traditions through a combination of dance and entertainment performances. The venue at Takmu Water Sports Complex also hosts several water activities like Water Skiing, Sailboard, Wind Surfing and Local Boat Races  during this period. 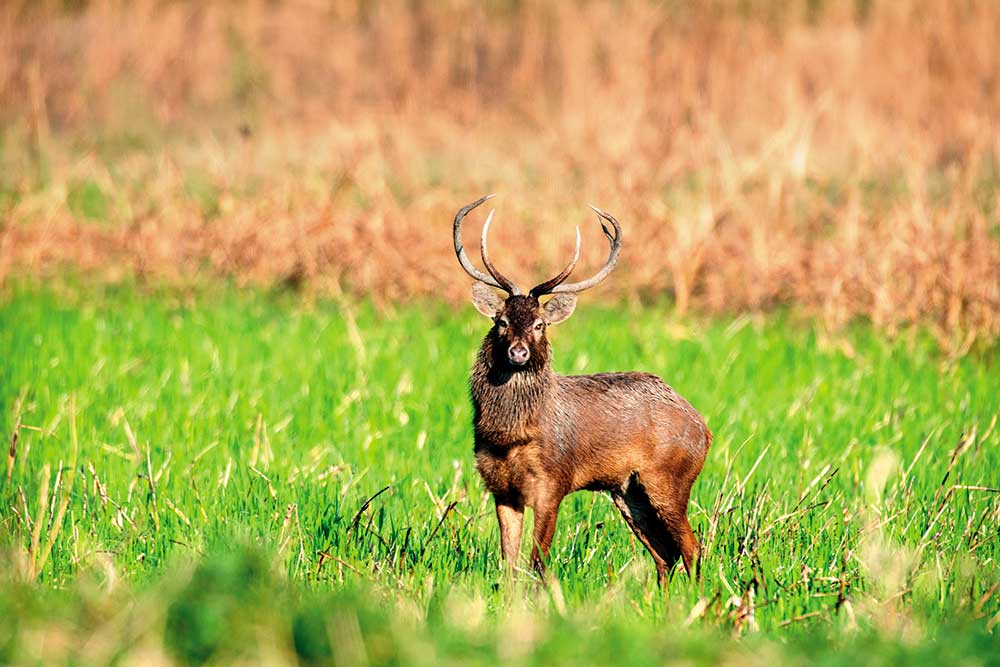 Shop Till You Drop

Of course, the festival is also geared to lure the attendees into spending. There are hundreds of stalls selling products from Manipur, other states and other nations. A Boat Race  or Hiyang Tanaba as it is called is also usually a part of the celebrations at the Kangla Moat where teams of boat racers will compete dressed in their indigenous attires. 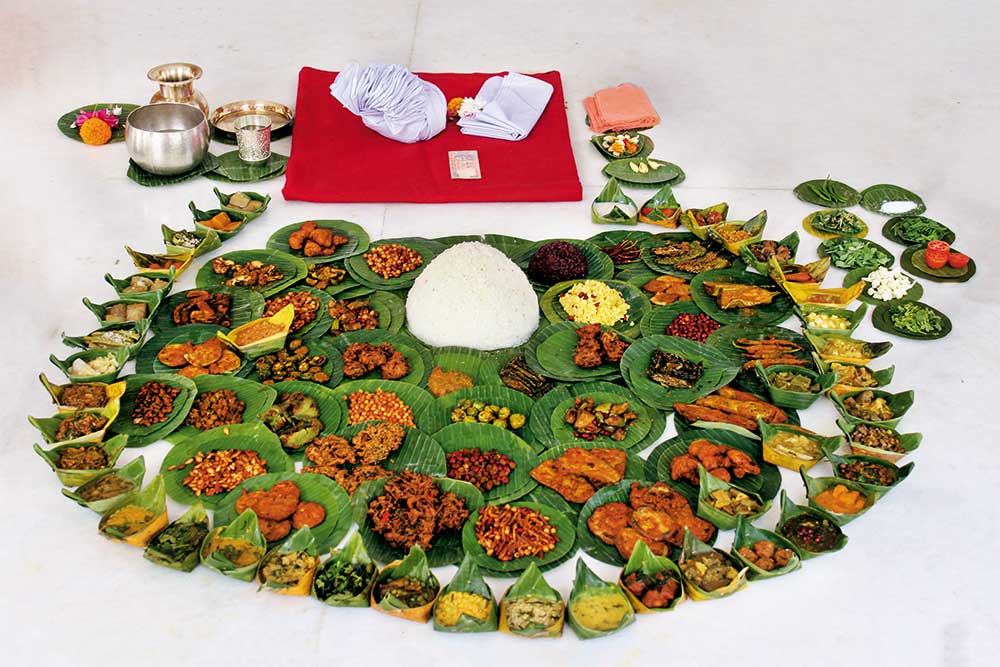 The administration leaves no efforts undone to ensure smooth and immersive experience for visitors during the festival. Several steps are taken. Movement of commercial and private heavy vehicles remains restricted and security arrangements around the city are beefed up. CCTV cameras are installed at all the main venues. Also, in view of the multiple venues at the festival since 2017, the Tourism Department organises a free shuttle service to move between the four main venues- Hapta Kangjeibung, Imphal East District; Mapal Kangjeibung, Imphal West District; Lamboi Khongnangkhong, Imphal West District; Khuman Lampak Sports Complex, Imphal East District. 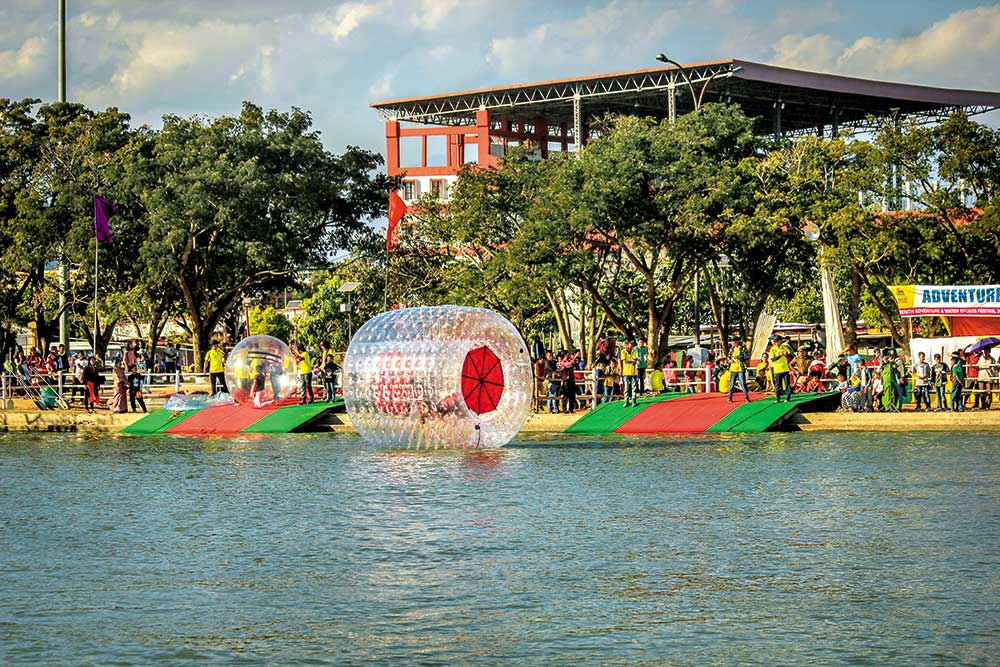 The Tourism Department also offers Free Wi-Fi services in and around the main venue at Hapta Kangjeibung to help cater to the needs of exhibitors, event participants, delegates, media and visitors for increased connectivity for uploading event content to the web.
In all, the Sangai Festival is a gateway to the wonderland that is Manipur. While a state can never be experienced in one shot, the Sangai Festival is still the closest you can get to experiencing a capsule of this magical state.

The festival is of course a celebration of local food as well. Manipuri cuisine is well known for its simple deliciousness. The distinctive feature of the food of Manipuri is its health quotient, with no compromising of the taste quotient. Local people grow their vegetables in their gardens or farms, and breed their fishes in backyard ponds. As a result, the ingredients used are mostly organic, adding to both the nutritive value and the taste. Second, Manipuri food is spicy but not oily at all. They use whole aromatics and herbs to flavour their food, instead of the ‘heavier’ spices prevalent in the rest of the country. Rice, fish, leafy vegetables flavoured with a lot of herbs ranging from mint and chives to basil is a basic description of Manipuri staples as well as delicacies. Chamthong or Kangshoi is a hearty vegetable stew that uses seasonal vegetables seasoned with chillies and maroi and is eaten with rice. Eromba is another characteristic dish, but it is only for those with adventurous palates as this is vegetables boiled with fermented fish known as Ngari. The favourite dessert of the region is also a must try – a delicious kheer using red rice, milk and cardamom powder.

For more information, visit www.manipurtourism.gov.in. You can also sample updates on Instagram (@manipurtourism) or via Facebook (@visitmanipur).