The Great Ground Zero Mosque Divide: Both conservatives and liberals draw wrong conclusions. The failure to find common ground weakens both the West’s culture of individual rights and the struggle against radical Islam 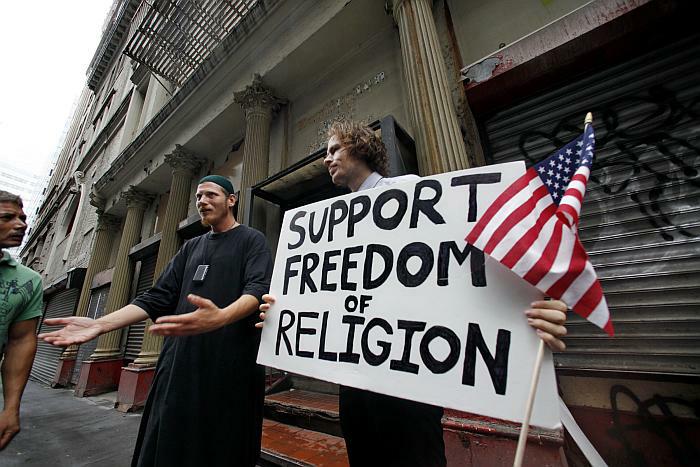 After hovering over Danish cartoons, Swiss minarets and French burqas, the epicentre of the ongoing culture clash between Islam and the West has crossed the Atlantic. Now the United States finds itself in the midst of a gut-wrenching debate about Islam. The impetus: a controversial proposal to build a 13-story mosque and Islamic community centre two blocks from Ground Zero, the site of the 9/11 terrorist attacks on the World Trade Center in New York.

For critics, the proposed centre – initially called Cordoba House in a nod to Muslim Spain, but since renamed Park51 – represents a slap in America’s face. Last month, former Alaska Governor Sarah Palin famously called on “peaceful Muslims” to “refudiate” the project because it stabs Americans “in the heart.” Newt Gingrich, former Republican speaker of the House of Representatives, likened the proposal to displaying a Nazi sign beside Washington’s Holocaust Museum.

Indeed, for many conservatives the proximity to Ground Zero of the Park51 site – parts of one of the aircraft that slammed into the World Trade Center landed there – marks it as hallowed ground. To them, celebrating Islam so close to where radical Muslims carried out an infamous terrorist attack in the name of their faith appears both insensitive and provocative.

Conservatives such as Gingrich point to a pattern of marking Muslim military victories by building a mosque on ground sacred to non-Muslims. Among the most famous examples: the Dome of the Rock, built on the Jewish Temple Mount in Jerusalem; the Umayyad mosque in Damascus, built atop the church of St. John the Baptist; and Istanbul’s Ayasofya mosque, currently a museum, which, until the Ottoman conquest of Constantinople in 1453, was Hagia Sofia, one of the most revered churches in Eastern Orthodox Christianity. 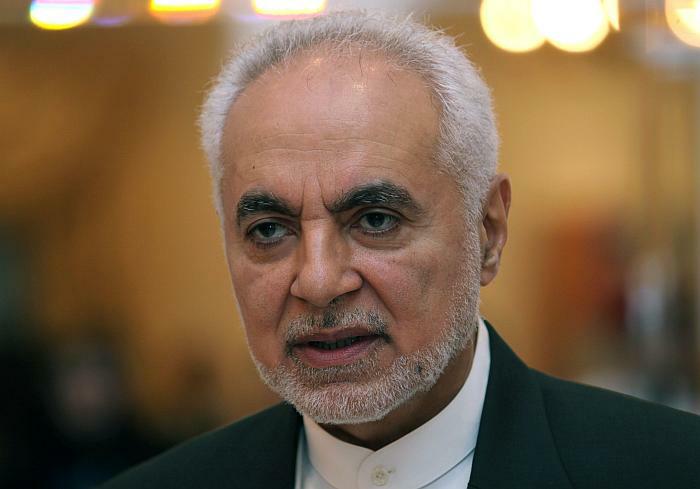 For conservatives, the initial decision to name the building after Cordoba, the first major Spanish city to fall to Muslim armies during their eighth-century conquest of the Iberian Peninsula, was no coincidence. Nor do they regard the man behind the project, Kuwait-born Imam Feisal Abdul Rauf, as a moderate. In a television interview shortly after the 9/11 attacks, Rauf suggested that “US policies were an accessory to the crime that happened.” Rauf has also demurred from labeling the Palestinian group Hamas a terrorist outfit, which puts him at odds with views of the US government.

By contrast, many liberals see attempts to deny Muslims the right to build wherever they please as a violation of one of America’s most cherished principles. In a landmark speech in early August, New York Mayor Michael Bloomberg evoked the Statue of Liberty and called freedom of worship the most important of the city’s “precious freedoms.”

Rather than dwell upon history, liberals tend to see the project as part of the fabric of contemporary American life, a community centre that will help heal the wound of 9/11 by extending a Muslim hand of friendship to members of all faiths. To the extent that they consider the past at all, they see Cordoba, where Jews, Christians and Muslims once lived in harmony, as a symbol of coexistence and creative flowering.

To raise questions about Park51, supporters insist, besmirches a great religion and confuses Islam with the handful of terrorists responsible for the 9/11attacks. As for Rauf, the liberal narrative emphasizes his belief in a gentle Sufi form of Islam rather than the austere Wahhabism of the 9/11 hijackers. In short, he’s exactly the kind of Muslim the US needs on its side as it battles his radical co-religionists around the world. In this view, Rauf’s criticism of US foreign policy – common enough on the left – can hardly be seen as exceptionable. Moreover, even the Bush administration, hardly known for its warmth toward radical Islam, used Rauf for outreach to Muslim countries.

Both sides have strong arguments. The liberal appeal to America’s founding principles carries both historical and moral weight. As Mayor Bloomberg put it, New York’s diversity is what makes it “special and different and strong.” Muslims too died on 9/11, liberals correctly point out, and the moderate majority has the right not to be stigmatized for the actions of a handful of their co-religionists. In the absence of clear evidence that Imam Rauf has radical sympathies, his stated desire to build bridges must be taken at face value. Whether his views on the Middle East are out of synch with most Americans is beside the point. Other clergy face no such litmus test. 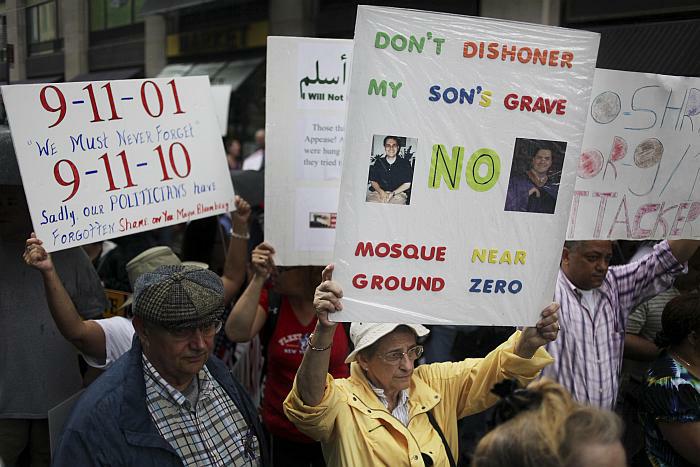 For their part, conservatives distinguish between opposition to a mosque at a particular location and opposition to all mosques, much less to Islam itself. Indeed, in general, conservatives question the wisdom of Park51’s location rather than the legal right to build it. They also have a more accurate read of the importance of triumphalist symbols to radical Islamists, those Muslims who seek to order 21st century society by the medieval norms enshrined in sharia law, and of the impact of such symbols on the proverbial Muslim street. Conservatives also point out that, more often than not, the interfaith understanding preached by the likes of Rauf cuts only one way. Where are the Muslim proposals to foster dialogue in Riyadh, Karachi or Tehran?

For now the conservative argument appears ascendant in the court of public opinion. Despite their city’s famed liberalism, more than six in ten New Yorkers oppose the Park51 project, as do seven in ten Americans nationwide. With Congressional elections approaching in November, leading Democrats, fearful of a backlash from voters, have begun to backtrack. After offering a ringing endorsement of freedom of religion at a Ramadan dinner for Muslims, President Barack Obama clarified his stand the next day by emphasizing that he backed only the Muslim right to build the mosque at the proposed site, and had no comment on the wisdom of doing so. Senate majority leader Harry Reid and former Democratic National Committee Chairman Howard Dean have come out in opposition to the project at its current location.

In the long term, if the US wants to protect freedom of worship while combating the real threat of radical Islam, both conservatives and liberals will need to alter the nature of their discourse.

Conservatives must cease to see religious pluralism as a weakness rather than a strength. The US won’t defeat radical Islam by becoming more like Saudi Arabia or Iran. Conservatives also need to distinguish between the Islamist minority and the majority of ordinary Muslims, and give the latter the benefit of doubt until proven otherwise.

For their part, liberals need to recognize that debate about Islam is now global. Social networking sites such as Facebook and Twitter, and a plethora of interconnected blogs, blur national boundaries and fuel a global consciousness about the issue. Unless they take a leaf out of the conservative book and begin to actively question Muslim-majority countries for their generally tawdry treatment of religious minorities – legal discrimination, apostasy laws, and restrictions on freedom of worship remain all too common – they will be accused of double-standards.

In short, Western conservatives and liberals need to find common ground on one of the most pressing issues of our time. The failure to do so weakens both the West’s culture of individual rights and the struggle against radical Islam.

Sadanand Dhume is the author of My Friend the Fanatic: Travels with a Radical Islamist. Follow him on Twitter @dhume01  Rights: Copyright © 2010 Yale Center for the Study of Globalization. YaleGlobal Online