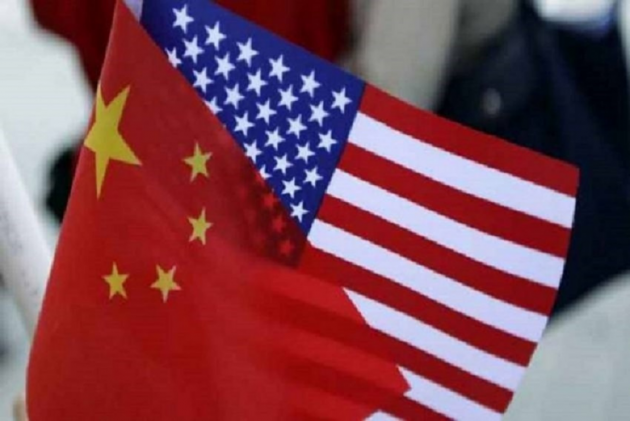 In a first China and the US have held military level talks with each other, besides discussion on Afghanistan situation following the country’s takeover by Taliban, the media report said on Saturday.

In fact, both the countries after President Joe Biden came to power in January this year had discussed the rapidly evolving situation in Afghanistan, it stated.

“Afghanistan crisis is one of the most urgent issues of risk management that needs to be discussed … Chinese foreign minister Wang Yi raised this issue in the Alaska talks [earlier this year], but his American counterpart ignored it,” the Hong Kong-based South China Morning Post quoted an official of the Chinese military as saying.

In March this year, the US and China held their first high-level talks in Alaska after Biden assumed power, where Wang and top Chinese diplomat Yang Jiechi exchanged points with US Secretary of State Antony Blinken and National Security Adviser Jake Sullivan.

“The Chinese military has maintained a middle-level military-to-military communication channel via the defence attache in the US embassy in Beijing, and [last week’s call] is the first time senior officers resumed talks,” the Chinese official said.

China had hoped to exchange intelligence about Afghanistan when Wang and China’s foreign policy chief Yang met US Secretary of State Blinken in Alaska in March because Beijing had realised how complicated and risky the situation would become if the US pulled out all its troops from Afghanistan, the report said.

“If the US and China started talks about Afghanistan risk assessment, it would not have done so much damage to both countries. China evacuated almost all their nationals three months ago,” the report quoted the Chinese military official as saying.

The US and NATO troops came under attack from Islamic State suicide bombers at Kabul airport on Thursday that killed 169 Afghans and 13 American soldiers.

The Taliban swept into Kabul on August 15 after the government collapsed and embattled President Ashraf Ghani fled the country. Since then, tens of thousands of people desperate to escape a country governed by the Taliban have been trying to flee or already have been evacuated.

“What China is concerned about is that the extremist forces, especially the East Turkestan Islamic Movement, (ETIM) will expand their power and influence amid the chaos in Afghanistan, which needs China, the US and other countries to work together to prevent it from happening,” the Chinese official said.

While expressing shock over the Kabul blasts, China on Friday said the security situation in Afghanistan remained “complex and grave” and offered to work with the international community to deal with terrorist threats while asking the Taliban to break off with all terrorist groups.

Observers say the Kabul blasts showed that ISIS-K could operate with impunity in Kabul under the Taliban control which will be a disquieting factor for Beijing as it is banking on the Afghan militant group to rein in the Uygur Muslim militant group from Xinjiang.

Without directly naming the Taliban, Chinese Foreign Ministry spokesman Zhao Lijian told a media briefing on Friday, “We hope relevant parties will take effective measures to ensure a smooth transition of the situation in Afghanistan and ensure the safety of the Afghan people and foreign citizens in the countrymen”.

Tensions between China and the US over Taiwan and the South China Sea coupled with growing discord between the two countries over the origin of coronavirus, Tibet, Xinjiang and Hong Kong have remained high after Biden took over as the president of America.

On Friday, the Chinese Defence Ministry termed as “provocative” the crossing of two US naval ships through the Taiwan Strait, in what the US Pacific Fleet described as a routine operation.

This was the eighth time the US naval ships passed through the channel after Biden became the president.

“The frequent provocative moves [the passage of American vessels] are of a very bad nature and show the US is the biggest destroyer of peace and stability and the biggest maker of security risks across the Taiwan Strait,” Chinese defence ministry spokesman Tan Kefei had said.

The US Navy and Air Force also conducted such missions in the disputed South China Sea to assert freedom of navigation, challenging China’s claims of sovereignty over the area.

Beijing claims almost all of the 1.3 million square-mile South China Sea as its sovereign territory. China has been building military bases on artificial islands in the region also claimed by Brunei, Malaysia, the Philippines, Taiwan and Vietnam.

Beijing has impeded commercial activity like fishing or mineral exploration by countries like Vietnam and the Philippines, claiming that the ownership of territory belonged to China for hundreds of years. (With PTI inputs)