Pawar Non-Committal On Sena Tie-Up In Maha, Says Only Discussed NCP-Cong With Sonia

The meeting took place at Gandhi's 10, Janpath residence here and lasted for about 50 minutes. 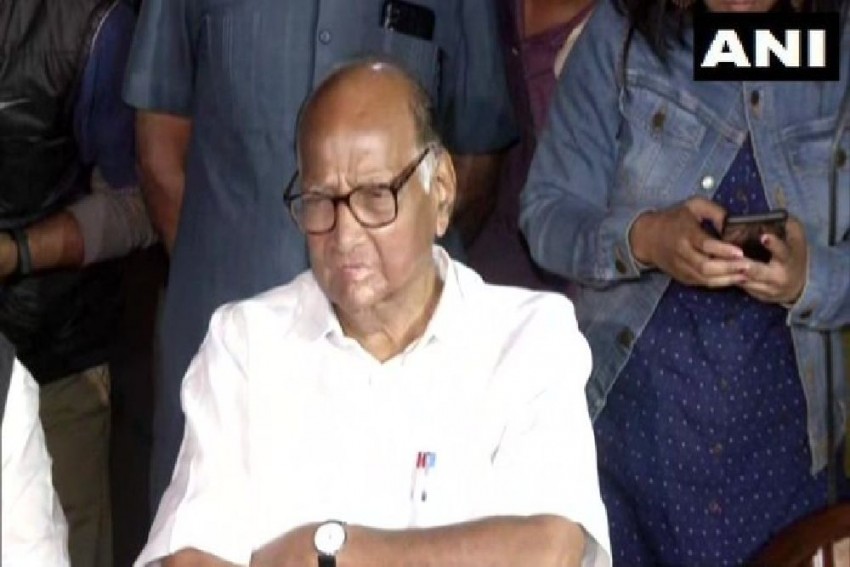 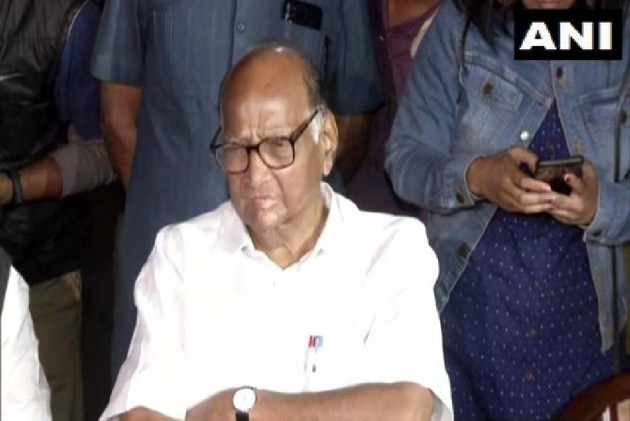 Keeping his cards close to his chest, NCP chief Sharad Pawar on Monday said he had only discussed the political situation in Maharashtra with Congress president Sonia Gandhi and the two parties will hold talks with their other allies, before taking a decision on government formation in the state.

Pawar, whose meeting with Sonia was being billed as a major step towards a tie-up with the Shiv Sena for government formation in the state, said if the NCP-Congress had to take a view on government formation, they had to first discuss it between themselves.

Addressing a press conference after his meeting with Gandhi here on Monday that lasted for about 50 minutes, the Maratha strongman also said there was no discussion on a common minimum programme (CMP) during the talks.

"There was no talk of government formation at our meeting. This meeting was all about discussing the Congress and the NCP and the situation in the state," he said.

"We will keep an eye on the situation in Maharashtra. Congress and NCP leaders will hold further talks on the future course of action," Pawar added.

His remarks kept the suspense on government formation alive as the NCP, over the last few days, had been in talks with ally Congress for a possible coalition with the Uddhav Thackeray-led Sena, after the latter's alliance with the Bharatiya Janata Party (BJP) fell apart over the chief minister's post in Maharashtra.

"Sharad Pawar met the Congress President today and briefed her on the situation in Maharashtra. It was decided that in a day or two, representatives from NCP and Congress will meet in Delhi to discuss the way forward," Congress spokesperson Randeep Surjewala said in a tweet.

Pawar stressed on the need to talk to allies like the Samajwadi party (SP), the Republican Party of India (Kawade faction), the Raju Shetti-led Swabhimani Shetkari Sanghatana and the Peasants Workers Party.

"Their views cannot be overlooked," he added.

Some of the allies got upset over the possibility of a Congress-NCP-Sena alliance, Pawar said.

"Whenever you discuss any political situation, those who fought with you as allies have to be taken into confidence," he asserted.

"We have not discussed about whether to go with any party or not," the former Maharashtra chief minister said, underlining that the Congress and the NCP had fought the state Assembly polls together.

Later, Shiv Sena's Sanjay Raut met Pawar at the latter's residence and exuded confidence that a new government, led by his party, will soon come to power in Maharashtra.

Asked about his meeting with Pawar, Raut said the former Union agriculture minister should lead a delegation to meet Prime Minister Narendra Modi and apprise him of the problems of the farmers in Maharashtra.

Congress and NCP leaders have held a series of meetings in the last few days to finalise the modalities for a Sena-led government in Maharashtra.

Ahead of his meeting with Gandhi, Pawar said all political parties seeking to stake claim to form the government in Maharashtra had to "choose their own paths".