Top politicians of various parties covet choppers as they afford ease of mobility and access to the country's remotest corners, and small planes which can land on short airstrips. 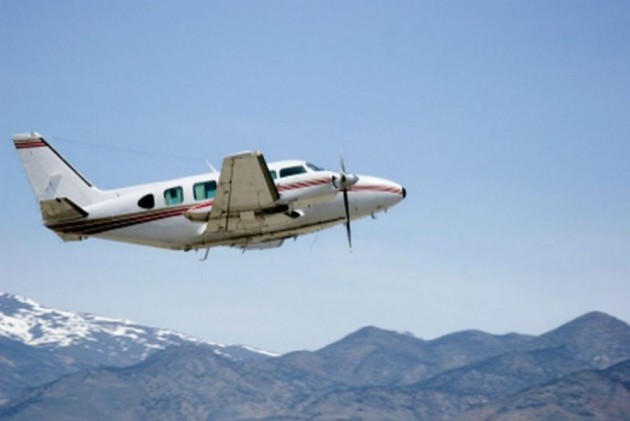 With canvassing for the 2019 general elections in full swing, it's a "houseful" notice outside most companies hiring out small fixed wing aircraft and helicopters for campaign purposes, aviation industry players said.

Top politicians of various parties covet choppers as they afford ease of mobility and access to the country's remotest corners, and small planes which can land on short airstrips.

Flying at average 100-140 nautical miles per hour at a height of between 2,000-3,000 feet, helicopters are the favourite as they help politicians reach out to the maximum constituents during the campaign.

Unlike many developed countries, there are not many choppers or small planes available for hire during poll season and the charter companies go in for the pre-election 'kill'.

According to the Western Chapter of Rotary Wing Society of India (RWSI) President Captain Uday Gelli, there are around 275 registered civilian helicopters in the country.

These include choppers owned by the central or state governments, corporates, public or private sector undertakings, and those that are privately-owned -- leaving around barely 75, mostly with the charter companies, for election purposes.

Mumbai-based aviation expert Pradeep Thampy said that among the small fixed wing aircraft, single-engined aircraft like Cessna are not permitted for poll-related purposes due to various reasons, but twin and multiple engine turbo-props are in great demand.

"The pilot plus five King Air C90 and the two-pilot plus eight King Air B200 are in great demand. There are an estimated two dozen in India but not available now. The bookings are full till the third week of May," Thampy told IANS.

"They generally take a flight to the nearest good airport, then hop onto either a small aircraft or a chopper for safety and security reasons," explained Thampy.

There are single- or twin-engined choppers of different companies like Eurocopter, Robinson, Bell and Sikorsky, ranging from pilot plus three to 11-seater variants, but all those which are airworthy have been fully booked for the 2019 Lok Sabha polls.

"Though exact data of chopper hiring is not available, according to estimates, the (ruling) BJP is said to be the biggest customer, accounting for around 50 per cent of the choppers. Most political parties make bulk bookings of 45-60 days with a minimum three hours of flying daily," Gelli told IANS.

Depending on the kind of aircraft, the average cost of hiring a chopper can work out to anything between Rs 75,000-Rs 350,000 per hour, with a minimum three-hour contract per day, irrespective whether the chopper flies or not, and the normal flying time can be 15-30 minutes, according to Thampy.

The Election Commission has issued stringent guidelines on use of choppers and small aircraft during elections.

In fact, in February, the Directorate General of Civil Aviation (DGCA) convened a meeting of the helicopter charter companies and discussed the various Dos and Don'ts to be adhered to, while the RWSI issued an advisory on this sometime back.

"The charterers must ensure that the pilots carry out all pre-flight checks -- relating to route, weather and landing sites -- ensuring the security of the chopper at the remote sites and not transport cash/valuables, etc, since safety and security is the highest priority," said Gelli.

The biggest worry for the pilots, the VVIPs on board and the security and political activists on the ground is the public frenzy which seems to build up as soon as a chopper is sighted on the horizon, and the novelty of viewing a flying machine so close to them, especially among the rural masses, said a former chopper pilot, requesting anonymity.

Barring the Prime Minister -- who is permitted an Indian Air Force helicopter for security reasons -- the EC's Model Code of Conduct does not permit anybody else to fly in a government chopper and they must rent out one.

The EC has also stipulated that all expenses on using fixed wing or rotary wing aircraft must be paid by the parties with suitable accounting, maintain detailed passenger manifests, exact departure/arrival timings, proper maintenance records with the district administration, etc.