Twelve People Died In Kabul Airport Due To Stampedes Not Gunshots: An Eyewitness

Mubariz spoke to Outlook over a call at 3:00 am from the Kabul airport on August 20 and narrated the chaotic situation which led to the death of around 12 people.

Faruk Mubariz (28), a doctor was among 3,000 people waiting for a US Air Force plane at the Hamid Karzai International Airport in the wee hours on August 20.

He reached the airport at noon on August 19 and got an entry into the terminal building at 5:00 pm. He said that the crowd was uncontrollable as everyone was pushing each other to enter the terminal building. Mubariz spoke to Outlook over a call at 3:00 am from the Kabul airport on August 20 and narrated the chaotic situation which led to the death of 10 to 12 people. Excerpts:

Q: How did you reach the airport from home? Did you face any problems while on the way?

A: I hired a taxi from home and reached the airport in about 20 minutes at around noon. There was no problem on the way. The Taliban militants were there on the streets but they didn’t stop or create any problems. It was a peaceful and smooth journey but when I reached the airport, I saw a huge crowd which kept on increasing as time went by. By the time I had reached the airport, four people of older age had already died due to suffocation. About 6 to 8 more died while I was in the queue to enter the terminal building. 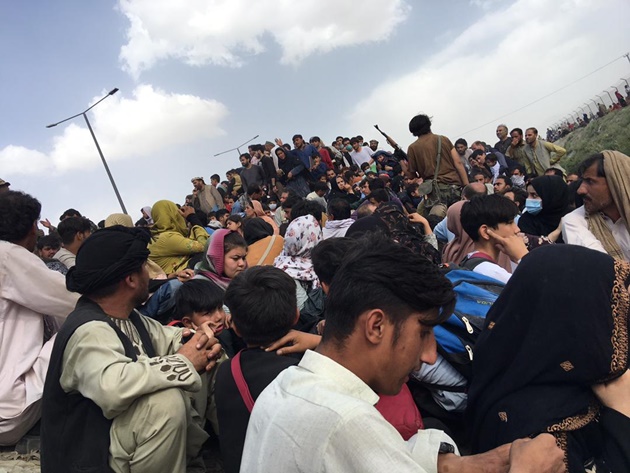 Q: You shared some pictures and videos in which one can hear some gunshots. What’s that? Were the Taliban firing at people?

A: No, not at all. Let me explain to you the current security system at the airport. The outside security is in the hands of the Taliban, whereas, inside the airport, the US army is maintaining the security. They are not at war with each other right now. The Taliban are not coming inside the airport. The gunshots were fired by the Taliban militants in the air to scare and control the crowd as people were disorganised and jumping on each other. Everyone was trying to enter the airport. In that process, about 6 to 8 people died when I was in the queue. Mostly they were older people. They suffocated and died. I don’t know if they had any health ailments. But I can say with certainty that none of them died due to any gunshot. Neither Taliban militants nor the US Army fired any shot at people who were waiting there.

Q: Was there any immediate medical help provided to those people who fell unconscious due to suffocation and died

A: No, there was no medical team to attend them. I guess the family members tried to take them to the hospital.

Q: Where are you going? Do you have a visa to any country?

A: No, I don’t have any visa to any country. I want to go to Qatar or any other city from here.

Q: But how will you go to Qatar or anywhere? Are flights operating from Kabul to other cities?

A: Only the US Army planes are flying. They transfer at least 6,000 to 9,000 people daily. These people are eligible to travel to the US as they are from the Afghan army or others who came to Afghanistan and have stuck here due to several reasons. They are eligible and they can fly.

Though we are not eligible yet these US Army planes will take us to Qatar or any other city. When we reach our destination city, let’s say Qatar, we will register at the International Organization for Migration (IOM). Then, they will decide about our immigration issues.

There is another terminal from there only military personnel are boarded. Currently, about 7,000 army men are waiting to board the plane once it arrives.

Q: So, you will just enter the aircraft without any visa. Will you be allowed to enter?

A: Yes, it happened in all the US Army planes left from here in the past few days. Whosoever got an opportunity will gatecrash and enter the aircraft. It gets jampacked. In the previous flights, people clung to the wheels, doors, and other parts of the aircraft. They fell and died. There is no need to get any permission. I am highly obliged to the US government and the US Army who are helping us to evacuate the country. 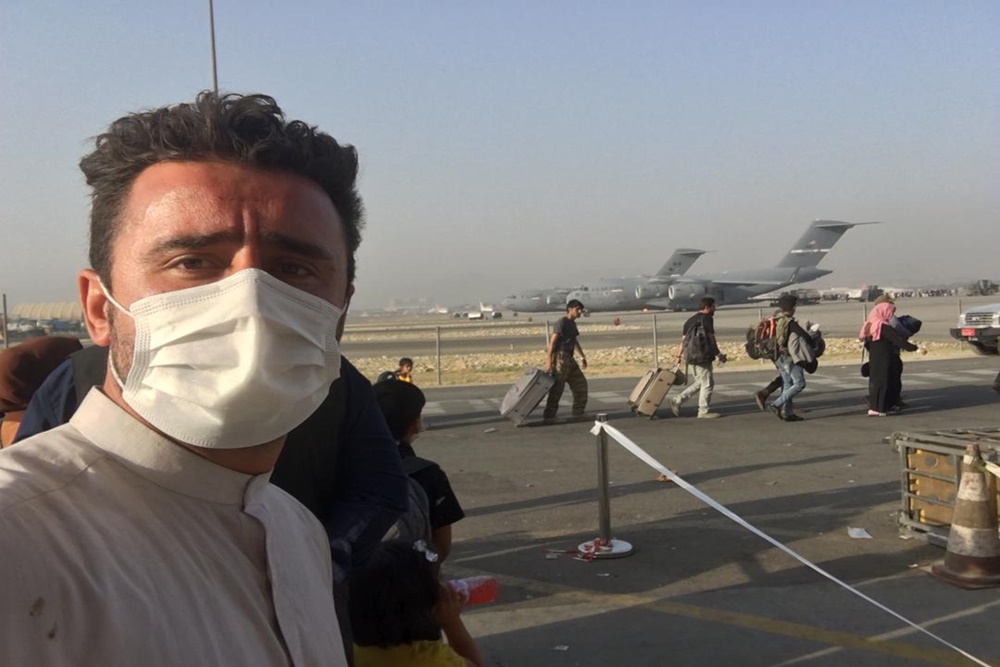 Q: You mean to say that all 3,000 people will run to enter the plane and whosoever succeed, will fly to Qatar and rest will be left behind to wait for another aircraft?

A: I guess it shouldn’t happen like this now. It happened initially when the Taliban had arrived in the city. But I believe the boarding will happen in an orderly manner. First, those who are eligible to travel to the US will be allowed to enter and once they are in only then others will get an opportunity to board the flight. I believe we go in queue and whosoever is the first will enter inside.

Q: Why do you want to leave Kabul? Why are you scared of the Taliban?

A: I want to leave this country and settled elsewhere. It is not safe now to live in Kabul. I have my sisters at home. Women have no rights under the Taliban. Besides uncertainties, there is no source of livelihood. 90 per cent of people are jobless and the situation has deteriorated further. I am unemployed here. My father and sister have lost their jobs after Kabul came under the Taliban occupation. That’s why I want to leave for another country. I will see where I will get an opportunity to relocate.