Watch: Trailer Of 'Delhi Bus' Released, A Film On Nirbhaya Who Fought For Her Life And Dignity

Director Sharique Minhaj said that the movie is dedicated to Nirbhaya who fought for her life and dignity. The film stars Divya Singh, Aanjjan Srivastav, Neelima Azeem and Sanjay Singh. 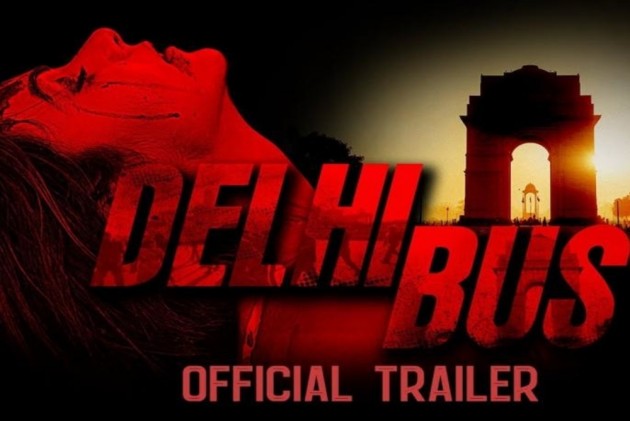 Director Sharique Minhaj released the trailer of 'Delhi Bus', a Hindi feature film inspired from the painful and tragic ‘Nirbhaya gangrap case’ in Delhi, on Sunday.

Sunday marks the sixth anniversarry of the incident.

The film titled as 'Delhi Bus' is a tribute to a young Delhi professional who came to be known as Nirbhaya after the horrific gang rape in 2012.

A Vipul Shah Production, the plot of the film is inspired by the charge sheet which was filed in a Delhi fast track court detailing the roles of the accused. It also raises questions about women's safety in the country.

"Atrocities against women is one of the major topics of discussion in the country today. So, we thought of making (something) which can make a difference to the society, highlighting the problems in an artistic manner," Minhaj said in a statement.

"We want to dedicate it to Nirbhaya who fought for her life and dignity. We are paying a tribute to her with the film," he added.

The 23-year-old paramedic student was gangraped on the intervening night of December 16-17, 2012 inside a moving bus in South Delhi by a gang of six persons and severely assaulted before being thrown out on the road naked. She succumbed to her injuries on December 29, 2012 at Mount Elizabeth Hospital in Singapore.

The incident triggered outrage and protests across the country, and she subsequently came to be known as 'Nirbhaya', the fearless.

The title role is being played by Haryana based Divya Singh who was earlier seen anchoring TV shows. The film also stars Aanjjan Srivastav, Neelima Azeem and Sanjay Singh.

This film is slated to release on January 25 next year.

What Happened On That Dark Fateful Night Of December 16, 2012

Its six years now, but the scenes from the night of 16, 2012 still haunts the souls of the nation. A 23-year-old paramedic student had just finished watching American survival drama "Life of Pi" and was heading towards home with her friend. Little knowing that their own lives will change forever in sometime, the two were looking for an auto-rickshaw to reach home.

But, none of the auto-rickshaws were ready to go. Then the fateful bus arrived. An off-duty charter bus, with six male occupants, including the driver, stopped by and offered them a ride. The duo as they were getting late, boarded the bus thinking there are other pssengers too. Within minutes the six co-passengers started abbusing the two. They were not passenegers, but a group of friends who had made plans for the night.

They attacked Nirbhaya's friend with an iron rod. And then turn-by-turn they brutally gang-raped Nirbhaya.

Half dead and in pain, the two were later found and taken to Safdarjung Hospital, where they were given emergency treatment.

According to medical and police reports, Nirbhaya had several bite marks on her body while her intestines, genitals and uterus were gravely damaged. 11 days after the assault, Nirbhaya was transferred to a hospital in Singapore where she died from her injuries two days later.

Six, including a juvenile were arrested in the case. Mukesh (29), Pawan (22), Vinay Sharma (23) and Akshay Kumar Singh (31). One of the accused, Ram Singh, allegedly committed suicide in Tihar jail while a juvenile was sentenced to three years' punishment in a reform home.

The four others were sentenced to death in 2013 and their capital punishment was upheld by the Supreme Court.