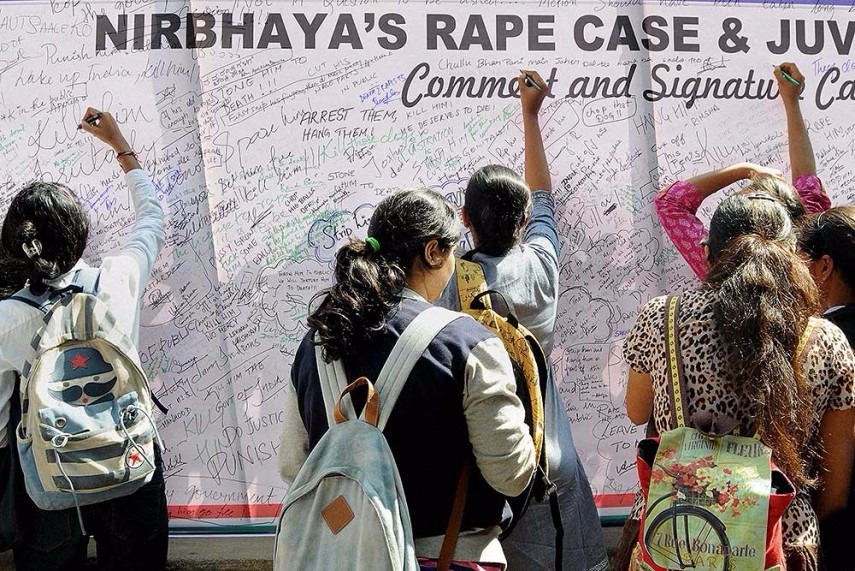 Print
A
A
A
increase text size
Outlook May 06, 2017 11:09 IST Delhi Recorded 1 Rape Case Every 4 Hours, After Nirbhaya Verdict Cops Now Hope For a Change

The Supreme Court's verdict in the December 16 gangrape case will have the "best demonstrative effect" in containing crimes against women in Delhi which recorded a case of rape every four hours last year, the police administration believes.

According to data shared by the Delhi Police, 2,155 rape cases were reported last year while till March 15 this year, over 300 such cases have been reported.

The Delhi Police has taken various initiatives, including launching a mobile application, Himmat, to help women in distress and providing self-defence training.

Time to time, it keeps organising events where women are distributed pepper sprays.

"This is perhaps one of the most gruesome cases and the Supreme Court judgement punishing all the accused to death will have the best demonstrative effect in containing crimes against women and social orderliness at large," said Dependra Pathak, Chief Spokesperson and Special Commissioner (Operations) of Delhi Police.

The Supreme Court today upheld the death penalty given to four convicts in the December 16, 2012 gangrape and murder of a 23-year-old woman.

A three-judge bench of the Supreme Court, through a unanimous verdict, upheld the Delhi High Court judgement on death penalty to the four convicts.

The HC had concurred with the trial court decision in the gang rape that took place in South Delhi's Vasant Vihar on December 16, 2012.

Those who will face the gallows are Mukesh (29), Pawan (22), Vinay Sharma (23) and Akshay Kumar Singh (31). One of the accused, Ram Singh, allegedly committed suicide in Tihar jail while a juvenile was sentenced to three years' punishment in a reform home, and released in 2015.

The six men had attacked the 23-year-old paramedic student, and a male friend in a moving bus as it drove through the streets of New Delhi on the night of December 16.

Later on, she succumbed to her injuries, on December 29, 2012 while undergoing treatment at Singapore's Mount Elizabeth Hospital where she was flown by the government.

Continue FREE with Ads Pay Rs. 1 to Read Without Ads
READ MORE IN:
Society
Next Story : Muslim Group In UP Bans 'Triple Talaq' At One Go
Download the Outlook ​Magazines App. Six magazines, wherever you go! Play Store and App Store