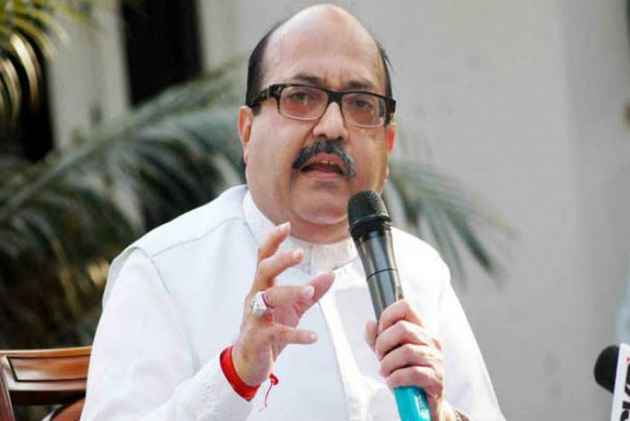 Amar Singh on Tuesday hit out at the Samajwadi Party and the BSP in Uttar Pradesh by dubbing them as "castiest" and said he would prefer to support Prime Minister Narendra Modi and state Chief Minister Yogi Adityanath.

The expelled Samajwadi Party leader's remarks came a day after Modi said Singh knew the people who interact with industrialists behind the curtains.

The prime minister, while launching projects in Lucknow yesterday, had attacked the opposition for claiming that he prefers to get clicked with industrialists.

Singh was present at the UP government event.

"I believe in politics of sanity and sensitivity...There is no Congress in UP. It is a fringe player. The SP and BSP are the two sides of the same coin," he said.

He said the two parties symbolise "castiest politics" and believe that secularism is appeasement of only one community.

"It is for you to decide to prefer Modi and Yogi or 'babua-bua'," he said.

Singh, who was a Rajya Sabha MP from the SP, was expelled from the Akhilesh Yadav-led party last year.