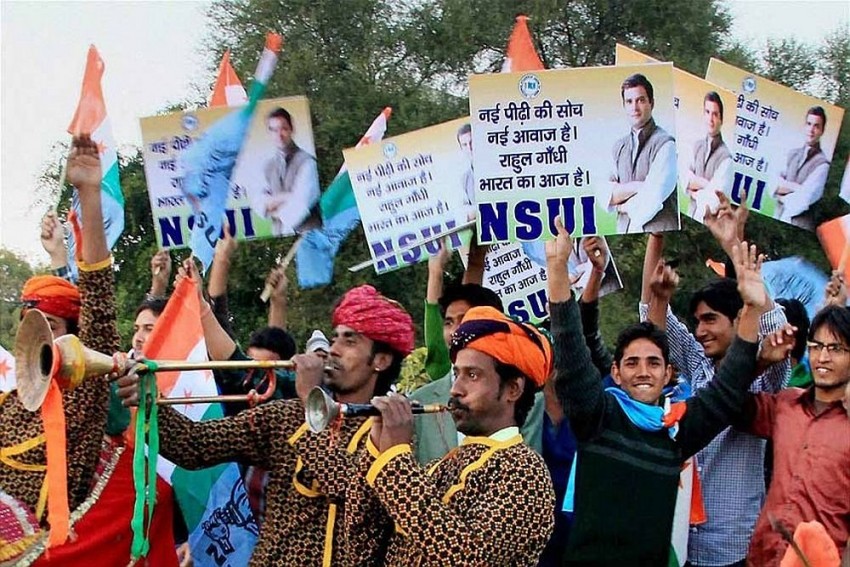 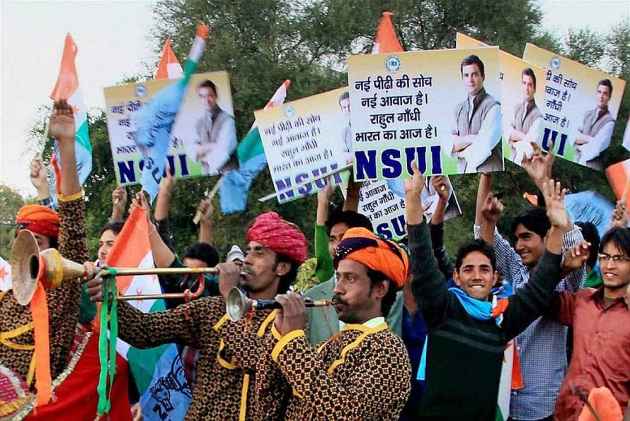 The Delhi University Student Union president is now from Congress affiliated NSUI, a win for the party after four years. Rocky Tauseed, freshly elected DUSU president, tells Pragya Singh why he won and why the Delhi High Court had to clear his way to the post.

What has propelled NSUI to the top position in Delhi University this year?

The biggest reason for our victory is student’s rage against ABVP. Students became especially angry after the Sangh-affiliated student union’s role in the Ramjas College incident. Even a teacher of Sriram College of Arts and Commerce was assaulted over his marks by an ABVP member. ABVP spread the politics of division and students disliked this.

Did DU students care about anything happening outside campus?

They are most worried about the lack of jobs. The youth feel their faith in (Prime Minister Narendra) Modi, because of which they voted for him, is broken. Students need job opportunities, which we all know have not been created.

Job crisis has been around for long—didn’t NSUI always raise this in college elections?

Actually, ABVP keeps repeating its previous years’ election manifestos. They promise things like hostel facilities but hostels never get built. This was just going on and on. When we raised issues, assured students things like fare concessions on Delhi Metro, they came to us. Today there are only seven U-Special buses. We want this service fully restarted. We promise women’s safety on campus. But the main issue we won on is democracy. ABVP office bearers stopped the screening of a film on the campus last year. Then the Ramjas fight happened. They were indulging in absolute goondaism.

How will NSUI do things differently?

A university is a place of thinking. There should be complete freedom for thinking, for everybody’s views.

Students will be allowed to discuss things freely?

Yes. Students felt oppressed by ABVP. That is why PM’s Mann Ki Baat was on September 11, one day before DUSU elections, but the next day students showed what they really think. ABVP didn’t even do chai pe charcha (discussions while drinking tea). They spent lakhs of rupees on tea during these elections but it was just chai pe kharcha (spending money on tea).

One concern in DU is of students who avail reservations. What is your position on such issues?

These students are right to be afraid. RSS’ Mohan Bhagwat had even said reservations should be changed…

What do you think? Should there be debate on reservations?

Debates can always go on. They are always on…

Debate on economic instead of caste as criteria for reservation?

That debate can go on.

Is NSUI OK to curtail reservation?

That will not happen—we will not seek to cut reservation.

Some DU colleges have no infrastructure, absenteeism, badly stocked libraries. What can you do?

Outer (district) colleges have this problem. It is in our manifesto, if SRCC can have certain facilities the same must go to Shraddhanand College and PGDAV College as well. There should be no discrimination or dual standard.

Why was your election hectic? Many fights, court cases—why?

ABVP was nervous. Till the last minute they tried to stop me, even got my nomination cancelled. They knew I am tough to beat. I have been working hard for the last three years. They wanted to suppress me. During counting, first we were told we have a 3:1 win. Then we were told we lost. So we had to go to the High Court. After recounting we lost the joint secretary’s post. But we know he is also a safe candidate. I am sure we will secure that seat too. We have filed a complaint against that result and tomorrow DU’s Grievance Committee will consider it. I don’t expect justice from the university—I have seen how they function—but we will get justice from the courts.

AISA and its supporters were involved in the Ramjas protest. It’s ABVP and AISA students who clashed. Did this help NSUI? Did it rouse all anti-ABVP voters?

AISA was holding a protest at Ramjas and ABVP was fighting them. At the time I asked students how they felt. It was clear they were frustrated. Attendance had dropped at Ramjas College immediately after the incident. Students were afraid something would go wrong, they might even get thrashed. They told me they want to study. DU, in any case, has few AISA people. We got anti-BJP votes and votes from all the neutral students.

Top Congress Party leaders are calling you, including party president Sonia Gandhi. Is there a strategy for DU in the works?

We want a model DUSU. Students’ budgets will not be misused. Decisions will be taken after discussion and debate on any issue. There’s not going to be a dictatorship.

ABVP has established a good presence in DU—they would oppose you often.

Actually they are unable to get a firm foothold. The students have just now rejected their formula. They know they cannot win by giving out movie tickets.

Your father came to the university the day you won. Why?

He came to see me. He had told me the night before—‘sleep well son, don’t worry, you’re going to wintomorrow’. From the news, he had noticed the environment in DU is totally in our favour. That is why I say, I am not surprised we won. Students are alienated from ABVP.

What about divisive issues? What about beef or the lynchings over cow slaughter? Would you allow debates on these?

Students have realized that ABVP is playing a divisive game. They seek jobs, not these fights. All I can say today on beef issue is that we have a long journey ahead: lamba safar hai.