After sporting events in 2020 were hampered by coronavirus, 2021 saw major events like the Tokyo Olympics being staged. Indian athletes, especially the Paralympians, shone in Tokyo 2020 but cricket was not to be left behind.

Amid the gloom of coronavirus, Indian sports shone like never before in 2021. But 2021 being an Olympics year, which came a year late thanks to the global pandemic, Indian sports also had its share of Games flavour. But cricket, India's first love, gave fans a lot of joy and pride as a depleted Indian cricket team won a cricket series in Australia, courtesy of a new crop of youngsters who are going to be future stars of world cricket.

Here's a look at 10 unforgettable moments:

Nothing trumps an Olympic gold medal. And for a country that is so enamoured with everything that glitters, a certain gold continued to elude the Indians for such a so long time that it has become a national obsession. But at Tokyo Olympics, Neeraj Chopra not only ended a 13-year wait for an individual gold but also became the first Indian track and field athlete to win a medal at the Olympics.

In Tokyo, India also won their greatest haul of medals at any Olympics with the Paralympians returning home with five gold, eight silver and six bronze for a total of 19. India finds their heroes hailing from every corner of the country. And the biggest star of the Indian campaign was arguably the 20-year-old Avani Lekhara, who won a gold and bronze. But there were numerous others who have won the hearts and minds of fellow countrymen with their indomitable spirit. 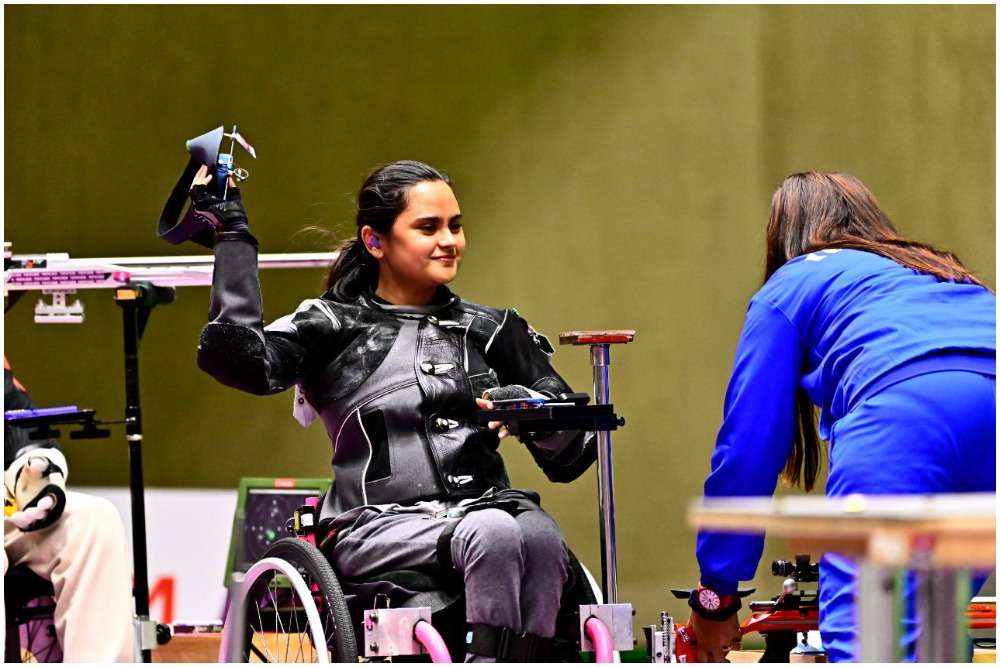 India ended their Olympic hockey medal drought with the men's team winning the bronze medal at the Tokyo Games. India defeated Germany 5-4 in a thriller. India, still the most successful Olympics hockey nation last won a Gold medal at the Games in Moscow 1980. The women's team also came close to opening their medal account in Tokyo. But they lost to Great Britain in the bronze medal play-off.

India probably sent their strongest Olympics contingent to Tokyo. The anticipation for an unprecedented medal haul was there. But the boisterous contingent with world-class shooters, archers, wrestlers and boxers still needed a good start at the 2020 Games. And Saikhom Mirabai Chanu provided that start with an exemplary performance on the opening day of the Games by winning a silver medal. It's another matter though that a majority of India's medal hopes returned empty-handed.

Who doesn't love an underdog story! For millions of Indians, the script to such an enduring story was provided by Lovlina Borgohain with her epic performance during Tokyo Olympics. She won a bronze medal in women's boxing and in the process became only the second Indian female boxer and third overall after legends MC Mary Kom and Vijender Singh to win an Olympic medal. She was also the first woman to qualify for the Olympics from Assam.

PV Sindhu is now a habitual winner, a rare trait for Indian sportstars. A bonafide global superstar. Already a world champion, and one of the most successful shuttlers, PV Sindhu became the first Indian woman and second from the country to win individual medals at multiple Olympic Games. The Rio silver medalist won a bronze at the Tokyo Games. And the best part is, PV Sindhu is only 26 years old. 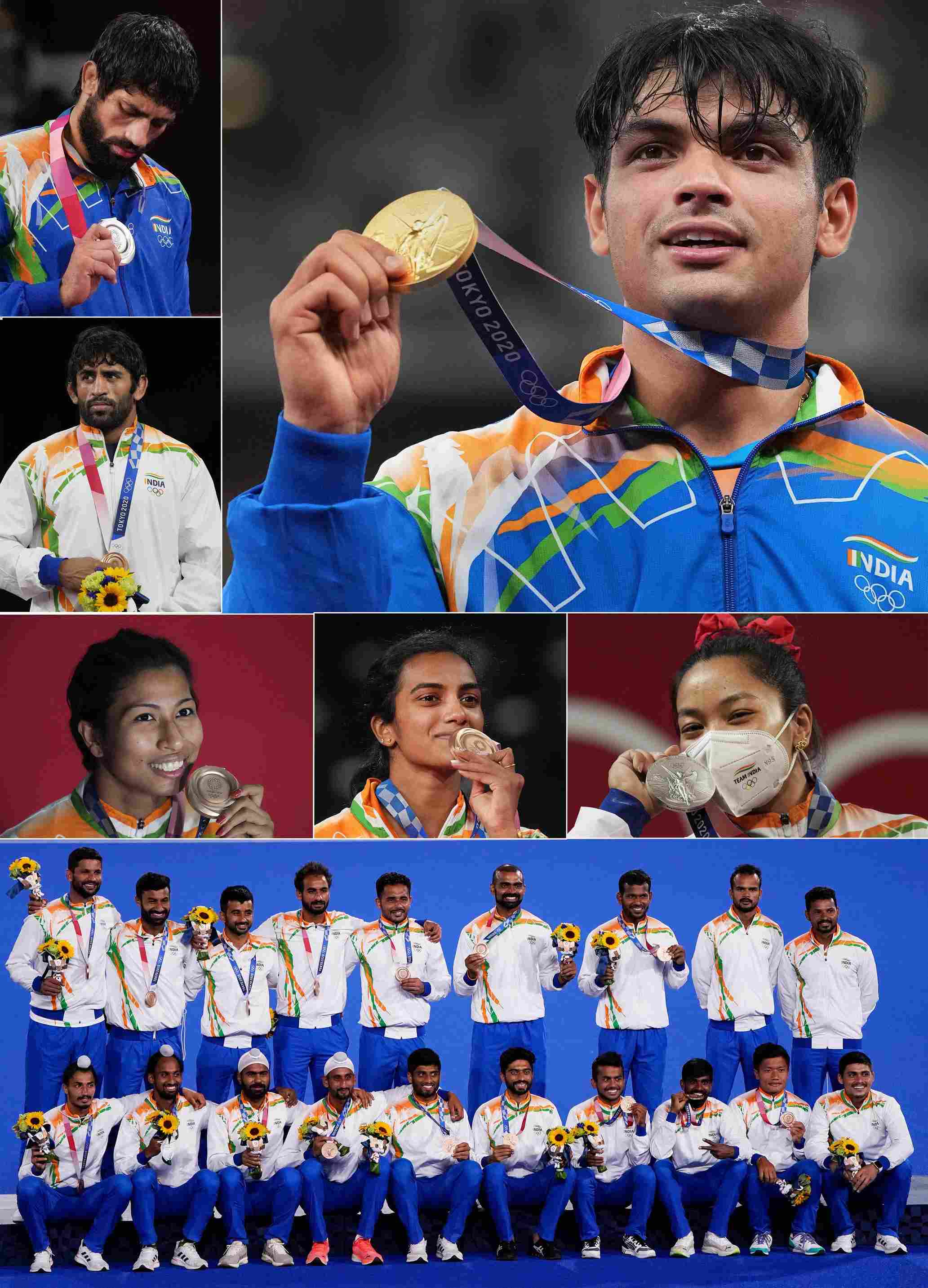 India were walking on the crutches as the grueling tour Down Under hit the final stretch. But a group of unheralded players ended Australia's legendary stranglehold at fortress Gabba by registering arguably one of the greatest Test wins in the history of cricket. The win in Brisbane also helped India complete back-to-back Test series wins against Australia in their own backyard.

India captain Sunil Chhetri will be remembered as one of the most prolific scorers in international football. He's already the joint-second in the list of active scorers' lists along with Lionel Messi, and only behind Cristiano Ronaldo. And in 2021, Sunil Chhetri (80) also surpassed legendary Pele's (77) haul of international goals.

Chennai Super Kings produced a vintage performance to win the 2021 edition of the Indian Premier League (IPL) in UAE. Often jeered as 'Dad's Army' because of their line-up of 'old' players, Mahendra Singh Dhoni's men showed that experience matters even in an ever-evolving format that demands powerplay in its truest form. The win also helped CSK move closer to Mumbai Indians' record of five IPL wins.

Often hailed as the pillar of Indian women's cricket, Mithali Raj is still going strong at 39. And in 2021, she became the highest run-getter in women’s cricket across formats, overtaking former England captain Charlotte Edwards (10,273). Mithali Raj achieved the feat during the third England vs India ODI match on July 3. She will start the new year on 10,454 international runs.