Home  »  Website  »  Sports  »  WATCH: Sitting Next To Each Other, Cristiano Ronaldo Asks Lionel Messi Out For Dinner Date

WATCH: Sitting Next To Each Other, Cristiano Ronaldo Asks Lionel Messi Out For Dinner Date 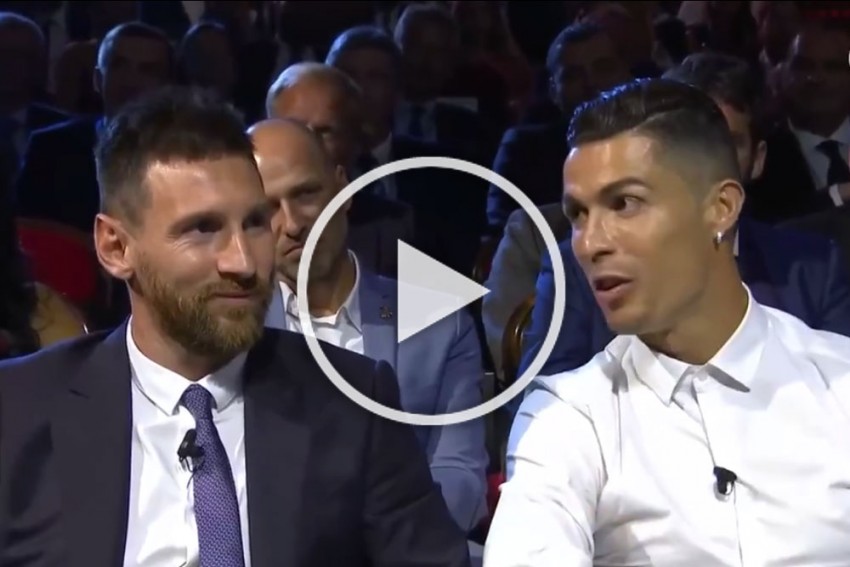 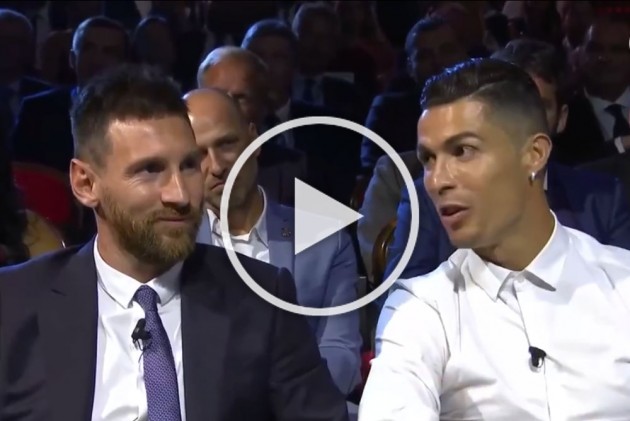 Portuguese superstar Cristiano Ronaldo has expressed his desire to have dinner with arch-rival Lionel Messi, adding that they have dominated football for the past 15 years like no other player in the history of the sport. (More Football News)

"We shared the stage, me and him for 15 years. I don't know if it has ever happened in football before, it's not easy," Ronaldo told BT Sport on the sidelines of the UEFA awards night.

"We have not had dinner together yet, but I hope so in the future."

"It's great to be a part of the history of football. I am there, and of course, he is as well."

Also Read: Messi 'Made Me A Better Player', Says Ronaldo

Liverpool's Virgil van Dijk was named 2019 UEFA Men's Player of the Year, beating Messi and Ronaldo at the same stage.

"We have a good relationship, we have not had a dinner together yet, but I hope to have in the future," said Ronaldo with a smile on his face with Messi seated beside him.

Ronaldo and Messi have won the Ballon d'Or five times each.

Ronaldo also admitted that he missed playing in Spain and the rivalry with Messi.

"Of course I miss playing in Spain, we had that battle over the last 15 years. He pushed me and I pushed him as well, it's good to be part of football history," Ronaldo said.

There were reports recently that Ronaldo could retire by next year, but the 34-year-old said that he would continue playing.

"Well, he's two years younger than me," Ronaldo said pointing at Messi when asked if the pair would call it a day around the same time.

"But I think I look good for my age. I hope to be here next year and in two years, three years," Ronaldo said.