England have dropped out-of-form Jason Roy for the final Ashes Test, but Joe Root has no doubt the batsman can force his way back in. 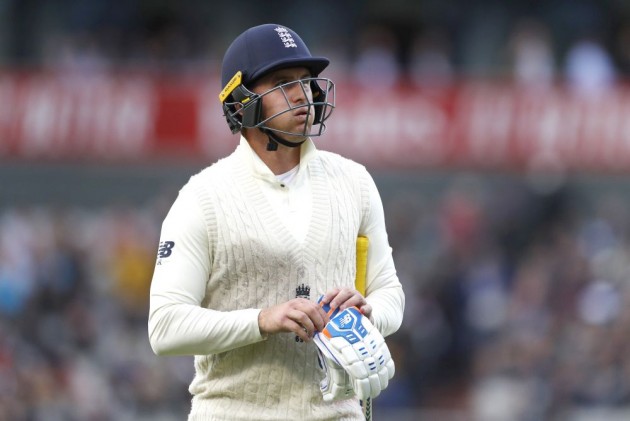 Joe Root insists Jason Roy has not reached the end of the road in his Test career after the batsman was dropped by England for the final Ashes match against Australia. (CRICKET NEWS)

Roy came into England's squad for the Ashes on the back of an impressive World Cup, but the 29-year-old - who opened the batting for the first three Tests before dropping to number four at Old Trafford - has failed to recapture the form he has shown in one-day cricket.

With all-rounder Ben Stokes having sustained a shoulder injury in the fourth Test, England have brought in Sam Curran as an extra bowler. That meant Roy, who accumulated just 110 runs from eight innings, misses out, while Chris Woakes has replaced Craig Overton.

Root, however, has no doubt Roy will work on improving his game in order to force his way back into consideration ahead of England's tour of New Zealand in November.

ALSO READ: Tim Paine Has No Plans To Call Time On Australia Captaincy

"It's always tough to leave guys out, but Stokesy suffered a shoulder injury in the last game and won't be able to bowl the overs you'd normally expect him to, and with that we've had to change the balance of the side," Root told a news conference.

"Jason's the unfortunate one to miss out. He's had an opportunity to come in and play Test cricket, get a feel for it.

"It's not quite gone how he would have liked but I’m sure he’ll go away, work extremely hard and come again and that’s what you'd expect of guys when they get left out.

"I'm sure he'll have that attitude, want to prove a point and get himself back into the side."

"Yes," Root said, when asked if he had spoken to Roy, who made his Test debut against Ireland in July.

"When you leave someone out you obviously have those conversations, and he’s very aware of where he's at and what he needs to do to get himself to the best place to perform in Test cricket."

Outgoing England coach Trevor Bayliss said on Tuesday that, despite media speculation, there was "no pressure" on Root's position as captain despite the team's failure to regain the Ashes.

And the Yorkshire batsman is adamant his side have plenty to play for heading into the final Test at The Oval.

"[It was] bitterly disappointing to not have got the Ashes back, but we haven't lost anything yet, we've got to make sure we square the series up and there's Test Championship points to play for as well which could make a huge difference," Root said.

"There's plenty to play for, the guys are very aware of that and determined to make sure we make the series 2-2.

"In terms of my own captaincy, I know the direction I want to take this team in and it's about starting that now, not after this series. We need to use this as a stepping stone, win this game, have a really strong winter and move forward as a group."