Australia retained the Ashes with a 185-run win at Old Trafford last week. Tim Paine's side will be looking for a 3-1 series victory when it faces England in the fifth and final Test at The Oval, starting Thursday (September 12). 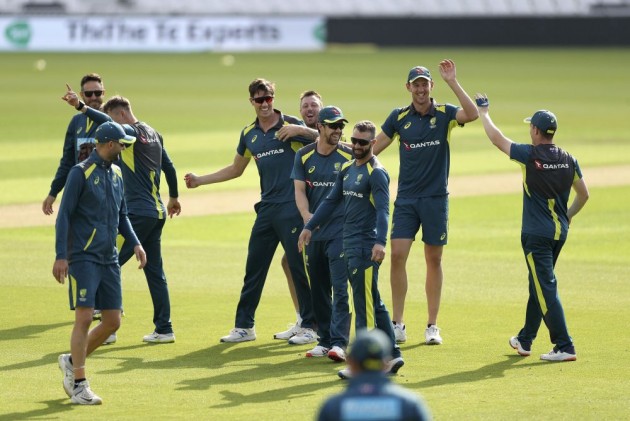 Australia head to The Oval hungry to win their first Ashes series in England since 2001 as the peerless Steve Smith seeks to inflict further pain on the hosts. (CRICKET NEWS)

Tim Paine's men finally saw off stubborn England at Old Trafford on Sunday to take a 2-1 lead in the five-Test series with just one match to go, meaning they will retain the urn.

To stand any chance of levelling the series, the World Cup winners will have to find a way to solve the riddle of the immovable Smith, who has scored 671 runs in just five innings at an astonishing average of more than 134.

The former captain, top of the international rankings, has carried his team's batting with three centuries and two fifties, including a double-century in the win in Manchester, with Marnus Labuschagne the only other batsman who has shown any consistency.

Smith, who returned to Test action in England after completing a 12-month ball-tampering ban, has made his mountain of runs despite missing three innings after he was felled by a Jofra Archer bouncer.

Given a full series, the freakish Smith might well been even closer to Don Bradman's mark of 974 runs for the most runs ever made in a Test series, set in 1930.

The other key factor for Australia has been the strength of their pace attack, with Josh Hazlewood and World No. 1 Pat Cummins catching the eye with 42 wickets between them.

Australia coach Justin Langer, revelling in having the world's top-ranked batsman and bowler at his disposal, is urging the other batsmen to step up in the match starting on Thursday, even though he admits they lack experience.

"You can't just give them that experience, they have to earn that and we're very thankful to have Steve batting," he said. "I've never seen batting like that.

"You've still got to perform whether you're young or you're a veteran, but we also have to recognise they are young batsmen and it's a really tough school and hopefully they'll come through at some point."

Joe Root must inspire his troops to one last effort after a gruelling season in which England became world champions in the 50-over format for the first time.

Their failure in the Ashes has prompted questions over the Yorkshireman's position, but outgoing coach Trevor Bayliss is adamant the captain retains the support of the England hierarchy.

"He's not come under question from anyone making any decisions," Bayliss said. "He's under no pressure at all."

Speaking about Root's form with the bat, Bayliss added: "Everyone goes through periods where they don't score as many runs as they'd like. I think the Australian team have bowled pretty well to him."

England talisman Ben Stokes was included in an unchanged 13-man squad but will be assessed to find out whether he is fit to bowl at the Oval.

The England vice-captain did not bowl in Australia's second innings at Old Trafford following a right shoulder injury sustained in the tourists' first innings.

If Stokes is unfit to bowl in London, he is expected to play as a specialist batsman, meaning either Sam Curran or Chris Woakes would come into the side and one of the struggling batsmen would make way, perhaps Jason Roy.

Stokes is England's top-scorer in the series, with 354 runs and two centuries but, with the exception of Rory Burns, the rest of the batsmen have struggled to build totals for the bowlers to defend.

In the continuing absence of the injured James Anderson, Root will be relying on his new-ball pairing of Stuart Broad and Archer to do the damage.

But he will know that for every minute Smith is at the crease, any hopes of denying Australia a first series win in England for 18 years will recede.