Sevilla Vs Real Betis: 'Derby - Fans = Nothing' – La Liga Returns But Charm Will Be In Short Supply

La Liga will return with Sevilla against Real Betis on Thursday, but can it really be considered a derby without fans? 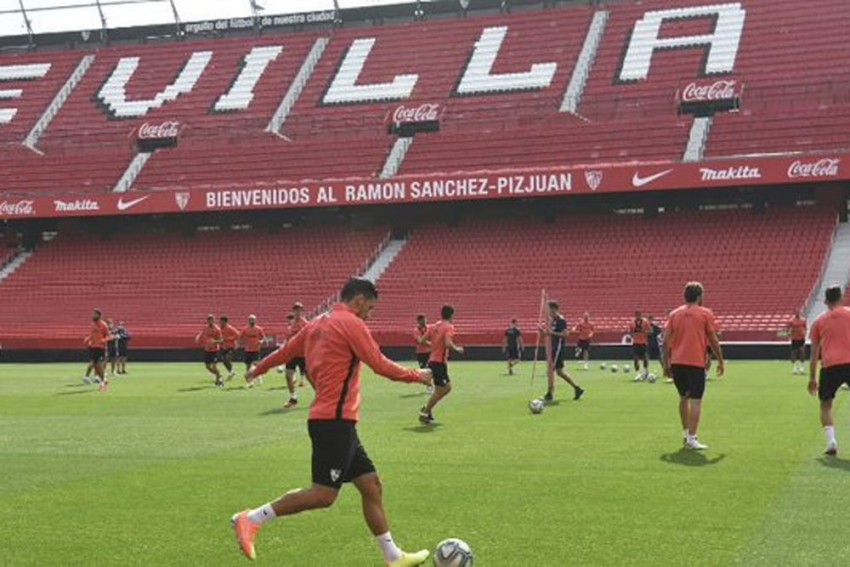 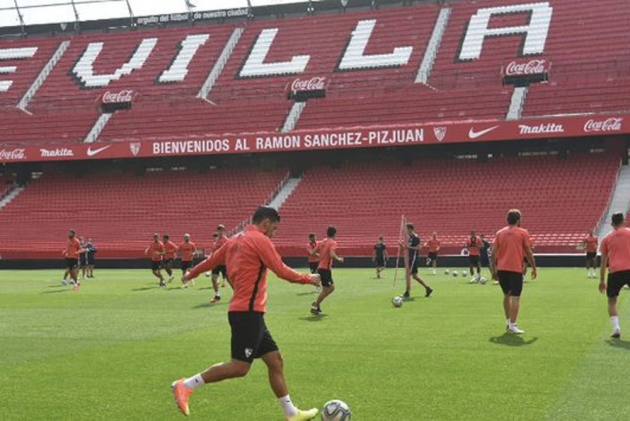 Walking through Seville's Nervion district on derby day at the Ramon Sanchez Pizjuan is an experience to behold.

Approaching the stadium from the north west, you stroll past a huge congregation of supporters waving flags, scarves and flares on Calle Luis de Morales right outside the Melia Lebreros – the hotel Sevilla players stay in before home games.

The street is blocked off for traffic at either end, the blue lights from the police's intimidating riot vans clearly visible above the crowds, and a reminder of the hostilities.

Hearing even louder chants, you head for an opening between a department store and a row of smaller shops – as soon as the corner is turned, everything begins to hit.

A seemingly endless sea of people appears in your path, the noise levels rise exponentially and a host of smells swarm you. The stench of police horses, alcohol and flare smoke are all prevalent as you attempt to squeeze through the thronged mass of 'Sevillistas' singing and chanting, setting off their fireworks as they jump around.

The approximate 250-metre walk to the Ramon Sanchez Pizjuan's north stand takes an age such is size of the gathering, which is essentially a huge street party. It's a fitting atmosphere and spectacle for Spain's fiercest city rivalry.

Except, it will – or, at least, should – be rather different on Thursday, as Real Betis go to Sevilla in La Liga's first match following the coronavirus-enforced suspension, the hosts looking to resume their push for a Champions League spot after three months.

With the contest to be played behind closed doors, El Gran Derbi will lose a significant part of what makes it special – the atmosphere and passion.

Although certain lockdown measures have been relaxed across Spain, fans won't be allowed to attend matches, and both clubs have urged supporters to stay away on Thursday.

More than 600 police officers will be stationed in Nervion, as local authorities attempt to prevent mass gatherings or trouble, while much of the surrounding areas will be completely cordoned off.

Such measures bely an expectation of uncontrollable excitement. Certainly, a glance at the social channels of the clubs and La Liga itself paint a picture of immense enthusiasm.

But for many supporters there is a pre-match feeling of detachment, not because of the three-month hiatus, rather its billing as a 'derbi'.

This is one of the world's most famous city rivalries, a fixture that's steeped in history – Betis were formed due to a breakaway from Sevilla in the early 1900s and tensions have boiled practically ever since, the fiery passion of their supporters key to that, though not always in a positive sense.

But without them this is just a game between two squads made up of players from across the world.

Realistically, there will be no more than three players from either academy on the pitch; Jesus Navas, Joaquin and Antonio Barragan, the latter of whom is by no means a regular for Betis and originally comes from Galicia.

On-lookers might have mistaken social-distancing Betis ultras setting off green fireworks on the bank of the Guadalquivir river the other night as a sign of elation, but with them were two banners. One read 'this is our derby'; 'derby - fans = nothing' said the other.

But these feelings don't come from a perception that fans should be allowed in. If anything, there's a belief football shouldn't be being played at all, currently.

In the past few weeks, Sevilla's Biris Norte ultras have displayed banners of their own near the club's training ground that say, 'football doesn't return, your business returns' followed by La Liga's logo.

There are those from both sides who have scoffed at La Liga's choosing of this match to resume the season, given the disregard the league's president Javier Tebas and the two sets of supporters have for each other.

Tebas is unpopular at the best of times, but in Seville he finds even fewer admirers.

Fans from both teams have engaged in insulting chanting against the official down the years, and although he insists that doesn't bother him, his commitment to drive what La Liga deems to be offensive songs from stadiums has seen Betis and Sevilla seemingly targeted in the past decade.

Angels they are not, but even the local press accuses Tebas and La Liga of double standards.

In May 2015, after anti-Tebas chanting rang out from all corners of Betis' Benito Villamarin stadium, an El Desmarque story covered the latest. "So far this year, the Betis fans are one of the most persecuted in this regard," it read. "Rare is the week in which there are no reports of offensive chants in the Verdiblanco stadium, while in other grounds where these songs are also heard, they are not included in the [sanctions] statement made by La Liga every week."

To some, Tebas' desire for the derby to kick-start the season feels like a slap in the face. Would he have chosen it if supporters were allowed in?

A cynical view, perhaps, and one can forgive Tebas for aiming to stoke intrigue after a three-month break that will have lasting financial implications for most clubs in La Liga, and the league itself.

"It will be the most-watched [Seville] derby in history, not only in Spain, but in the rest of the world," Tebas told COPE on Sunday. "I understand that Sevilla-Betis is going to be a world event."

Tebas' assertion that the derby is "unique" is correct – few will argue that it isn't special.

But in front of empty stands, keeping the charm of 'El Gran Derbi' alive will be a difficult ask for the players on what promises to be a peculiar evening in Nervion.