India will lock horns with Bangladesh in a 2019 World Cup cricket match in Birmingham on July 2 (Tuesday). Against favourites India, Bangladesh must win this game to stay in contention for a semifinal berth. Live streaming of India vs Bangladesh will be available on digital platforms 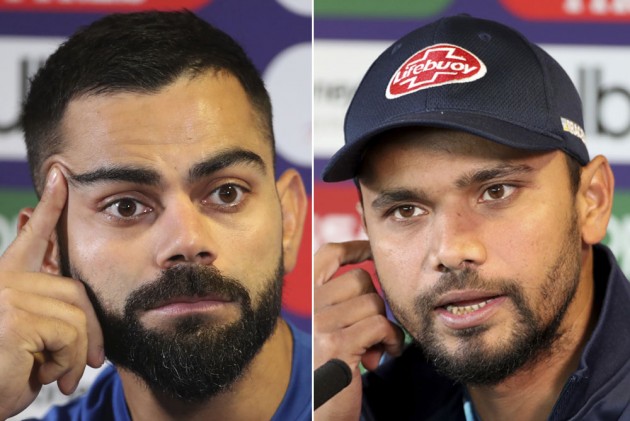 The battle for semi-final berths at the Cricket World Cup will go down to the wire in a thrilling final week full of permutations and possibilities. England have bolstered their chances by beating India at Birmingham on Sunday and now Bangladesh will fancy their chances on an Edgbaston strip good for batting. India are a win away from confirming their semifinal spot while Bangladesh must beat India and then Pakistan on July 5 to nourish hopes of a spot in the knockouts. You can follow live coverage of India versus Bangladesh through live streaming, live TV and live cricket score. India vs Bangladesh is scheduled to start at 3 PM IST at Birmingham on July 2 (Tuesday). (FULL COVERAGE) (IND v BAN HIGHLIGHTS) (SCORECARD)

Defending champions Australia are the only nation who have secured their spot in the last four, while only a crazy set of results would prevent India from joining them in the knockout stages.

But conditions in Edgbaston will be different on Tuesday with the wicket and shorter boundaries quite a puzzle for bowlers and batsmen to sort out. England batted first to pile up a score in excess of 300 against India. Rohit Sharma's century went in vain as the Indian middle order could not accelerate in the final 10 overs. Bangladesh, a team of experienced players, can be a handful if the players are fully fit. Skipper Mashrafe Mortaza, Mushfiqur Rahim, Tamim Iqbal and Mahmudullah are all battling various forms of injuries.

Live cricket scores and live commentary can be got from Outlook's Live World Cup coverage. (SCHEDULE and POINTS TABLE)