After his failure with the bat, KKR all-rounder Andre Russell picked up an injury while trying to cover up a dropped catch during their IPL match against KXIP 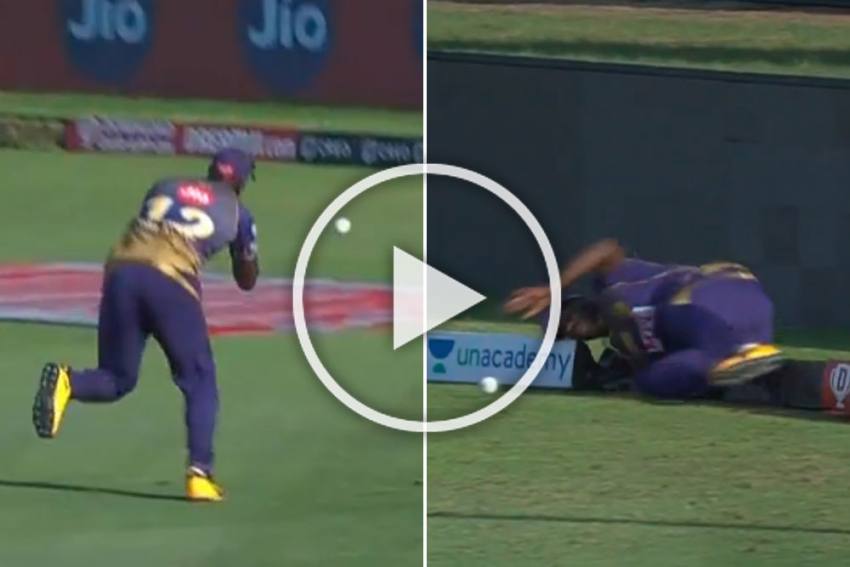 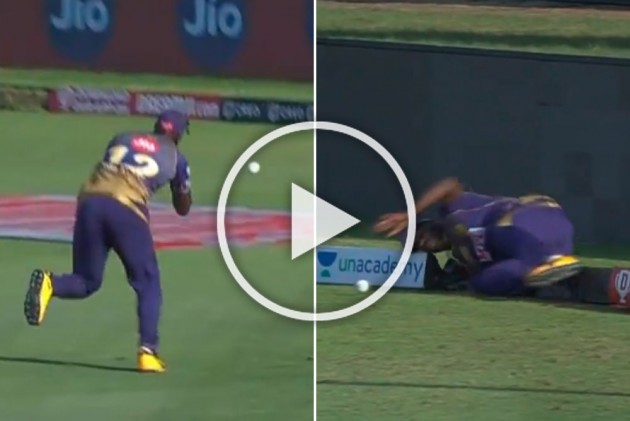 After his failure with the bat, KKR were expecting a good spell from the West Indian. But Russell was forced to leave the field.

Russell dropped KXIP captain KL Rahul off the second ball of the second ball, bowled by Prasidh Krishna, at long off. Then he crashed into the electronic boards while trying to make up a dropped catch, injuring himself.

Russell, who scored five runs, was replaced by Chris Green. And is unlikely to return for the remainder of the match, thus robbing off KKR skipper Dinesh Karthik a very good bowling option.

Batting first, KKR rode on fifties from Karthik and Shubman Gill to set a 165-run target at Sheikh Zayed Stadium.