Intercontinental Cup: Out Of Reckoning For Berth In Final, India Face Syria In Last League Match

After North Korea beat Tajikistan 1-0 on Monday, the Intercontinental Cup match between India and Syria on Tuesday has been rendered inconsequential as far as the home side is concerned 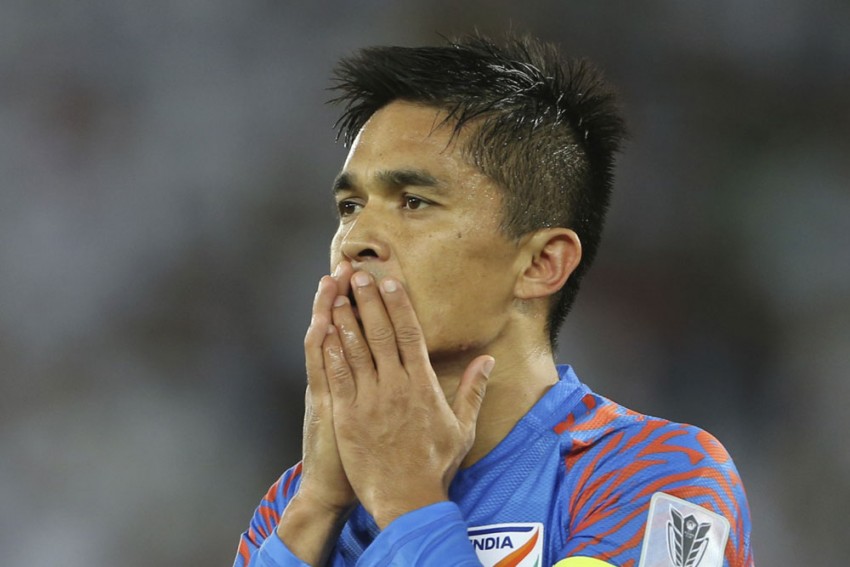 India began the tournament on a promising note, scoring twice in the first half against Tajikistan through captain Sunil Chhetri, but lost the game 4-2, followed by 2-5 defeat to North Korea.
AP Photo
PTI July 15, 2019 00:00 IST Intercontinental Cup: Out Of Reckoning For Berth In Final, India Face Syria In Last League Match 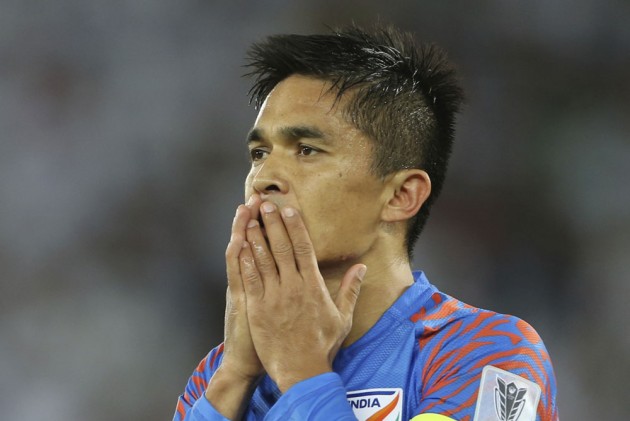 Out of reckoning for a berth in the final after two embarrassing defeats, India would look to end the tournament with some pride when they face Syria in the last league match of Intercontinental Cup at Ahmedabad on Tuesday.

After North Korea beat Tajikistan 1-0 on Monday, the match between India and Syria on Tuesday has been rendered inconsequential as far as the home side is concerned.

For Syria, however, it will be a must-win game, and a victory over India will take the West Asian country to the summit clash against Tajikistan to be played on July 19.

The North Koreans will be hoping India to beat Syria on Tuesday or at least draw the match, as in that case, they will make it to the final. If Syria beat India, the West Asian side will also have six points and a better goal difference than North Korea, and hence will qualify for the final.

Syria have three points and a goal difference of plus one and they just need a simple win against India on Tuesday to qualify for the final.

The top two teams will qualify for the final of the four-team tournament. If two or more teams end at same point, the ranking will be decided through goal difference.

Croatian Igor Stimac has made changes in the Indian team's starting eleven more than two dozen times in the four matches at the helm since taking charge as head coach, and he is expected to continue his 'experiment' against Syria also.

He had said earlier that the Intercontinental Cup will be a preparatory platform for the upcoming 2020 FIFA World Cup qualifiers.

India began the tournament on a promising note, scoring twice in the first session against Tajikistan through captain Sunil Chhetri but let in four goals in the second half to lose the opening match 2-4. The Indian defence was completely out of sorts, committing mistakes after mistakes.

After that disappointing show in the first match, Stimac made nine changes in his starting eleven against North Korea, benching number one goalkeeper Gurpreet Singh Sandhu for Amrinder Singh and bringing the likes of Udanta Kumam and Sahal Abdul Samad only in the second half.

Defensive mainstay Sandesh Jhingan started the match but was replaced late in the first half after feeling pain in his leg following a tackle. It is not known whether Jhingan will play against Syria. If he does not play on Tuesday, India will be hit hard in their defence.

After North Korea pumped in three goals in the first half, India made a spirited come back in the second session but still lost 2-5 to be virtually out of contention for a berth in the final.

Stimac had still said after the heavy loss against North Korea that his players showed "courage and confidence" in the second half.

"In the second-half, we came out with heads up. We had the courage, and confidence when we decided to play football. In the first-half, we played without courage and self-confidence," he had said.

"I gave the players the chance to play for India and asked them to enjoy their football. But if you do not show courage and fight, you cannot win.

"In the second-half, we started taking responsibility and created chances. We were dangerous in front of their goal. But it was difficult to keep the shape and go up and down continuously. But I'm proud of the way they played," he added.