Indian wicketkeeper Wriddhiman Saha, who was replaced by Rishabh Pant on Monday after taking a blow to his ring finger, returned to action on the penultimate day of the Ranchi Test and owned the stage 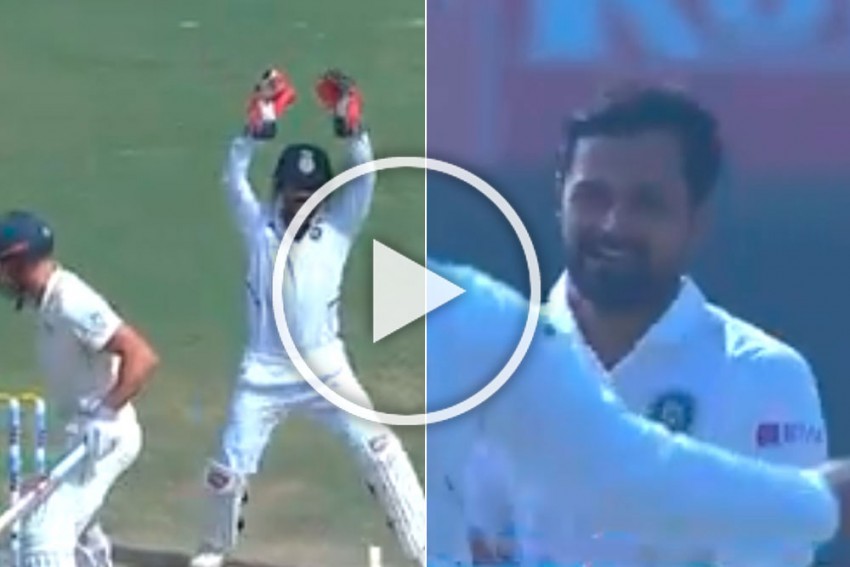 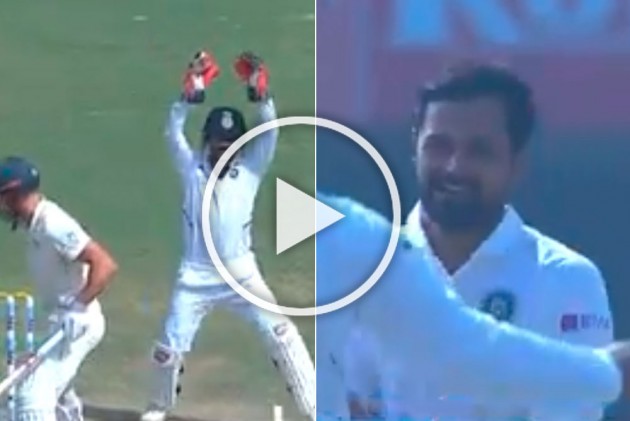 Indian national cricket team made history on Tuesday by completing a 3-0 rout of South Africa with an innings and 202 runs victory in the third and final Test at Ranchi.

And one of the stars of the series was Wriddhiman Saha, the wicketkeeper who was brought back from the wilderness. The Bengal glovesman once again thrilled his fans with some stunning take behind the stumps. Remember those flying catches in Pune. But on the fourth day of the Ranchi Test, Saha took a brilliant low catch to prove he is the best in the business today.

Watch: Bizarre Dismissal To End The IND Vs SA Series

Needing just two wickets complete the formalities, India took just two overs do the job with debutant Shahbaz Nadeem taking both the wickets. Overnight batsman Theunis de Bruyn, who came in as concussion substitute for Dean Elgar, was the first to go as he became Nadeem's first victim in the second innings.

Watch here how Saha took the catch. Mind you, that's as deep as a bottom edge.

It happened off the fifth ball of the 48th over, and the very next ball, the local lad dismissed Lungi Ngidi in the most strange manner to give India the win. Indeed, a joyous moment for him.

And what about the wicketkeeper?  What made that catch even more impressive was the fact that Saha took a blow on the ring finger of his left hand and was replaced by Rishabh Pant on Monday. But he was in the thick of things, after a good night's sleep.

This was Virat Kohli's 11th series win as captain and the first clean sweep over the Proteas who were no match for the hosts. This was India's 11th successive series triumph on home soil.

The scoreline was not only an indicator of India's absolute dominance but also the decline in the standard of South African cricket as the visitors couldn't handle the might of India's batting and the fiery pace attack led by Mohammed Shami.

If Rohit Sharma's coming of age in his new role as an opener with 529 runs, turned out to be a masterstroke in home conditions, Mayank Agarwal also consolidated his place in the side with a double century and a ton, easing India's long-time opening woes.

This was India's sixth clean sweep at home in a three-Test series and the side didn't put a foot wrong during the three-match series, winning the first Test by 203 runs and the second one by an innings and 137 runs.