India beat South Africa by an innings and 202 runs at Ranchi to register their maiden series clean-sweep against the Proteas with debutant Shahbaz Nadeem getting the honours to claim the final wicket, in the most strange manner 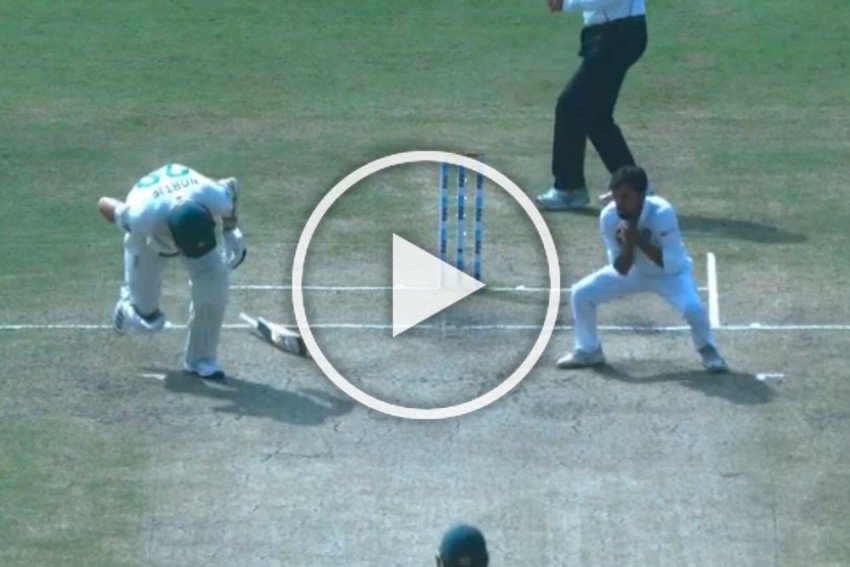 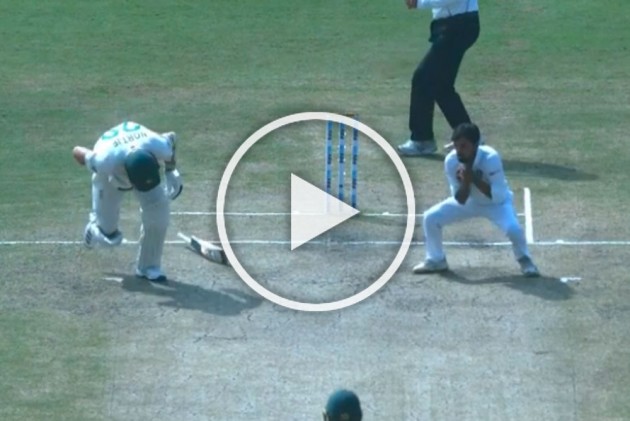 A dominant India registered an innings and 202-run win against South Africa in the third and final Test at the JSCA Stadium, Ranchi on Tuesday to clinch their first-ever series whitewash over the Proteas.

But the match and the series ended in a bizarre fashion, with a strange dismissal of Lungi Ngidi as debutant Shahbaz Nadeem took the honours of claiming the final wicket of a memorable series win.

Needing just two wickets to maintain their supremacy on Day 4, the Virat Kohli-led side completed the formalities within the first 12 balls giving away just one run and thus concluding what has been a highly dominant show by the No.1 ranked team over the third-ranked side.

Overnight batsman Theunis de Bruyn -- who came in as concussion substitute for Dean Elgar -- was the first to go as he became Nadeem's first victim in the second innings. He was caught brilliantly by wicketkeeper Wriddhiman Saha at his individual score of 30.

The very next ball, Nadeem took a rebound catch to dismiss Ngidi. Ngidi, seeing the tossed up delivery, went for a hoick straight down the ground and it was struck so hard that Anrich Nortje at the non-striker's end had no time to react and the ball popped up.

An alert Nadeem completed the rite by taking a relatively easy catch. South Africa could manage 132.

India won the series opener at Visakhapatnam by 203 runs, then took an unassailable 2-0 lead in the Freedom Series, named in honour of the two giants of humanity -- Mahatma Gandhi and Nelson Mandela -- with an innings and 137-run win at Pune.

India Vs South Africa: Our Intent Has Always Been Honest, Says Virat Kohli