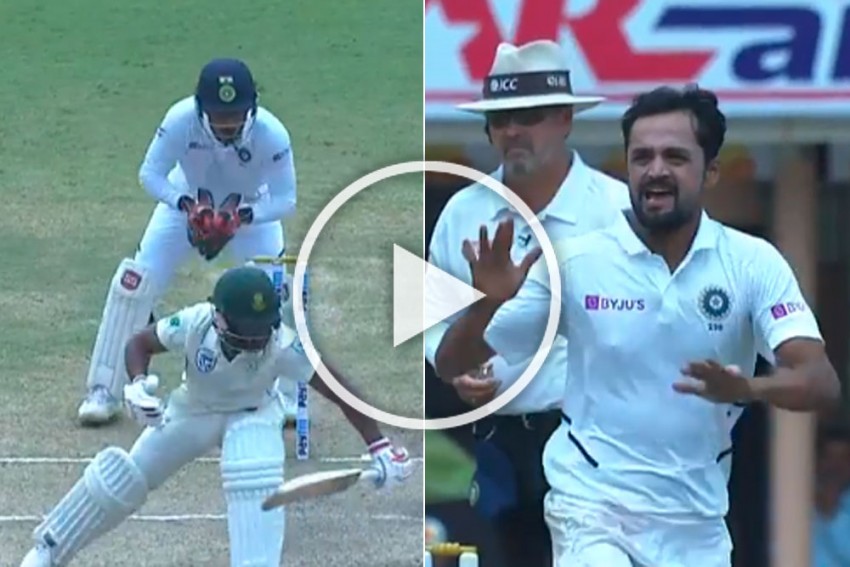 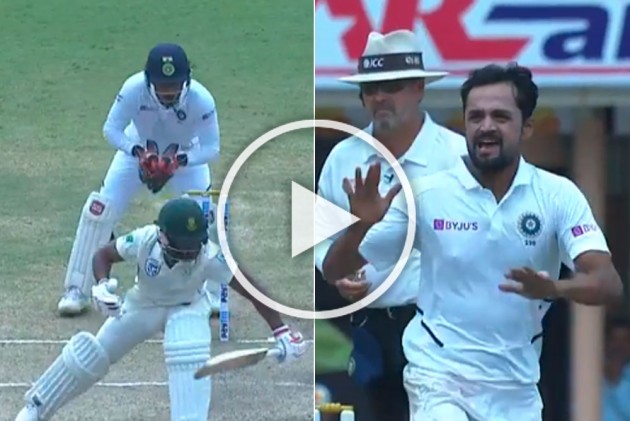 For many Shahbaz Nadeem's Test debut is still a surprise. The left-arm Jharkhand spinner was included in the Indian playing XI for the third and final Test against South Africa, in place of Ishant Sharma, after coming in as a cover for left-arm chinaman Kuldeep Yadav who suffered a shoulder injury on the eve of the match.

However, the inclusion of the slow left-arm orthodox bowler came as a no surprise as he has been a consistent performer in the domestic and India A circuit. And on Monday, on the third day of the match at his home-ground, the 30-year-old produced a brilliant delivery to take his maiden Test wicket.

Temba Bavuma came down to kill the spin but the Indian spinner dragged back the length and with just a hint of turn, managed to beat the bat. And the rest was up to to a brilliant Wriddhiman Saha, who pulled off a lightning-fast stumping.

That happened off the second ball of the 28th over.

So far, Nadeem has 424 first-class wickets in 110 games. He has also played 64 matches in the Indian Premier League (IPL) in which he scalped 42 wickets. He also has a distinctive record of taking more than 50 wickets across two successive editions of the Ranji Trophy -- 51 and 56 dismissals in 2015-16 and 2016-17 seasons respectively.

He has been a regular part of India A squads, and had good returns in each of his last three series in the longer format, all with India A. He took seven wickets in two matches against England Lions in February. When India A travelled to West Indies in July-August, he played in two of the three first-class fixtures, taking 15 wickets. He performed well against South Africa A at home too last month, with eight wickets in two matches at 16.75.

In October last year, he was named in India's T20I squad for their series against the West Indies. However, he didn't get a chance to play for the national side.

At Ranchi, India were cruising for yet another big win. South Africa were tottering at 129/7 (37) after declared at 497/9 in the first innings.

Indian Premier League To Cash In On Two-Month Window, Slew Of Changes In Sight For New Season