After making an emotional appeal to corporates as well as individuals to help her home state Assam which has been ravaged by floods, India sprinter Hima Das has decided to donate half of her month's salary for relief work. 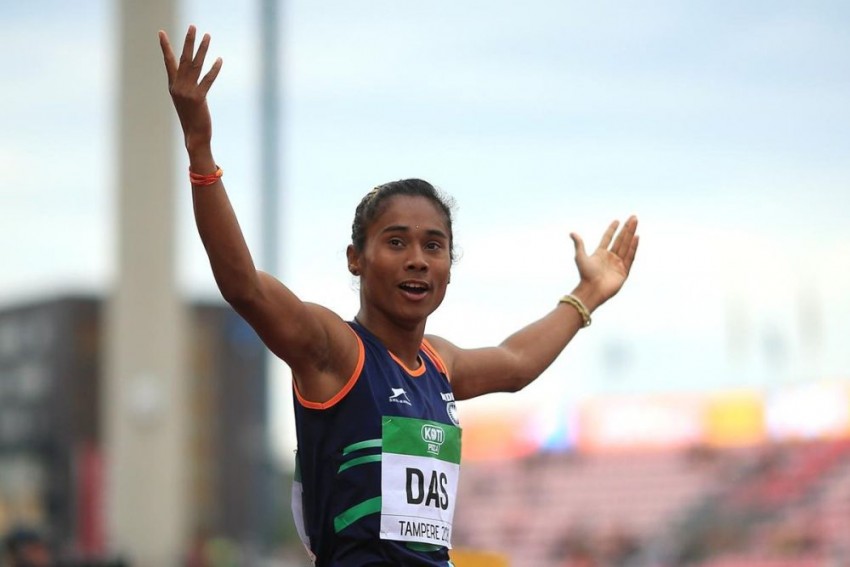 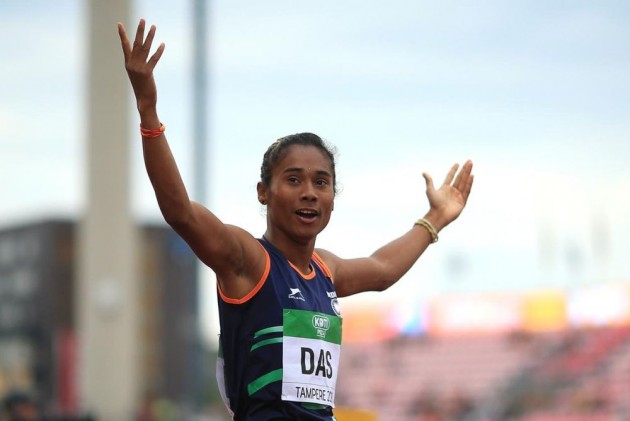 Sprint star Hima Das, who grabbed headlines by winning three back to back gold medals in span of 11 days, donated half of her month’s salary to the chief minister’s relief fund on Tuesday.

Though Hima couldn’t be contacted for her reaction as she is currently in Czech Republic for the Kladno Athletics Meet, her coach Nipon Das confirmed the development.

“Yes, Hima has told me about that. I’m glad to see he responsibility towards the people of her state who are suffering. This indicates that she is not only a good player but also a responsible citizen,” Das told Outlook.

He said that Hima transferred the amount on Tuesday morning to the CM’s relief fund. Hima works at the Indian Oil Corporation in Guwahati as an HR officer.

In her first competitive 200m race of the year, the Hima clocked 23.65 seconds on her way to gold in the Poznan Athletics Grand Prix in Poland on July 2. After that, she won her second 200m gold at the Kutno Athletics Meet in Poland on July 7with a time of 23.97 seconds.

Following that, she won gold in 200m at the Kladno Memorial Athletics Meet at Kladno, Czech Republic on July 13 with an improved time of 23.43 seconds.

Later in the day, Hima tweeted urging people to help the people in her state.

“I have contributed my bit and requesting others also to please help people of Assam. Flood situation in our state Assam is very critical, 30 out of 33 districts are currently affected. So I would like to request big corporate and individuals to kindly come forward and help our state in this difficult situation,” said Hima.

The flood situation continues to worsen in the state as around 45 lakh people have been affected so far.

Assam CM Sarbananda Sonowal has also appealed to the people of the state to donate for the relief fund.