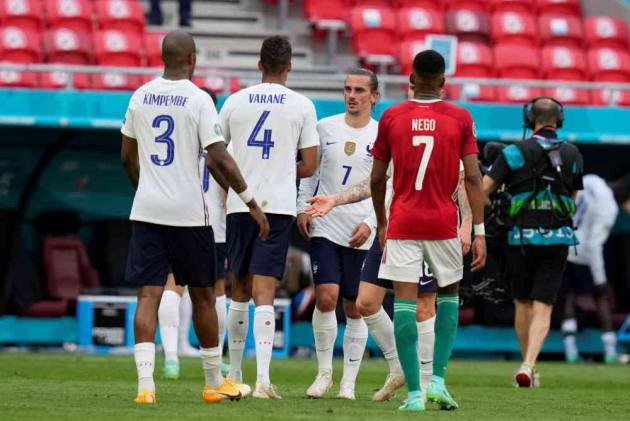 Antoine Griezmann scored a second-half equalizer to give France a 1-1 draw with Hungary at the European Championship.

Hungary, playing in front of a raucous crowd yet again, nearly pulled off the biggest upset of the tournament at the Puskas Arena.

After Kylian Mbappe and Karim Benzema wasted chances, Griezmann scored in the 66th minute to dampen the spirit of a crowd which gave Hungary unwavering support throughout the Group F match.

It was Griezmann’s 38th goal for France, moving him three behind third-place Michel Platini on the national team’s scoring list, and he did a little celebratory dance in front of the blue-shirted fans.

The 67,215-capacity Puskas Arena in Budapest is the only stadium at Euro 2020 to allow full crowds, and it produced an atmosphere to remember.

Latching onto the ball after Roland Sallai won a header down the left flank, Fiola burst into the penalty area and held off defender Raphael Varane before clipping the ball into the bottom corner.

Some flares were lit and Hungary goalkeeper Peter Gulacsi had to remove paper thrown from the stands which landed in his penalty area.

The Hungarian players lined up in front of their home fans behind one goal after the match and stood with their hands on their hearts as the crowd sang. (AP)