No matter how accommodating they want to be, Taliban hardliners have already started cracking the whip on liberal-minded Afghans. Young men and women are their first target. (More Sports News)

The militant outfit, now in complete control of a grief and panic-stricken Afghanistan, has started enforcing its 'rules' no matter how bizarre they are.

A senior journalist in Kabul, who did not want to be identified for obvious reasons, told Outlook on Wednesday, the Taliban entered a few gymnasiums on Tuesday and drove away those working out.

"Don't show your muscles, cover your body and grow beard ...," the Taliban told the men who were present at the gym. Fortunately, there were no women around.

"The situation is not good. We are very much in trouble and our minds are not working," said the journalist.

Even if Afghanistan's cricket officials have said Taliban's coming will not impact cricket, the journalists are not sure. Women's sports, they say will surely see dark days again.

In April this year, militants, thought to be Talibanis, killed Nooria Tabesh, a member of Afghanistan's national handball team and head of the Sar-e-Pul province handball federation.

Attacks on female journalists and civil society activists increased in Afghanistan in recent months. Nooria and her sister-in-law were attacked during Ramadan Iftar. The gunmen entered the house and killed Nooria. 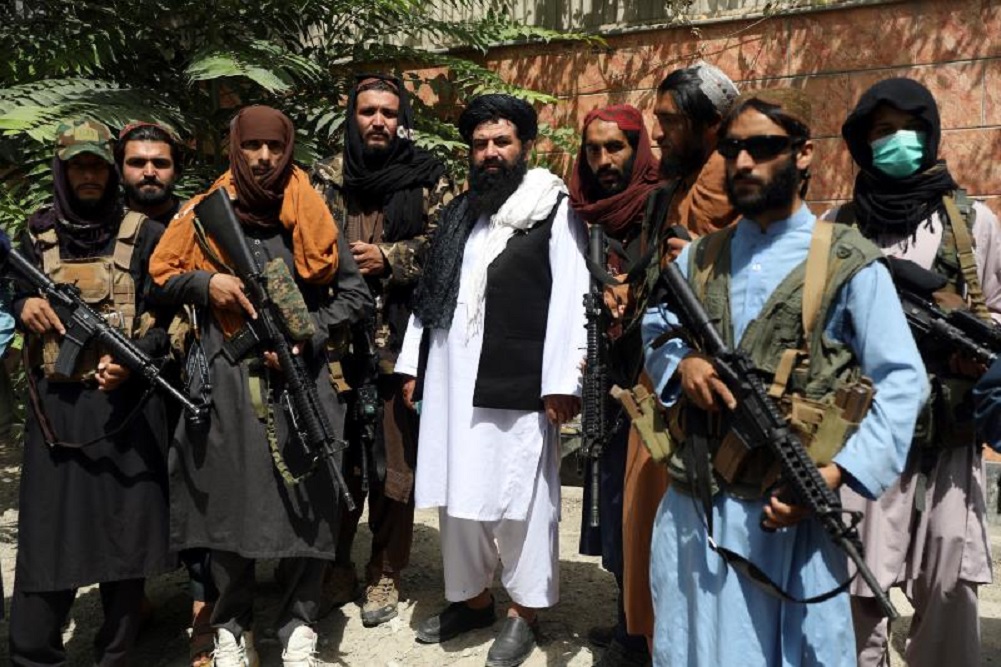 Taliban fighters pose for photograph in Wazir Akbar Khan in the city of Kabul, Afghanistan, Wednesday, Aug. 18, 2021. The Taliban declared an "amnesty" across Afghanistan and urged women to join their government Tuesday, seeking to convince a wary population that they have changed a day after deadly chaos gripped the main airport as desperate crowds tried to flee the country. (AP Photo)

In July 2019, radio journalist Nadir Shah Sahibzada was killed by insurgents. He worked for Gardiz Ghag Radio in the northern Afghanistan province of Paktia. Nadir's dead body was found in pit away from the city, without his eyes and tongue.

The Taliban had warned media not to report about them. Now those gory days have come back again.

In April this year, the women's volleyball Premier League was held in Kabul. Ten teams played the league over eight days. In spite of security threats and fears of the coronavirus, hundreds of fans came and cheered their favourite teams.