Diego Maradona's death prompted an outpouring of shock and fond memories as Lionel Messi, Cristiano Ronaldo and many others paid tribute 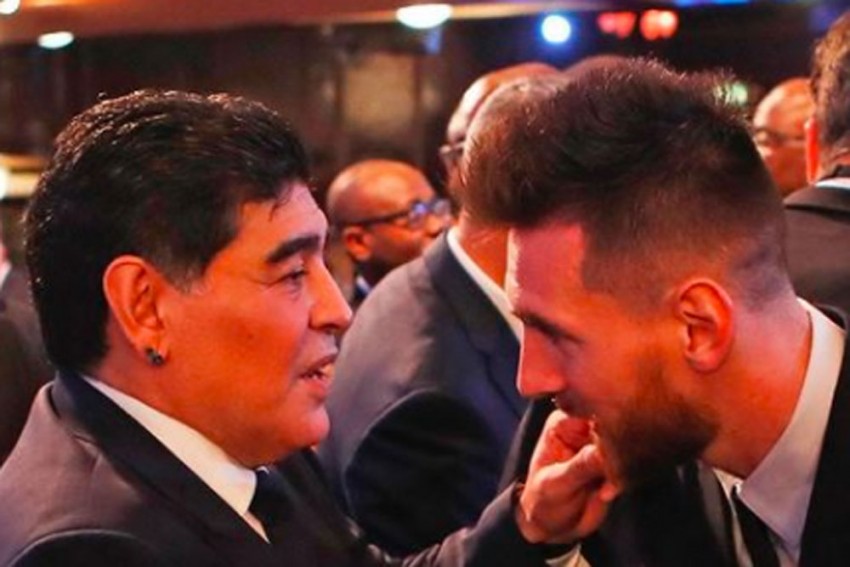 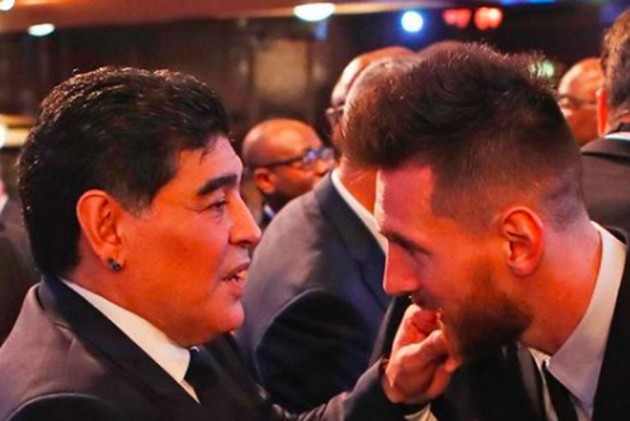 Diego Maradona was saluted by Lionel Messi and Cristiano Ronaldo as an "eternal" wonder of the football world after his death at the age of 60. (More Football News)

Messi, a modern-day Argentinian superstar who followed in the footsteps of his idol by starring for Barcelona and the national team, posted a picture of himself with a beaming smile alongside Maradona.

He wrote: "A very sad day for all Argentines and for football. He leaves us but does not leave, because Diego is eternal.

"I keep all the beautiful moments I experienced with him and I wanted to take the opportunity to send my condolences to all his family and friends. RIP."

Ronaldo, who has long rivalled Messi for the status of this generation’s number one player, said Maradona could never be replaced.

The Juventus and Portugal forward wrote on Twitter: "Today I say goodbye to a friend and the world says goodbye to an eternal genius. One of the best ever. An unparalleled magician.

News of Maradona's death was announced by the Argentina Football Association.

Ossie Ardiles was saddened to learn his former international team-mate had died at the age of 60, writing that he was "still in shock".

"Dieguito. Inside the football pitch, he was always so so happy. Playing, he was out of this world," Ardiles wrote. "Outside the pitch, he was magical as well. So so funny. Being with him you know that special things would happen. I will miss you my friend.

“Very very sad but I'm sure Dieguito has peace now. Prayers and thoughts with his family and friends.

"Thank dear Dieguito for your friendship, for your football, sublime, without comparison. Simply, the best football player in the history of football. So many enjoyable moments together. Impossible to say which one was the best. RIP my dear friend."

Maradona goes down in history as a footballer who defined his era, leading Argentina to World Cup glory at Mexico 86 and dazzling in Europe, particularly with Barcelona and in a sensational spell at Napoli.

Many rated him alongside Pele as one of the undisputed two greatest players the game has seen, before Messi and arguably Ronaldo also entered that debate.

Lineker was on the losing side when Argentina, helped by Maradona's 'Hand of God' goal, beat England 2-1 in the 1986 World Cup semi-finals.

Former England striker Lineker paid tribute on Twitter, writing: "By some distance the best player of my generation and arguably the greatest of all time. After a blessed but troubled life, hopefully he'll finally find some comfort in the hands of God."

Brazil great Romario added: "My friend is gone. Maradona, the legend! The Argentine who conquered the world with the ball on his feet, but also for his joy and unique personality. I've said a few times, of the players I've seen on the field, he was the best."

The former Milan defender Franco Baresi faced Maradona in Serie A, at a time when the Rossoneri and Napoli were title rivals.

Baresi wrote on Twitter: "My heart weeps, it was an honour to face you, you had a big heart, you will continue to do magic and give joy and emotion #Maradona forever Hello Diego RIP."

Barcelona called Maradona "an icon of world football". He played for the Camp Nou giants from 1982 to 1984 before embarking on a seven-year spell with Napoli.

The Naples club were stunned by the loss of their greatest ever player, who pulled the strings they claimed two Serie A titles and a UEFA Cup.

In a tweet, Napoli said: "The world awaits our words but there are no words to describe the pain we're going through. Now is the time to grieve."

The world awaits our words but there are no words to describe the pain we're going through. Now is the time to grieve.
Diego pic.twitter.com/40TTOIDNQ4

After his stay in Italy, and as his life became increasingly turbulent off the pitch, Maradona had a short spell in Spain with Sevilla.

The Andalusian club described Maradona as "a hero for an entire country and football itself", saying they were "lucky enough to enjoy" his presence.

Nadal, the 20-time grand slam tennis champion, summed up the mood from outside football, describing Maradona as "one of the greatest athletes in history".

Indian cricket legend Tendulkar added: "Football and the world of sports has lost one of its greatest players today."

Rio Ferdinand, who was seven years old at the time of Argentina ending England's hopes at the 1986 World Cup, said that Maradona was his footballing inspiration.

Ferdinand went on to star for England and Manchester United, and said of Maradona's influence: "My 1st football hero. Few people have impact over generations like this man did. The greatest, the best, the artist, the man...charismatic, a leader...A WINNER! One of the main reasons why I went out on my estate to kick a ball, pretending to be Diego. RIP Diego Armando Maradona."