Eduardo Vargas scored a brace, while Erick Pulgar and Alexis Sanchez scored a goal each, in Chile's win over Japan in the Copa America. 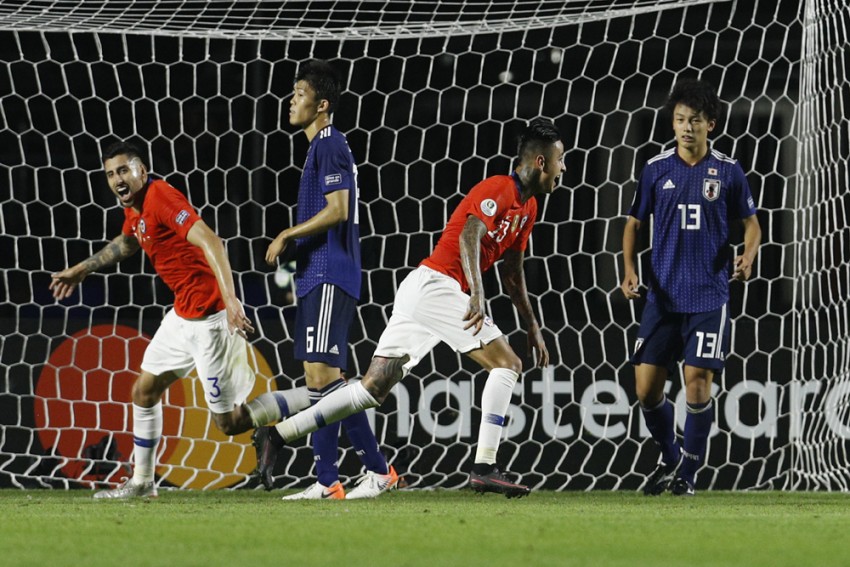 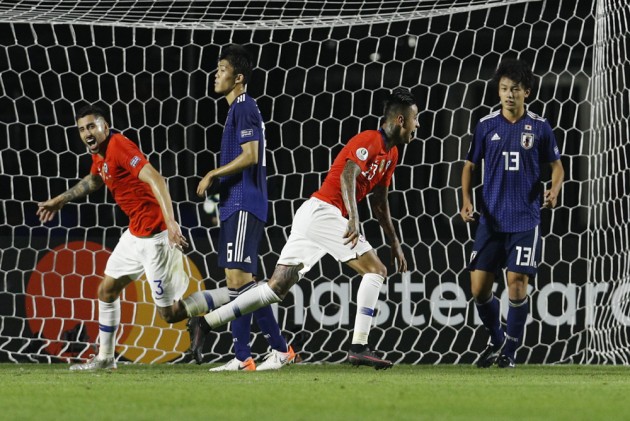 Eduardo Vargas scored twice as Chile launched the defence of their Copa America crown with an emphatic 4-0 defeat of Japan in Sao Paulo on Monday.

Vargas, who plays for Mexico club Tigres UANL, netted twice in the second half as Chile gradually overpowered a skilful but limited Japan, who are playing in the South American showpiece as one of two invited teams from Asia.

Erick Pulgar had opened the scoring for Chile in the first half before Vargas doubled the 2015 and 2016 champions' advantage with a deflected second-half strike.

Manchester United's Alexis Sanchez then took his Chilean record goals tally to 42 after diving to head home in the 82nd minute before Vargas scored the pick of the goals moments later with a deft lob over Japan goalkeeper Keisuke Osako.

The win saw Chile join Uruguay at the top of Group C, level on points and goal difference.

"The important thing is that we move on now with humility," said Chile coach Reinaldo Rueda.

"This win doesn't suddenly make us a dream team, just as we weren't the disaster that our critics were saying we were before."

The scoreline was harsh on Japan, who had carved out several promising chances but were let down by poor finishing from young striker Ayase Ueda.

"We deserved to score a goal," said Japan coach Hajime Moriyasu. "The difference was that they were clinical and took their chances. We're sad to lose but proud that we really took it to them." Japan had started confidently, dominating territory and possession albeit without threatening the Chile goal.

As the first half wore on, Chile looked increasingly more threatening, and Sanchez sounded the alarm in the Japanese defense in the 35th minute when his low shot flashed just wide.

Sanchez then almost played in Charles Aranguiz but the Bayer Leverkusen midfielder took too long to get his shot away, allowing Japan to deflect behind from a corner.

Aranguiz made amends, though, in the 41st minute by delivering the set piece which gave Chile the lead.

A whipped corner from the right caused havoc in the Japanese area, and Bologna midfielder Pulgar leapt high above Yuta Nakayama to head home. The goal reflected Chile's dominance, but Japan were given a glorious opportunity to equalize just before half-time.

Chile coughed up possession inside their own half and Gaku Shibasaki released Ueda on goal.

The 20-year-old Ueda was unable to make the chance count, though, rounding Arias but failing to find the empty net with his shot from a tight angle.

The half closed with Chile threatening to add to their lead, Sanchez's header from close range saved by Osako.

Chile picked up where they left off as the second half got underway, stroking the ball around confidently to deny Japan possession. In the 54th minute, the Chileans doubled their lead.

A fluent build-up saw Mauricio Isla go clear down the right and he squared for Vargas, whose shot took a wicked deflection off Takehiro Tomiyasu on its way into the net.

Once again, though, a Chilean goal was followed by a golden Japan opportunity which they again squandered.

Shibasaki's fine cross picked out an unmarked Ueda at the back post but the youngster's composure again deserted him, hooking his shot wide with Arias and the Chile goal at his mercy.

Ueda missed another chance in the 69th minute but Chile slammed the door shut on hopes of a revival when Sanchez headed in Aranguiz's cross on 82 minutes before Vargas made it 4-0 a minute later.