Copa America 2019: I Want To End My Career With A National Team Trophy, Says Lionel Messi

Lionel Messi and Argentina head into this year's Copa America after having lost in the finals of the previous two editions. 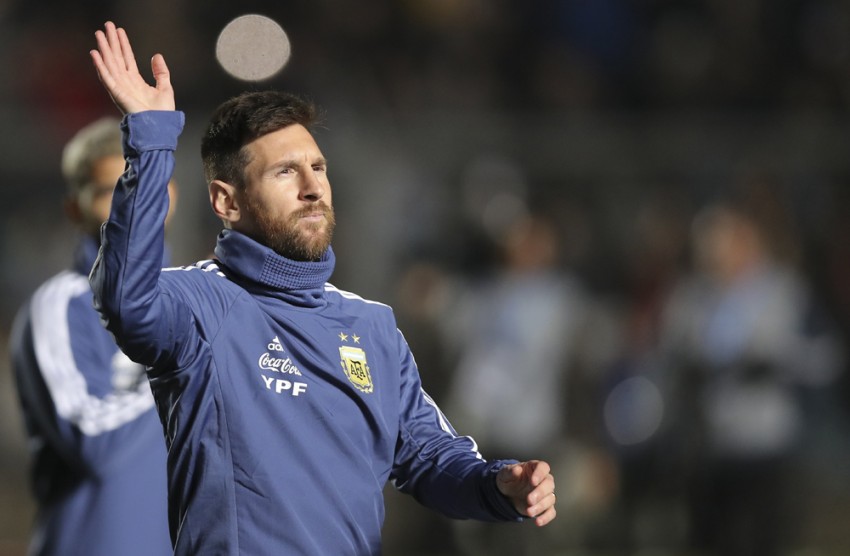 Lionel Messi will be leading Argentina in the Copa America, consisting of the likes of Sergio Aguero and Nicolas Otamendi.
AP Photo
PTI June 11, 2019 00:00 IST Copa America 2019: I Want To End My Career With A National Team Trophy, Says Lionel Messi 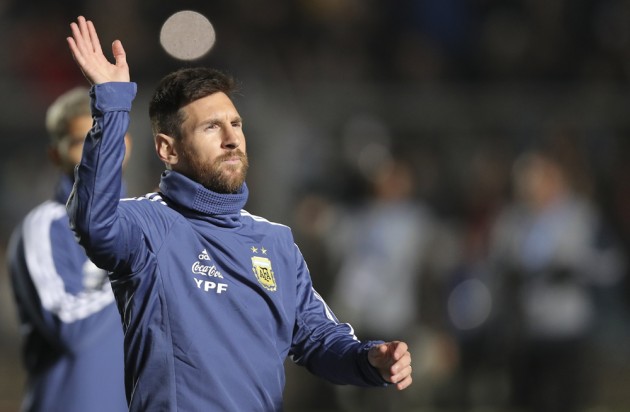 With Neymar sidelined by an ankle injury, Lionel Messi heads into the Copa America this weekend as the competition's main attraction but one with a desperate need to end more than a decade of hurt with Argentina.

The five-time Ballon d'Or winner has one of the most impressive trophy hauls in football history but there is a glaring void when it comes to national team accolades. Four Champions League crowns and 10 La Liga titles with Barcelona are not matched by Argentina success. The 31-year-old knows he's running out of time to rectify that anomaly.

"I want to end my career having won something with the national team, or at least try to do so as many times as possible," he told Fox Sports last week.

Messi has played in four finals with Argentina, four defeats, including the last two Copa finals on penalties against Chile. But the most painful was the 2014 World Cup final to Germany at the iconic Maracana, where Messi will hope to return on July 7 for the Copa title decider.

That Germany defeat began a run of losing finals in three successive years and after the last of those, a bitterly disappointed Messi announced his international retirement. He and his team-mates came in for a torrent of abuse and criticism.

"People were attacking us from every side," he said.

His retirement lasted just six weeks, though, and it was his hat-trick in Argentina's final qualifier that secured a 3-1 win against Ecuador that sent the team to the World Cup in Russia last year.

But, as so many times before, Messi was unable to recapture his Barca form while on international duty and dejection followed as the South American outfit were sent home in the second round after a 4-3 defeat to eventual winners France.

Messi then missed Argentina's next six matches - all friendlies - there was no talk of retirement this time. His son Thiago "loves it when I play for the national team," Messi told Fox. But the disappointments have kept piling up despite a 10th La Liga crown secured in May.

Messi had made no secret at the start of the season that winning the Champions League for the fifth time was his priority as he wanted to bring that "beautiful cup back to Camp Nou".

Things looked so good as Barca took a 3-0 advantage to Anfield for the semi-final second leg last month.

What happened next - an inspired Liverpool stormed to a 4-0 victory and 4-3 aggregate success - left as bitter a taste in Messi's mouth as had the Germany loss five years ago.

"To lose a final of the World Cup is the most important of all, it is a big disappointment," he said in May. But he admitted that the Liverpool loss felt a bit worse "because we were winning and we didn't expect them to come back".

Messi has long been a talisman for club and country but he will be even more so in Brazil with a rejuvenated squad full of inexperienced campaigners.

But that hasn't dampened expectation either within the group or the country as a whole.

"We're going there with the same hope and desire as ever. Argentina is going through a process of change with young and new lads," he told TyC Sports last week.

"For most of them it's their first official tournament, but that won't stop Argentina trying to win the competition," he added.

It's 26 years since Argentina last won the Copa America, despite contesting four of the last five finals.

"It's been a long time since Argentina won it and we all want to celebrate again, us and the fans want a title."

None more so than Messi himself, who turns 32 on June 24, the day after Argentina's final group B game against invitees and 2024 World Cup hosts Qatar, the reigning Asian champions.