AB De Villiers and Virat Kohli produced a scintillating unbeaten 100-run partnership for RCB in Sharjah on Monday. This blew KKR away in Sharjah. 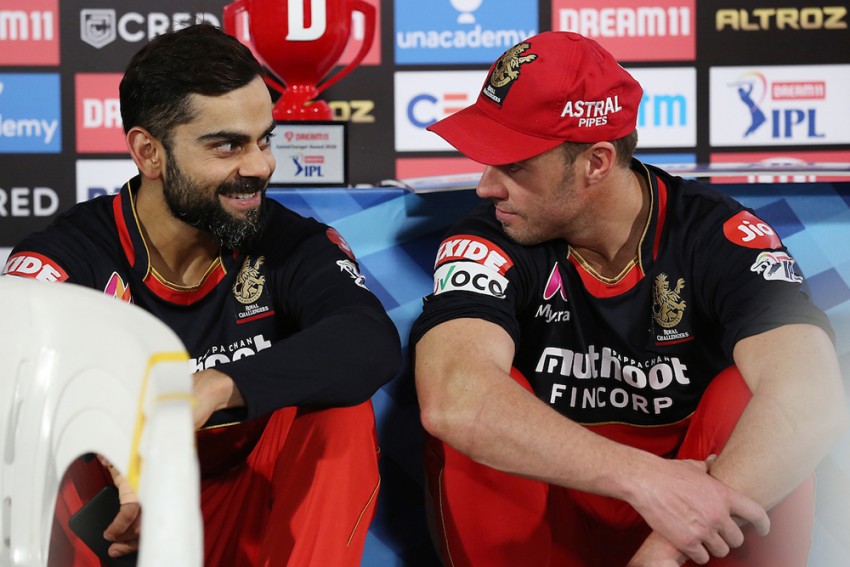 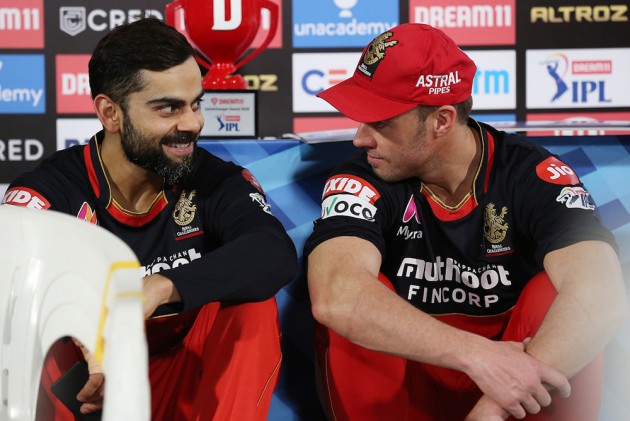 If cricket is all about partnerships, then Virat Kohli and AB De Villiers will take the gold medal in Indian Premier League.

On Monday night in Sharjah, Kohli and De Villiers beat the lights out of Kolkata Knight Riders bowlers with a stunning 100-run partnership that proved decisive.

It is a pity that AB De Villiers doesn't play for South Africa anymore. But RCB and Kohli have found worth in investing in this genius whose master craft is not built around bludgeoning the ball with bizarre strokes but with pulls, drives and inside-out strokes that find mention in cricket's grammar book.

In a jugalbandi, two musicians play at tandem to create melody. Virat Kohli and AB De Villiers did just that at Sharjah. But Kohli, who refuses to play second fiddle in anything in life, let De Villiers play the leading role. He had the best seat to see a master at work.

In cricket, there is something called rotating the strike. This game is all about understanding and not about one-upmanship. The Kohli-De Villiers partnership was a classic example.

The Indian cricket captain faced 28 balls and scored just one edgy boundary to remain unbeaten on 33. Kohli was happy to let De Villiers do all the talking and the South African merrily obliged.

De Villiers smashed a 33-ball 73, laced with five fours and half-a-dozen sixes, a couple of soared over the stadium roof to land on the glitzy cars speedily passing the brightly lit road.

Kohli and De Villiers are one of the most successful pairs in IPL history. Among the top-20 partnerships in IPL, the duo appears four times and every time for the second wicket.

Kohli and De Villiers occupy the top two partnerships positions in IPL -- 229 versus Gujarat Lions at Chinnaswamy Stadium, Bangalore in 2016 and an undefeated 215 against Mumbai Indians a year before at the Wankhede. There is no stopping this incredible pair. 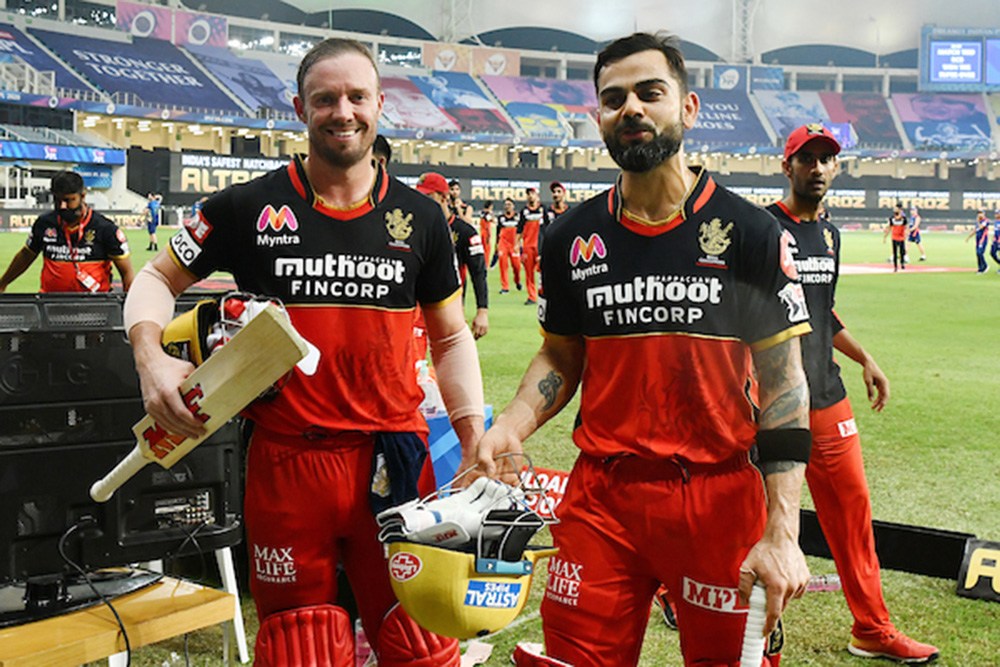 While Kohli has figured in other major stands -- the unbroken 204 with Chris Gayle versus Delhi Daredevils at Kotla in 2012 being one of them -- De Villiers has only enjoyed Kohli's company. Theirs’ is a love story that can't be explained.

There is mutual admiration and respect for each other. The greatest of players talk to each other with their eyes. Kohli and De Villiers do just that. Both expressive in different ways, the only music comes from their powerful blades.

"I just have to say that a lot of people can do what you've seen in the other games, but on a (sluggish) pitch like that, to bat like that, I think it's only AB who can do that, just because of the way he sets up and he's so still when he's seeing the ball clearly and he's so dangerous, because he can wait for the slower balls and deposit them out of the stadium, so it was a special knock," Kohli said while describing another "superhuman" effort from the genial South African.

De Villiers is quiet, composed and always in control of himself. The way he smotes the cricket ball is exactly opposite to his nature. On Monday, an inner voice told him that today was his day.

"I got a duck last game, that is a terrible feeling. I am very happy that I contributed. I surprised myself today to be honest. We were headed towards 140-150, and I thought I might try for 160-165, but I was surprised we reached 194," said De Villiers.

"The margins are very small when (Pat) Cummins and (Andre) Russell are running in, and you need to use every bit of energy in you to keep the momentum going. I felt that energy in the bus already."

Monday's big win has taken Royal Challengers Bangalore to the top three of the IPL table, level on points with pacesetters Mumbai Indians and Delhi Capitals but with an inferior run rate.

But if the classical batsmanship that one saw from VK and AB is going to be the way forward, then teams watch out!