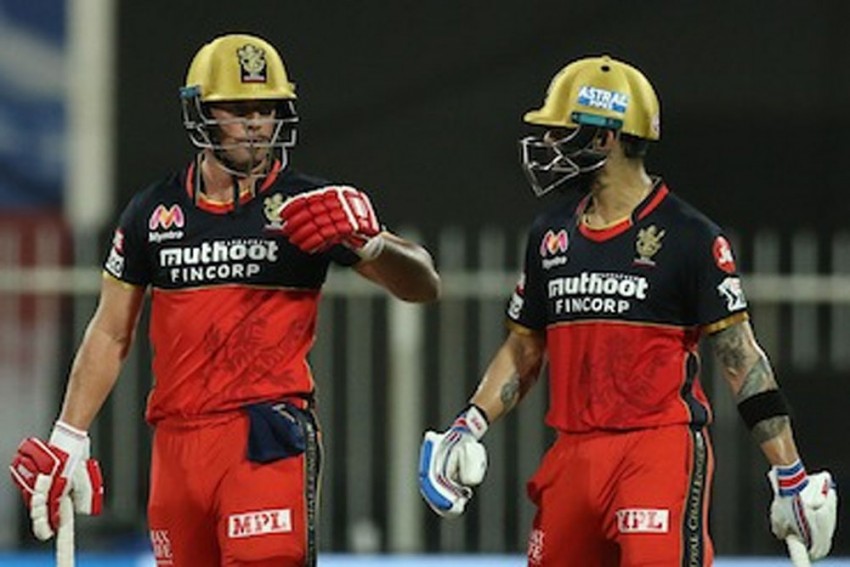 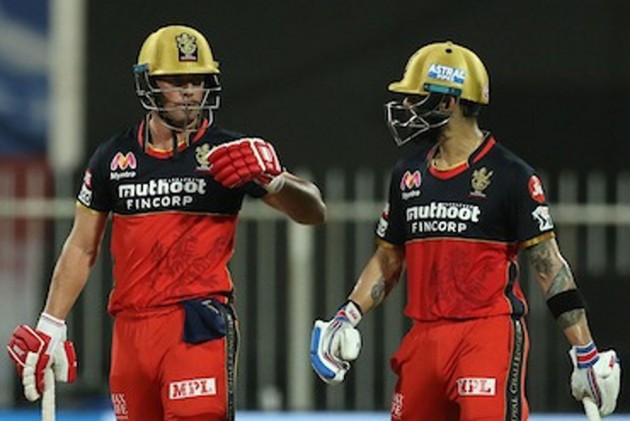 Royal Challengers Bangalore captain Virat Kohli on Monday described team-mate AB de Villiers' 33-ball 73 not out which set up a comprehensive win against Kolkata Knight Riders as "superhuman" effort, saying other batsmen had struggled on the dry Sharjah pitch.

RCB registered a massive 82-run win on the back of de Villiers' batting pyrotechnics and the guile of the spin duo of Yuzvendra Chahal (1/12) and Washington Sundar (2/20) who were instrumental in stifling KKR to 112 for 9 while chasing a target of 195.

"This pitch was drier. And the day was pleasant so we thought there would be no dew. Barring one superhuman, every batsman struggled on the pitch. The talk was around getting 165, but we got 194 you know exactly why. It was unbelievable," Kohli said at the post-match presentation.

"I thought I had a few balls under my belt, and I might start striking. He (de Villiers) just came in and struck the third ball, and said he felt good. You might see a lot of people do what is done in other games, but only AB can did what he did. It was a fabulous knock."

Kohli, who remained not out on 33 from 28 balls, said it was only thanks to the genius of de Villiers that his side got to 194 for 2.

"I was happy we could string together a partnership (of 100 runs), and mine was the best seat to watch from."

Talking about the win, Kohli said, "It is a tremendous win against a very strong side. Heading into a busy week for us, it was important to start off well. The bowling unit looks that much more potent with Chris Morris coming back."

De Villiers, who was adjudged man of the match, said he surprised himself with the stupendous knock.

"I got a duck last game, that is a terrible feeling. I am very happy that I contributed. I surprised myself today to be honest. We were headed towards 140-150, and I thought I might try for 160-165, but I was surprised we reached 194," said the star South African batsman.

"The margins are very small when Cummins and Russell are running in, and you need to use every bit of energy in you to keep the momentum going. I felt that energy in the bus already."

Asked about keeping wickets, he said, "Keeping is a different skill. I am working really really hard so that I am up to the mark. I want to be the best that there is."

KKR skipper Dinesh Karthik admitted that de Villiers' knock made all the difference in the match.

"AB is a world-class player. He is hard to stop. He was the difference between the two teams. We tried everything. The only ball was the perfect inswinging yorker. Anything else was going.