Extended Lockdown May Not Be Best Strategy Against Covid-19; We Need Scientific Approach

Drastic measures like imposing a prolonged blanket lockdown appear to be lacking a scientific strategy. Low-risk profile individuals should be allowed to follow guidelines and get back to work. 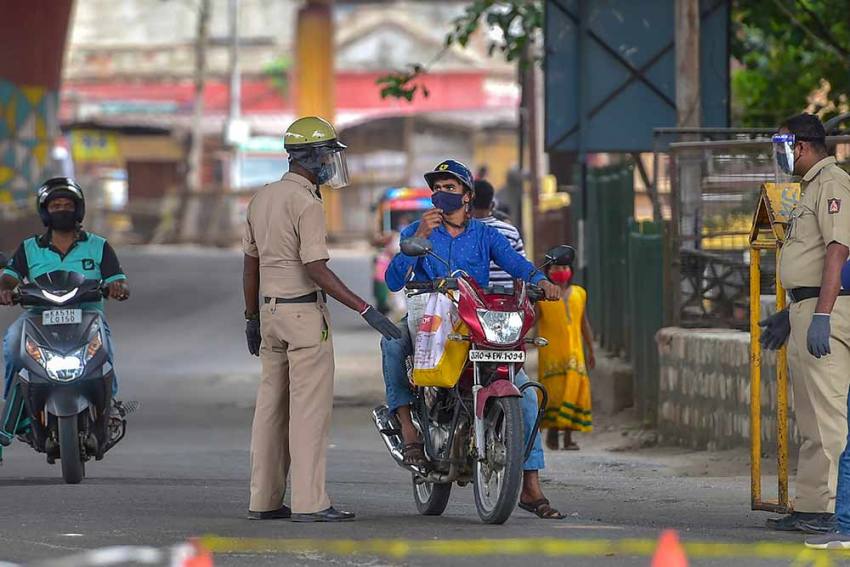 Police stop a commuter for questioning, as authorities announced one week lockdown due to surge in COVID-19 cases, in Bengaluru.
PTI Photo
Prof. Rajendra Pratap Gupta 2020-07-15T19:26:04+05:30 Extended Lockdown May Not Be Best Strategy Against Covid-19; We Need Scientific Approach 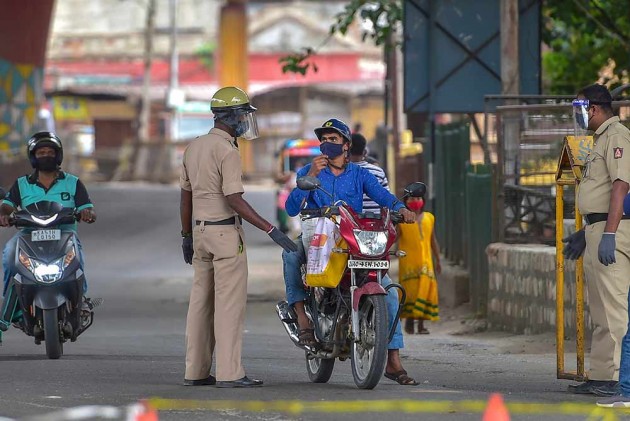 India has now become the third worst-hit nation by the Covid-19 pandemic. Only the US and Brazil are ahead of India in terms of total coronavirus infections. In just three weeks, India went from being the sixth worst-affected country to the third. It’s mid-July and the Covid cases are expected to rise further in the coming weeks.

In my earlier column, I had recommended a phased re-opening of activities across the country from April 15 based on the risk profiling. Now, after analysing global Covid data tillJune 30, things are becoming increasingly apparent. We, perhaps, went too far without scientific evidence-based planning, and maybe, it is time to go back to the drawing board and rework our strategies.

Let us look at the data below.

If look at the data, there is a lot to learn on how quickly some countries responded to the Covid outbreak and took strong public health measures. The nations which took prompt action in January have done exceedingly well compared to the others.

It is pertinent to note how Taiwan and Vietnam have contained Covid—they reported seven deaths and zero deaths respectively. Vietnam, which shares a land border spanning 1450 km with China and is stretched for financial resources, reported its first Covid case on January 23. It initiated the closure of its borders in January and developed several low-cost test kits producing results within 90 minutes with almost 90 per cent accuracy. It identified, tested, and isolated the suspects, resulting in no deaths.

Taiwan reported its first case in the same week as Italy. About 8.5 lakh Taiwanese people work in mainland China, but still, the country with a population of 23 million recorded only seven deaths. On December 31, 2019, Taiwan Centers for Disease Control (CDC) implemented inspection measures for inbound flights from Wuhan. The passengers of all such flights were inspected by health officials. By January 5, 2020, the Taiwan CDC began monitoring all individuals who had travelled to Wuhan within fourteen days. In January, Taiwan suspended all air travel to and from China.

Countries like Iceland, Slovenia and Greece, which are major tourist destinations, are other success stories. They have shown that the virus can be stopped.

Japan, a country with a large ageing population, has been successful in retaining coronavirus spread, deaths and death rate per million. Timely and strong measures have helped Japan manage the crisis. Similarly, South Korea, with a population of 51 million, was one of the hardest-hit countries, but it managed to control the outbreak due to aggressive tracking and testing.

It is important to take note of deaths per million as a critical metric for containment. If we look at the European region and the United Kingdom, UK’s death rate per million is 660, Spain- 660, Sweden-528, USA- 415, Mexico-265, Canada-236, Chile-360, Peru-354. Notable here is that Sweden did not resort to any lockdown; it only followed social distancing and hygiene measures.

If we look across the Asia Pacific and Japan region, barring Armenia (189) and Iran (150), other countries have reported deaths per million below 100. Death rates per million in New Zealand and Australia are four. In the Indian sub-continent region, it is 26 for Afghanistan, 0.5 for Sri Lanka, 1 for Nepal, 13 for India, 19 for Pakistan, and 14 for Bangladesh. In Japan, it is eight deaths per million. In South Africa, it is 67, and is in double digits in most countries across Africa. So, the death rates are pretty much in a yellow zone(manageable), if not green zone. But certainly not in the red zone like in the EU and the Americas.

A few days ago, while chairing a panel discussion with leaders across the country, I asked the country’s top expert the reason for low death rate in India. He responded, ‘it is a million-dollar question, and we don’t know’.

No one has any clue, but the Asia-Pacific region has done better than the rest of the world in terms of death rates per million. We don’t know if it has to do with the phenotypes or genotypes, but numbers give evidence of a robust immune system with a pre-emptive public health move enough to contain pandemic-related deaths.

So, drastic measures such as imposing a prolonged blanket lockdown appear to be lacking a scientific strategy. Ideally, healthier populations and low-risk localities should have continued their work following public health measures such as wearing masks, physical distancing, and handwashing. But now, it may be too late as countries will have to pay a price for bringing the economies to a grinding halt. Also, gains in poverty reduction and health accumulated over the past three decades have been seriously decimated. We need to have a scientific approach to the administration of the Covid crisis going forward.

Countries hoping for a vaccine at the soonest should understand that any vaccine developed in haste without extensive scientific trials is akin to using drugs meant for treatment of malaria, HIV, psoriasis, TB for treating Covid patients. Also, India has not yet peaked on Covid, and the world has started talking about the second wave. It’s time we accept that we are now going to be living in a COVID world. It is time to identify risk profile of the working and student population and allow low-risk profile individuals to follow guidelines and get back to work. The sooner the better.

Countries that were slow to respond witnessed steep rise in Covid cases. They converted a public health emergency into a full-blown medical crisis due to the lack of scientific, coherent, and pre-emptive response. Germany, Japan, South Korea, Vietnam, Taiwan, Iceland, Costa Rica have shown the way forward. Evidence is mounting on reconsidering blanket lockdowns.

Coronavirus May Cause Anxiety, Depression In Patients: Study