Nobody Has Opposed GST, Traders Complaint Is On Implementation, Says Rupani

After reiterating that the BJP is unfazed by any agitation, Gujarat Chief Minister Vijay Rupani met Outlook to discuss issues pertaining to economy and election strategy after being in power for 22 years. 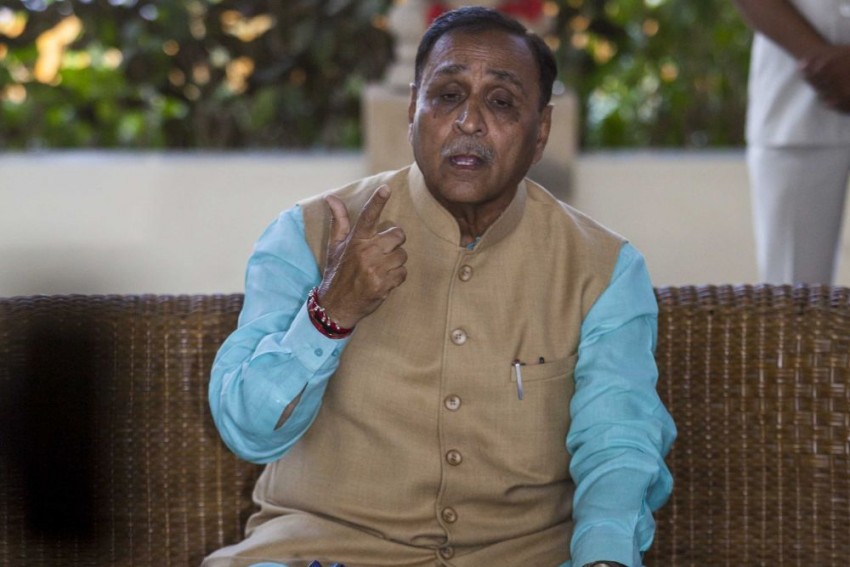 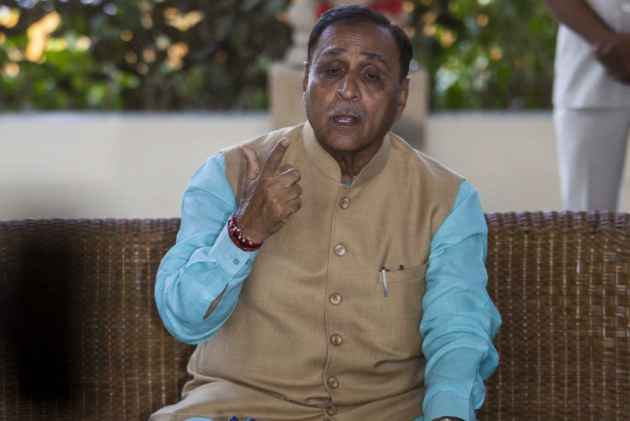 After the election dates were announced for Gujarat, Chief Minister Vijay Rupani said that BJP will come to power with a 3/4th majority and will win over 150 seats because people are with Narendra Modi and believe in development. After reiterating that the BJP is unfazed by any agitation, he met Outlook to discuss issues pertaining to economy and election strategy after being in power for 22 years. Excerpts…

How are various agitations by Patidars, Dalits that are going on for several months now, affecting the BJP ahead of the polls?

It will have no impact at all. Even when the agitation was going on, we said it was politically motivated, political and supported by the Congress and it was done to bring a bad name to Modiji and BJP government in Gujarat. Congress is unable to win the elections on its own merit, that is why they got all this done. And now it is proven also because Alpesh has joined Congress and Hardik is talking to Rahul Gandhi on the sly, trying to make a deal and Congress has offered Jignesh to fight election on their ticket. All three have the same appeal – to help Congress win and make BJP lose. They did everything in the name of social cause but they were politically motivated after all. Now things have become clear and I believe that the people of Gujarat will remain with the BJP and we will win.

How do you react to the impact of decisions such as GST and demonetisation on small traders and the business community of Gujarat?

See any big change takes four to five months to settle. This is the first state going to polls after GST, that’s why there is so much discussion. Also it is a vyapari state – state of traders and businessmen. All of them meet me every day. Nobody has opposed GST. They are talking and complaining about the problems and deficiencies in implementation of GST. We are finding solutions to those problems as well. Some of the issues have been resolved and the remaining will be addressed soon. Slowly but steadily the system is getting set. We have confidence that the small traders and businessmen of Gujarat will remain with BJP.

For the last elections, the campaign strategy remained around Narendra Modi and he remained the face of the party. Is it the same or will it change now?

I can’t say much about this because I am the present chief minister. All I can say is any national political party will fight any election with the help of their national leaders. For example, won’t the Congress party print photos of Sonia Gandhi and Rahul Gandhi on their posters here? Even they haven’t declared their chief ministerial candidate till now. Let them declare, they are going with just Sonia Gandhi and Rahul Gandhi. In fact we have able leadership of PM Narendra Modi. Amit Shah and Narendra Modi are our leaders and in that natural course we appeal that people should have faith in Modiji. He is the PM, so it is obviously beneficial to Gujarat. When Modiji was the chief minister in Gujarat for 12-13 years, Congress that is UPA was in power at the centre and they halted the development of Gujarat during those years. They created hurdles in development of Gujarat. Now that Modiji is sitting there, it is good for us. So this is great for the state if there is Modiji at the centre and BJP government in the state. Only when there was Morarji and Atalji at the centre, Gujarat developed a little.

But Gujarat Model was supposedly developed during CM Modi’s time?

Naturally. When Modiji was here, he made the Gujarat model, the whole country accepted and endorsed it. People handed whole country’s governance to Modiji saying develop the whole nation the way you developed Gujarat. It is a good thing for us.

Do you see any resistance from the youth or the Dalits after being in power for 22 years?

No there is no anti-incumbency because our government is a pro-people and a friendly government. It is truly a people’s government. It is not that there are no problems. It is an endless process where you solve one problem and another arises. We don’t have any specific challenges as such. And congress is finished in the country. Everyone makes fun of Rahul Gandhi and on the other hand there is leadership like Modi. We are working with good intention and honesty. Congress has only been corrupt till now. There is no issue which will make people leave us and go to the Congress.

So what do you make of the big announcements made by the PM for Gujarat recently?

They are not announcements. They are implementations. Ro-Ro has not happened suddenly, it has taken four years. Whatever initiatives Modiji had taken four years ago, all those works are being completed and are being delivered to the people.

This is all raked up by the Congress. If you talk about employment, in the past 14 years, of all the jobs that were created, Gujarat is number 1 in that. Last year’s figures indicate that 83% jobs – only Gujarat and 17% was rest of India. We are ahead. That’s not a concern at all.

And health and education…

That is also not a problem. Congress ruled for 45 years. At that time there were only 800 medical seats. In the past 15 years, since Modiji became the CM, the seats have increased to 4000. With medical seats, a medical hospital is also set up. All this we have done for health.

What will you focus on if you come to power?

We are all encompassing. Our aim is to ensure that the fruits of development reach the last person in the chain. Our slogan is jya manavi, tya suvidha (wherever there are citizens, facilities should be available) We will move ahead with this thought.

Do you believe you have been able to reach out to the Dalits, given how they have been protesting?

Dalits are not affected. Even at that time (Una agitation) it was politically motivated. Today also the agitation is not being taken seriously. We took strict actions. The perpetrators are in jail and the case is being heard in a fast track court. And they will be punished. Grampanchayat elections were held in 10000 villages and we won even in the village where this incident happened in samathiada, Una tehsil. This was politically motivated because of UP elections.

Was there no religious or caste factor?

Anything specific you are planning for your region, your constituency?

Everything has been done.

As in all the big projects are being done, such as the international airport – all the permissions have come and work will start. There was shortage of water so the dam has been connected to Narmada and water problem has been solved. New GIDC has been created. Everything is being done.

Not Against Kashmir Dialogues But The Bugle Sounded By Indian Govt A Big Joke: Syed Salahuddin