Modi Is Not A 'Real Hindu' As He 'Quit' Hinduism To Embrace Hindutva, Says Congress Leader Kapil Sibal

Sibal's remarks invited a sharp riposte from the BJP which said people know who is a "Ram bhakt" (devotee to Lord Ram) and who is a "Rome bhakt", a clear dig at Congress chief Sonia Gandhi's Italian origin. 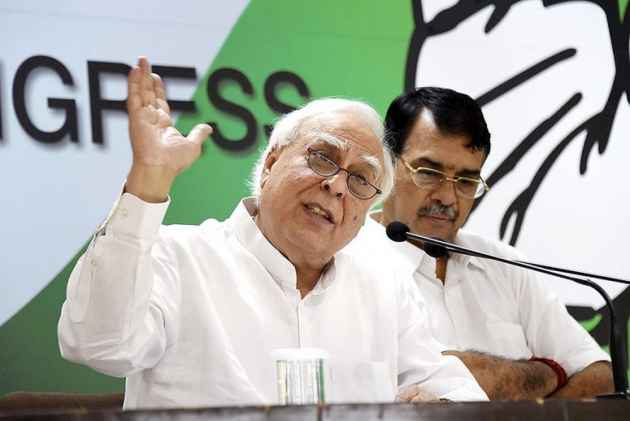 Congress leader and former Union minister Kapil Sibal today sparked a row, claiming that Prime Minister Narendra Modi is not a "real Hindu" as he has "quit" Hinduism and embraced Hindutva.

Sibal's remarks invited a sharp riposte from the BJP which said people know who is a "Ram bhakt" (devotee to Lord Ram) and who is a "Rome bhakt", a clear dig at Congress chief Sonia Gandhi's Italian origin.

The sharp exchange of words between the two parties came a day after they fought over the Congress vice president's faith following appearance of his name in a register, which was meant for non-Hindus, in Somnath temple where he had gone yesterday.

"I want to ask how many times does the prime minister go to temples daily? The one who respects the sentiments of Hindusim also respects temples. You have quit Hindu religion. You have embraced Hindutva which has nothing to do with Hinduism. You are not a real Hindu," Sibal told reporters as he targeted Modi.

Hitting back, BJP spokesperson GVL Narasimha Rao said, "People know who's a 'Ram bhakt' and a "Rome bhakt". The Congress government told the Supreme Court in 2007 that Lord Ram didn't exist. 'Babar ki bhakti' was to deny Hindus temple in Ayodhya," he said.

"Like his famous zero loss theory in the 2G scam which was rejected by the Supreme Court when it cancelled the licences, Kapil Sibal has come up with another zero theory saying Narendra Modi is not a real Hindu," he said.