Modi also pitched for a majority government, saying the country's image had enhanced globally due to the electoral mandate enjoyed by the current BJP-led government. 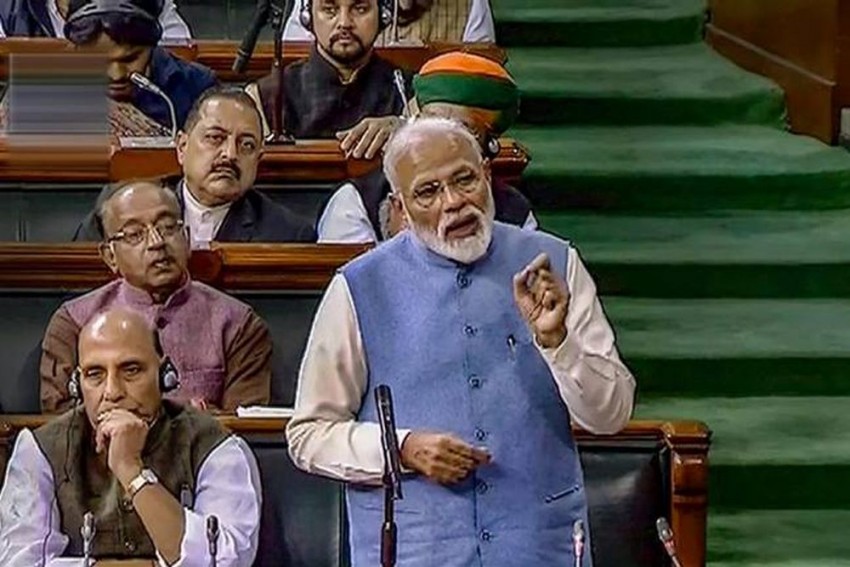 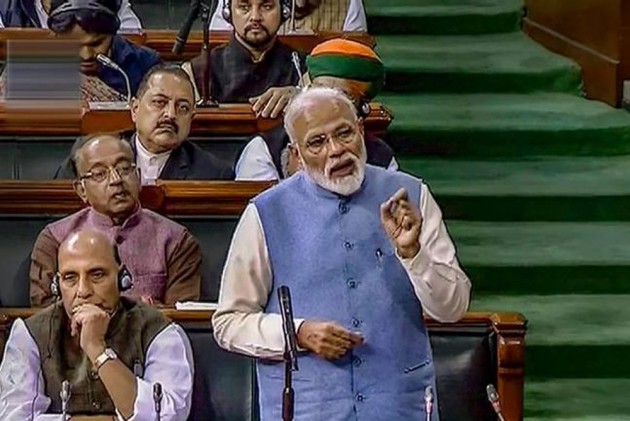 In his final speech in Lok Sabha ahead of the general elections, Prime Minister Narendra Modi on Wednesday took potshots at Rahul Gandhi, saying the Congress president's claim of an "earthquake" if he speaks on Rafale jet deal fell flat.

Modi also pitched for a majority government, saying the country's image had enhanced globally due to the electoral mandate enjoyed by the current BJP-led government.

Taking a swipe at Gandhi, who was not present in the House at that time, Modi referred to the Congress president's remarks on Rafale, and the hug and "winking" episodes, saying it was a new thing he witnessed as a first time member of Parliament.

The prime minister praised Speaker Sumitra Mahajan's leadership and said eight of 17 sessions of this Lok Sabha had over 100 per cent productivity. The overall productivity was recorded at over 85 per cent.

He said India suffered globally for long due to fractured mandates. But now it is taken seriously in the global arena because of the majority government, he said. The PM maintained that neither he nor External Affairs Minister Sushma Swaraj are responsible for India's enhanced image globally.

He said the credit goes to the majority the government enjoys in Lok Sabha. The credit, he said, goes to the people of the country.

Referring to the achievements of his government, he said, India has become the 6th largest economy and is fast moving towards being a USD 5 trillion economy.

The 16th Lok Sabha passed 203 bills out of 219 introduced, including one on curbing black money.