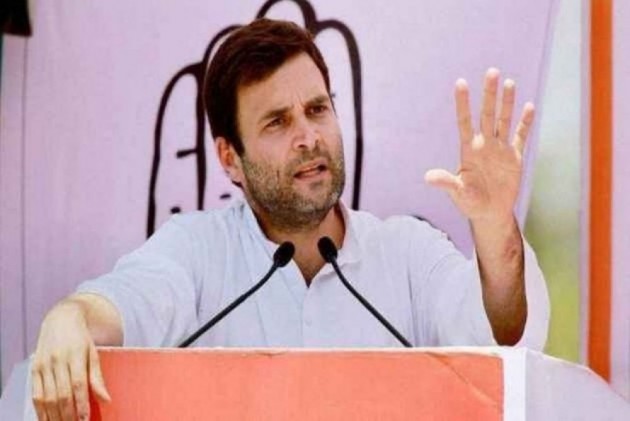 Hours after the fall of the Congress-JD(S) government in Karnataka, Congress leader Rahul Gandhi on Tuesday said the greed of those who saw the alliance as an obstacle in their path to power won, while democracy and the state's people lost.

"From its first day, the Cong-JDS alliance in Karnataka was a target for vested interests, both within & outside, who saw the alliance as a threat & an obstacle in their path to power. Their greed won today," Gandhi tweeted.

"Democracy, honesty and the people of Karnataka lost," he said.

Reacting to the development, Congress general secretary Priyanka Gandhi Vadra  said one day the BJP will discover that everything cannot be bought, everyone cannot be bullied and every lie is eventually exposed.

"One day the BJP will discover that everything cannot be bought, everyone cannot be bullied and every lie is eventually exposed," she said in a series of tweets.

"Until then I suppose, the citizens of our country will have to endure their unbridled corruption, the systematic dismantling of institutions that protect the people's interests and the weakening of a democracy that took decades of toil and sacrifice to build," she said.

Capping a three-week-long high-voltage intense power struggle triggered by a raft of resignations by rebel lawmakers that pushed the government to the brink of collapse, the motion in the Karnataka Assembly was defeated with 99 members voting for the motion and 105 against it.

Of the 225-member Assembly, 20 legislators were absent for the floor test, reducing the House strength to 205 with 103 as the halfway mark for simple majority.