Amid the political turmoil, police imposed prohibitory orders in the city under section 144 of the Criminal Procedure Code (CrPC) and banned sale of liquor from 6 pm Tuesday to 6 am on Thursday. 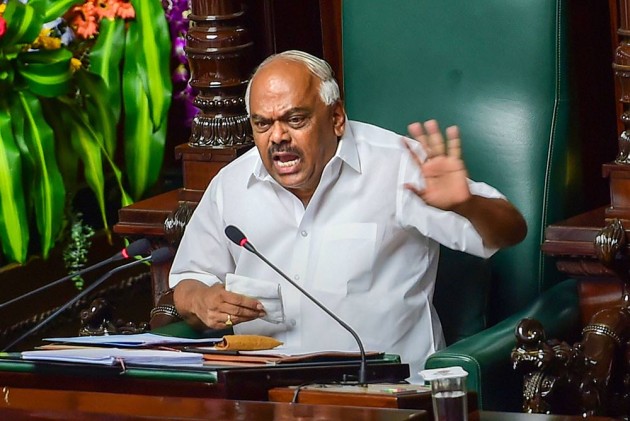 High drama prevailed at an apartment in Bengaluru as Congress and BJP workers rushed there following reports about the alleged presence of two independent MLAs who withdrew support to the coalition government and aligned with the BJP.

Amid the political turmoil, police imposed prohibitory orders in the city under section 144 of the Criminal Procedure Code (CrPC) (prevents assembly of five or more people at one spot) and banned sale of liquor from 6 pm Tuesday to 6 am on Thursday.

The development came even as the Karnataka Assembly was meeting at the Vidhan Soudha, the state Secretariat, ahead of an expected trust vote in the House to decide the fate of the Congress-Janata Dal (S) coalition government, which has been tottering after the resignations of 16 MLAs two weeks ago.

One Congress member, Ramalinga Reddy, later retracted from his decision to resign, saying he would support the government.

The two independent MLAs, R Shankar and H Nagesh, had withdrawn their support to the government earlier in July. Raising slogans like 'Down Down BJP', the Congress workers allegedly tried to storm the apartment.

Soon police too reached there.BJP workers led by corporate Padmanabha Reddy too dashed to the spot. Police were seen persuading the activists, who were trying to gain entry into the apartment, to disperse.

"There is every likelihood that there will be protests, demonstrations and rallies, which may lead to clashes between the workers of political parties," police commissioner Alok Kumar said in a release.

Expressing apprehensions that miscreants may disturb the atmosphere under the influence of liquor which may disturb the peace and cause disruption in traffic, the police commissioner said there will be no sale of liquor from Tuesday evening to Thursday morning.

"During this period, all the bars, wine shops, pubs and all kind of shops selling liquor will be banned," the order said.

Ready To Give Up This Position With Happiness: Karnataka CM HD Kumaraswamy