Officials said at least 1,023 confirmed cases of infection have been found to be linked to the Tablighi Jamaat congregation in the national capital last month. 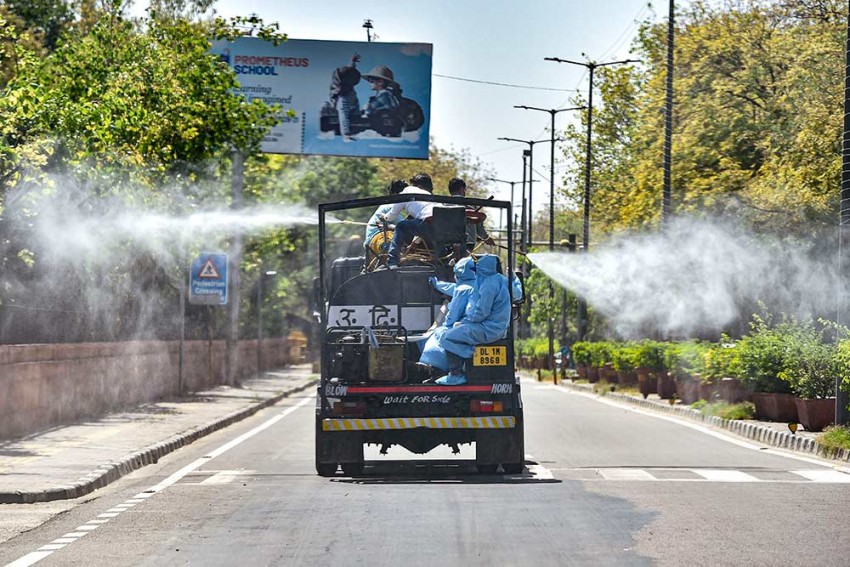 North MCD workers sanitizes a locality in the Civil Lines area in the view of the coronavirus outbreak during the ongoing nationwide lockdown, in New Delhi.
PTI Photo
PTI April 04, 2020 00:00 IST Coronavirus Cases Cross 3000-mark In India; 1,023 Linked To Tablighi Jamaat In 17 States 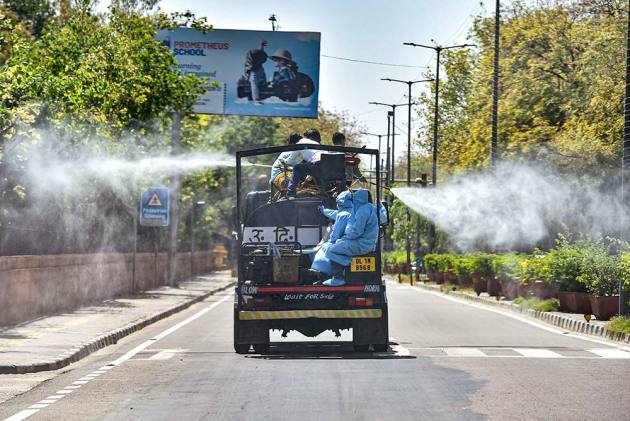 As many as 1,023 COVID-19 positive cases found in 17 states have been traced to the Tablighi Jamaat congregation, the Union Health Ministry said on Saturday, underlining that about 30 per cent of the total novel coronavirus cases in the country are linked to "one particular place".

Joint Secretary in the ministry Lav Agarwal at the daily media briefing said the rate of doubling of COVID-19 cases in India is pretty less as compared to other countries.

The number of novel coronavirus cases crossed the 3,000-mark on Saturday after 525 fresh infections, the highest in a 24-hour span, were reported across the country.  The death toll, as of Saturday, stood at 86, according to Worldometer.

He said 1,023 positive cases of COVID-19 related to Tablighi Jamaat congregation have been reported across 17 states and union territories.

"Rigorous contact tracing is on across the 17 states which have reported cases related to Tablighi Jamaat congregation," the health ministry official said.

He said that "around 30 per cent of the total cases so far are linked to one particular place where we could not sort of understand it and manage it."

The government of India's response has been proactive, preemptive and graded and the rate of doubling of COVID-19 cases in India is "pretty" low as compared to other countries, Agarwal said.

"We are dealing with an infectious disease and it is an every day battle and all our efforts will go in vain even if there is a slightest of a mistake," the official said.

As many as 68 deaths, including 12 since Friday, have been reported, Agarwal said and added that 183 people have recovered or have been discharged.

Fifty-eight patients in the country mostly from Kerala, Madhya Pradesh and Delhi are currently in critical condition, he said.

The figure may vary on a daily basis based on ground situation, Agarwal said.

He said most of the deaths which have happened so far have been those who were old and had co-morbid conditions like diabetes, hypertension, kidney or cardiac issues.

Agrawal urged the high-risk population to follow the guidelines prescribed by the government.

There is no need to panic but awareness is needed to fight the battle against COVID-19, he said.

Raman R Gangakhedkar, head of Epidemiology and Communicable Diseases at the ICMR said that 75,000 samples have been tested so far.