The decision of TDP MPs to back the BJP will give a boost to the saffron party in the Rajya Sabha as the ruling National Democratic Alliance (NDA) does not have a majority there yet. 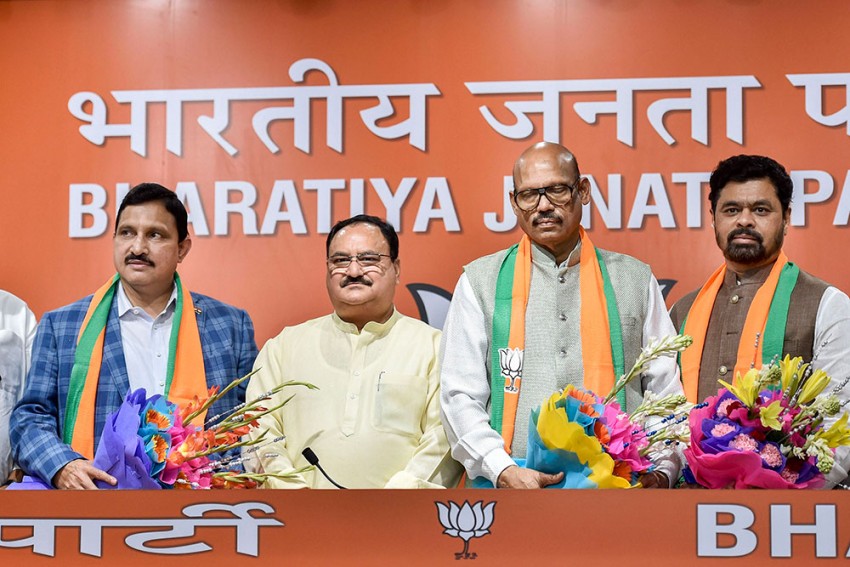 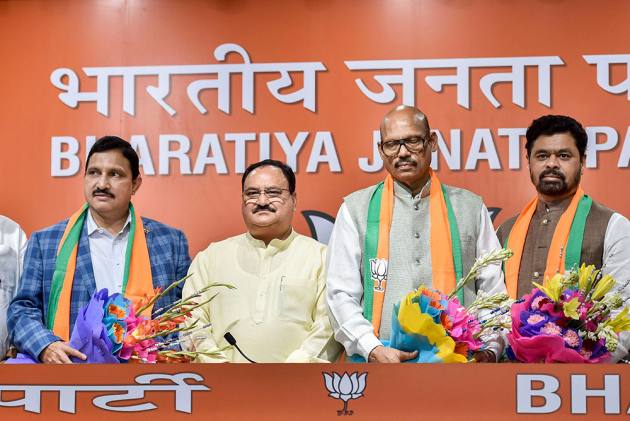 In a major setback to Chandrababu Naidu-led Telugu Desam Party, four of the six TDP members of Rajya Sabha Thursday joined the BJP and sought merger of the TDP Legislature Party with the saffron party, with Naidu saying that such crises are not new to the party.

Reacting to the development in the national capital, Naidu said that he was deliberating with senior party leaders on the issue.

"We condemn the attempts of the BJP in weakening TDP. The crisis is not new to the party," the former Chief Minister told ANI over the phone.

Naidu said that the party leaders should not worry about the development. "Leaders and cadre have nothing to be nervous about," he said.

BJP's working president J P Nadda and leader of the BJP in Rajya Sabha Thawarchand Gehlot also met Naidu and submitted a proposal from BJP president Amit Shah saying the party has no objection to the merger of the TDP Legislature party with the BJP.

Three of the four MPs later met Nadda and Gehlot at the party headquarters and joined the BJP.

"I assure them that the BJP believes in politics of positivity and inclusiveness," Nadda told a press conference in the presence of TDP MPs.

The four MPs had earlier called on Amit Shah and expressed their willingness to join the BJP, IANS reported.

The development may plunge the TDP into a crisis at a time when party President and former Andhra Pradesh Chief Minister N. Chandrababu Naidu is on a foreign trip along with family members.

Chowdary, a former central Minister, and Ramesh are considered close to Chandrababu Naidu. The two MPs had faced series of searches by Income Tax, Central Bureau of Investigation (CBI) and Enforcement Directorate (ED) in recent months.

The TDP lost power to YSRCP in Andhra Pradesh in the recent elections. The party could secure only 23 seats of the 151 Assembly seats. It won only three of the 25 Lok Sabha seats in the state.

Their decision to back the BJP will give a boost to the saffron party in the Upper House as the ruling National Democratic Alliance does not have a majority there yet.

The TDP, which is led by former Andhra Pradesh chief minister N Chandrababu Naidu, has six members in the Rajya Sabha. If four of them break away, then it will meet the legal requirement of anti-defection law, which mandates the support of at least two-third members for a split to be recognised in Parliament.

The Rajya Sabha has a strength of 245 members and the BJP is the single largest party with 71 MPs.