BJP's Choice Of Candidates For Kashmir Surprises No One

Analysts in Srinagar say that the real test for the BJP in 2019 Lok Sabha polls would be on the two parliamentary constituencies of Jammu. 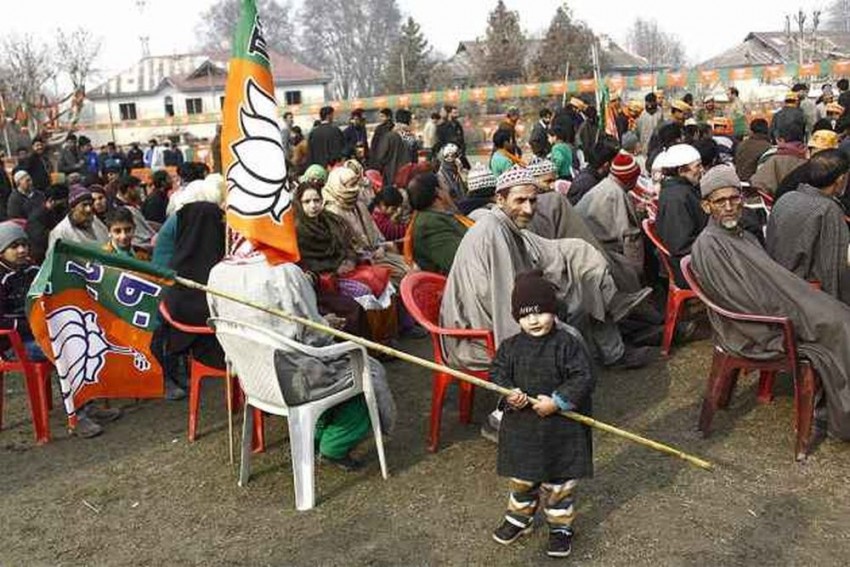 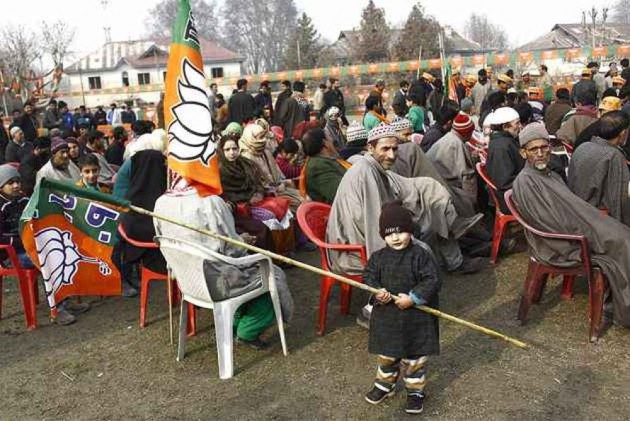 As the Bharatiya Janata Party (BJP) announced its first list of candidates for Lok Sabha polls on Thursday, it also included names of partymen who will be contesting from three seats of Kashmir Valley and two seats of Jammu. There is no surprise element involved in the party's list as far as the Kashmir is concerned.

The BJP has fielded Minister in the PMO and present MP Dr. Jitendra Singh from his constituency Udhampur-Doda and sitting MP Jughal Kishore from Jammu Poonch seat. While as the party’s state spokesman Khalid Jehangir will contest from Srinagar-Ganderbal constituency, the party’s member in the Upper House of JK Assembly Sofi Yousuf has been fielded from the turbulent south-Kashmir’s Anantnag constituency.

An old time party-worker of the BJP, Muhammad Maqbool War will contest from Baramulla-Kupwara constituency in north-Kashmir.

Jehangir told Outlook that the BJP in Kashmir will fight on “truth.” He said over the years the National Conference (NC) and other regional parties have come up with false narrative about Kashmir. The party spokesman said these parties have created a distance between Delhi and Srinagar but they themselves have remained close to Delhi. Khalid added that during his campaign he would focus on positive developmental works done by the BJP in the past few years. He said in Srinagar constituency, the contest will be between the ideologies of truth and falsehood.

On the other hand, an upbeat Sofi Yousuf said that he was thankful to the party for his nomination and would start campaigning from Saturday.

Analysts in Srinagar say that the real test for the BJP would be on the two parliamentary constituencies of Jammu. In 2014 elections, of 37 Assembly seats of Jammu, the BJP won 25 seats making it second largest party in the state after the Peoples Democratic Party (PDP). The party performed exceedingly well during the 2014 parliamentary elections with Dr. Jitendra Singh defeating Congress strongman Ghulam Nabi Azad.

The BJP’s popularity is facing first test in the Lok Sabha polls as the party has been criticised in jammu region after it entered into an alliance with the PDP which ultimately skewered in June last year when the BJP pulled out from the alliance resulting in the fall of the PDP-BJP government in the state. The detectors of the party allege that the BJP surrendered interests of the party to the PDP during the alliance period.