Wielding the nationalism plank while addressing multiple election rallies, BJP chief Amit Shah told people that only Modi is capable of keeping the country safe and teaching terrorists a lesson. 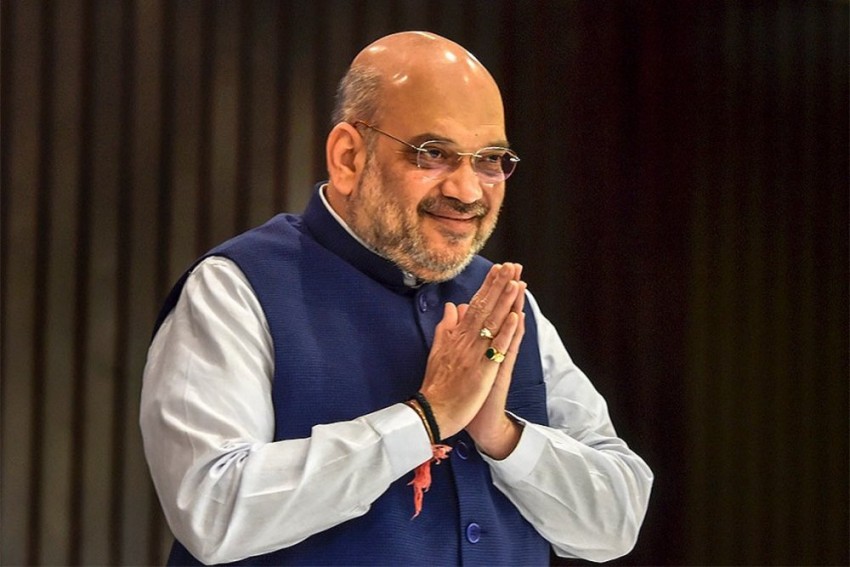 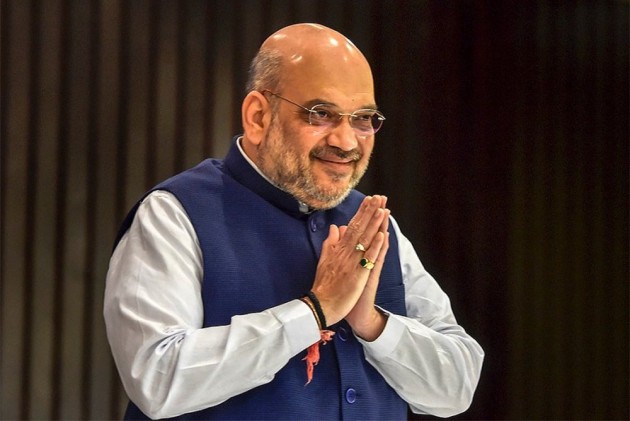 BJP president Amit Shah on Thursday said that Narendra Modi should be brought back as prime minister, as only he can ensure national security.

Shah accused the Samajwadi Party (SP), and the Bahujan Samaj Party (BSP) of favouring certain castes and working for them, and stressed that contrary to this, the BJP believes in the mantra of 'Sabka Saath, Sabka Vikas'.

Wielding the nationalism plank as he addressed multiple election rallies, the BJP chief told people that only Modi is capable of keeping the country safe and teaching terrorists a lesson, as he described the PM as a "man with 56-inch chest".

He also asserted the BJP government, if voted back to power, will scrap Article 370, which gives special powers to Jammu and Kashmir.

The BJP president spelt out the central government's development and welfare projects such as providing free LPG connections, health insurance under Ayushman Bharat, construction of toilets, but it was his emphasis on the national security that drew the loudest response from the crowd.

He also jeered opposition leaders- from "Rahul baba" to "Akhilesh babu", alleging the Balakot air strikes caused as much deep sorrow in their offices as in Pakistan, because they feared their "vote banks" will be upset with the attacks on terrorist camps in the neighbouring country.

"The Modi government has done so much of development work. But if there is one issue for which you have to ensure that Modi returns as prime minister, then it is national security. Only he can ensure the national security," Shah said at Balrampur.

When terrorists from across the border would target Indian soldiers, there would not be any reaction from the then Indian prime minister Manmohan Singh, he alleged, attacking the opposition.

Targeting the SP-BSP alliance, he said both regional parties are devoted to casteism and family rule and only worked for the development of one caste or another when they ruled Uttar Pradesh separately for over two decades.

Addressing an election meeting in Balrampur in support of party candidate Daddan Mishra, the BJP president said, "The SP and BSP are casteist and dynastic parties.

When one party was in power, it favoured a specific caste and worked for it.”

"Similarly, when the second (party) was in power, it favoured another caste. The work of the society took a backseat," he added.

But, on the contrary, he said, "The BJP believes in mantra of 'Sabka Saath, Sabka Vikas', and it never asked the caste (of any person) while undertaking developmental work."

They never worked for the development of society, he said, asserting the BJP government under Yogi Aadityanath has been working for the progress of all sections of society, since it came to power in 2017.

Seeking vote in the prime minister's name, Shah claimed that Modi had not taken leave in 20 years and worked for 18 hours a day.

Taking a dig at rival leaders, he said Rahul Gandhi and Akhilesh Yadav go on vacation in foreign countries when the weather hots up.

Showering praises on Prime Minister, Shah said, "The Modi-Modi slogan, which can be heard across the country, is not merely an election slogan. This is the blessings of the countrymen on Modiji. The slogan tells that when counting of votes will take place on May 23, Modiji will be the next Prime Minister."

Shah also alleged that during the tenure of the SP, the BSP and the Congress, the poor people could not afford treatment in absence of money.

"Modiji brought Ayushman Bharat Yojana," he said, claiming that within four months, lakhs of people have availed of the benefit of free treatment.

"The poor people have got a right to live," he said.

Referring to the law and order situation in Uttar Pradesh, the BJP chief said, "Earlier it was the policemen, who were afraid of criminals. But, after Yogi Adityanath came to power, the criminals have started fearing the police and are requesting the cops to arrest them and not kill them in encounters."

He also accused the past governments of the SP and the BSP of turning a blind eye to land grabbers.

"After the formation of the Yogi Adityanath government, work of protecting the land of the poor has started. We have also put an end to illegal abattoirs in the state," he said.

"The security of the country is of top priority to us. If a bullet (goli) comes to us from Pakistan, our people will retaliate with a shell (golaa)," he said amid applause from the crowd.

Shah also claimed that UP during the Sonia-Manmohan era got Rs 3.30 lakh crore, whereas when Modi became the prime minister, UP got funds amounting to Rs 10.27 lakh crore.

The BJP chief also mentioned that it was the saffron party, which gave 10 per cent reservation to the economically weaker sections without disturbing the quota for the backward people.

Shrawasti, spread over Bhinga, Shrawasti, Tulsipur, Gainsari and Balrampur assembly segments, goes to polls on May 12 in the sixth phase.

Cyclone Fani Aftermath: What Needs To Be Done To Rehabilitate People In Odisha