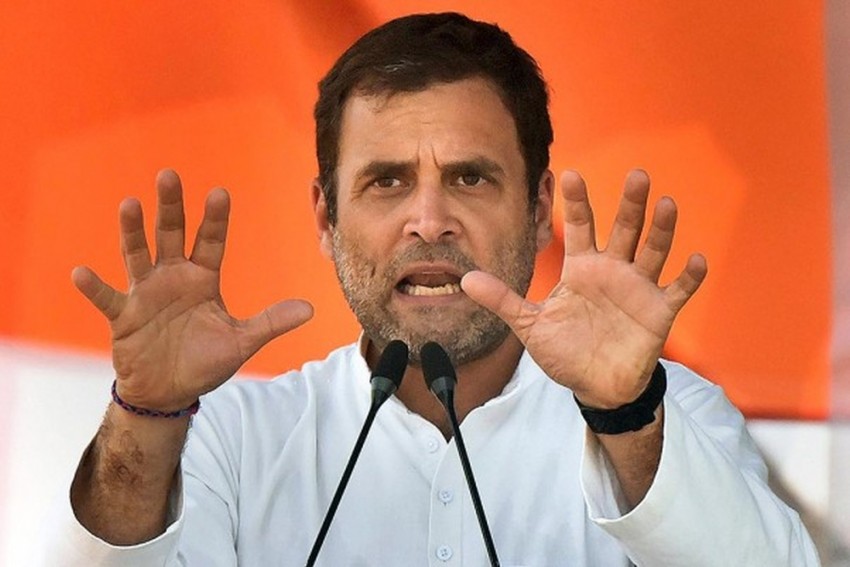 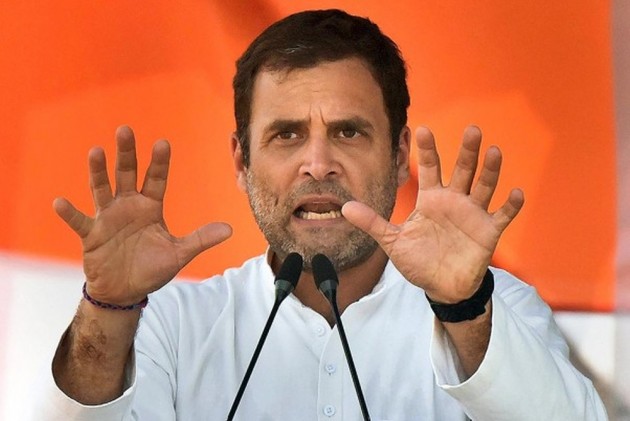 The Gandhi scion used the boxer analogy at a poll rally in Bhiwani, which is known as India's boxing nursery and has produced famous boxers including Vijender Singh, who is fighting the Lok Sabha polls as a Congress nominee in the national capital.

He accused the "boxer PM" of sidelining Advani, saying the senior Bharatiya Janata Party (BJP) leader was "punched in the face" by Modi.

"A boxer Narendra Modi, who boasted of his 56-inch chest, entered the ring to fight unemployment, farmers' issue, corruption and other issues," the Congress chief said.

"For the last five years, this boxer has hit India's poor, weaker sections, farmers and now people are saying they do not want this boxer. He failed to understand who is he fighting against," said Gandhi, accusing Modi of "betraying" the people of the country.

"Narendra Modi's coach Advani ji, other team members like Gadkari were there... Modi entered the ring and the first thing he did was to deliver a punch on Advani's face," he said, adding that the prime minister had "insulted" the senior BJP leader.

After punching Advani, this boxer knocked out small shopkeepers with demonetisation and Gabbar Singh Tax, said Rahul Gandhi referring to the Goods and Services Tax (GST).

"Entire country knows how adversely these decisions hit them," he said.

The "boxer PM" did not stop here, and delivered a punch to the farmers who were seeking a hike in crop MSP as well as a loan waiver.

"After this, the people were left bewildered at what this boxer was doing because he had no idea what he had to fight against," said the Congress chief said.

"Now, the knocked out boxer is lying on the floor of the ring and punching in the air," he said, adding that the people of the country are going to vote Modi out of power.

The Congress chief reiterated the alleged wrongdoings in the Rafale jet deal claiming that Modi gave Rs 30,000 crore to an industrialist's company.

"Farmers loans were not waived, but fugitives were given money and they fled the country," he alleged.

Shruti, among others, is pitted against Bharatiya Janata Party's (BJP) sitting MP Dharamvir.

The Lok Sabha constituency, along with other ten seats of Haryana, goes to polls on May 12 in the sixth phase of the ongoing general elections.

On the majority of the seats, the Congress is seen in a direct fight with the ruling BJP.

Rahul Gandhi further explained the gathering the benefits of the Congress' NYAY scheme, under which the party has promised to pay Rs 6,000 per month to 25 crore poor who earn less than Rs 12,000 a month if it comes to power.

He also said NYAY will help generate jobs as it will spur economic activity.

The Gandhi scion said that if the Congress forms the government, no farmer will be arrested if he fails to repay his loan.

Holding the Congress manifesto in his hand, Gandhi said all the promises made by the party will be fulfilled.

Taking a veiled dig at Modi's 'Mann Ki Baat' radio programme, Rahul Gandhi said that the Congress listens to the voice of the people.

"I have not come here to say my 'Mann Ki Baat', but I am here to listen to yours. For the Congress, the people's order is supreme," he said.

He also accused the ruling BJP of "politicising" the armed forces, saying that he would never do such a thing.