When the special MCOCA court convicted Chota Rajan and eight others in the J Dey murder case and acquitted journalist Jigna Vora, a closure seemed in sight for Dey’s family and an end of a nightmare for Jigna, for the first time after 2011.

Jyotirmoy Dey, known as J Dey, had worked with several newspapers covering the Mumbai’s underworld and mafia. When he was murdered, he was heading the investigations teams in local tabloid Mid-day and had done several stories about the Chota Rajan gang and oil mafia on the seas among others. His murder came as a shock and the journalistic fraternity organised demonstrations and protests. He was an extremely private person and not much was known about his personal life or if he had been threatened for his writing. His wife Shubha Sharma, during the course of the trial, told the court that he had been stressed for a week before he was killed.

Jigna’s arrest and her alleged role in the conspiracy to murder Dey put forth by the investigators was shocking for various reasons. It was alleged that she passed on crucial details about Dey’s whereabouts and his bike registration number to Rajan gang because of their professional rivalry as crime reporters.  Never before a senior journalist had been accused of taking rivalry to the extent of conspiring a murder. The court struck the allegation down and acquitted her saying the prosecution had failed to establish the charge. However, not many questions have been raised about why she was arrested and booked for such serious charges such as murder and conspiracy and remained in jail for almost eight months.

At the time of her arrest, Jigna Vora was the deputy chief of bureau at The Asian Age. She was 37-year-old single mother when she was arrested by the police in November 2011. She was in contact with Chhota Rajan and other gangsters including slained gangster Farid Tanasha. According to crime branch sources, Jigna had first came in contact with Tanasha during the latter’s court hearings in Mumbai’s session court in year 2005 while the scribe used to do court reporting for a daily broadsheet. Then after Tanasha’s release in 2009, the gangster had become one of her top informers, from whom she used to get information about the city’s gangland activities.

According to a veteran journalist, who was in Mid-day when Dey was murdered, Jigna was too junior for Dey to have any jealousy.  Hussain Zaidi, who was her editor in Asian Age when she was arrested, wrote after her acquittal, “At one point, if there were two very good crime journalists in the city, it was Jyoti and Jigna. I often told my wife if one of them is Amitabh the other one is Vinod Khanna, very little to chose between the two of them. I was proud to be mentor to both of them. Their rivalry was healthy and unmatched, and I enjoyed the kind of sparring between them, which showed in the kind of stories they did. For a crime journalist, the only way to compete is by writing fine stories, not murder. Jigna was well aware of this.”

Despite several statements of support for Jigna, now that she is acquitted, she refuses to interact with the media with a polite message saying, “Sorry I do not wish to speak with the media.” Her chat status, “Dard ki barishon hum akele hi the, jab barsi khushiyan, na jane kahan se bheed aa gayi,” (I was all alone when it poured pain, when life showered happiness, crowd showed up from nowhere...) is indicative of her lonely struggle of dealing with the case, supporting herself and her son and fighting the false allegations.

Just as Jigna’s life may finally start to hold up, senior police officer Himanshu Roy, who had played an important role in nabbing several of those convicted in the case, committed suicide at his residence on Friday. In a suicide note, he mentioned his frustration due to his battle with cancer. In his tenure, he had handled various investigations including that of 26/11 terror attack, Pallavi Purkayastha murder case and J Dey murder case as well. Extremely popular among the police force and known for his commitment to fitness, his suicide will take a  long time to be accepted. “One of the most important quality of Roy was that he was not a vengeful IPS, who would keep the grudge against any officer or colleague," said Bhosale. Roy had always given a free hand to all his crime branch personnel and only emphasised on the fact of bringing in the results and not excuses, said police inspector Nandkumar Gopale who was heading the Property Cell unit of crime branch.

While the Mumbai police deals with loss of one of its most valued officers, the central agency that wrapped up J Dey case with getting the prime accused Chota Rajan convicted and sentenced to life imprisonment, has one task pending. CBI named Ravi Rattesar as an accused in the Dey murder case, when the crime branch had named him as a witness. Not much has been known or reported about Dubai based gangster Ravi Ram Rattessar alias Ravi Saaman, who is the missing link in Dey’s case.

Although Ravi had confessed under section 164 CrPC about handing over around 20 link global roaming SIM cards to Pol, crime branch made him its star witness and arrested Pol. The confession did not mention Rajan, say crime branch officials.

“Of all the Dubai-based gangsters, right from Mohammed Mahdi Al-Tajir to Dawood Ibrahim all have had the right-hand-men. However, the three Rattessar brothers – Anil, Vimal and Ravi –shifted their loyalties from the Rajan gang and even tried to eliminate the don in Australia in 2015 through rival Chotta Shakeel,” says city’s railway commissioner Niket Kaushik, who tackled several cases of Mumbai’s underworld during his tenure at the crime branch.

The three brothers of Rattesar family, based in Dubai, had become close to Rajan in the nineties and after Rajan and split from Dawood’s D Company, they remained with Rajan camp until 2014. In 2009, Ravi had started getting in touch with Rajan gang members as well as city’s politicians from NCP party, said now-retired ACP (Crime Branch) Praful Bhosale, who was at the helm of Dey’s investigations. 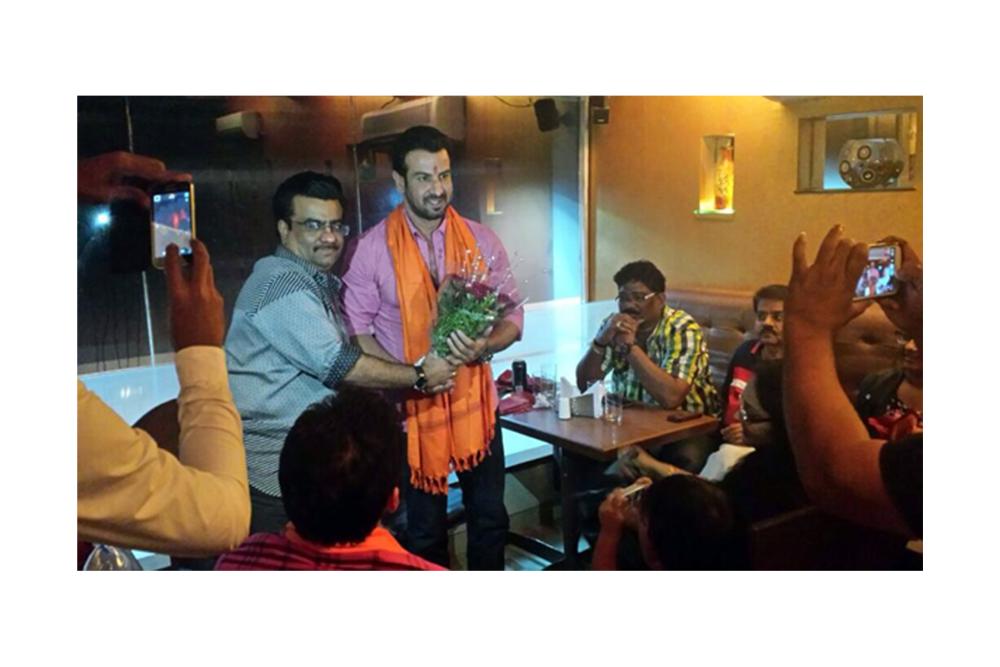 In 2014, soon after celebrating Chotta Rajan’s well-known Ganesh festival in Chembur, Ravi and his elder brother Anil suddenly left India for Dubai. “In Dubai, Vimal – the second elder brother among the three Rattessars – had made all arrangements for his two brothers to stay there luxuriously with the blessings of Chotta Shakeel,” says former ACP (Crime Branch) Prakash George, who was a part of the team that probed Dey’s murder.

This shift of loyalty from Rajan to Shakeel, was not noticed as Ravi was constantly in contact with Rajan for some or the other gang related work when he moved to Dubai in 2014 till June 2015. In June, Ravi got hold of Rajan’s passport details and learnt about Rajan’s hideout in Australia, informed Chotta Shakeel, who had sworn to kill Rajan after his detachment from the D-faction after 1993 Mumbai serial blasts, said the CBI sources. Anyhow Rajan escaped because of no criminal record in Australia.

Subsequently, Rajan was extradited to India from Singapore, after which, CBI took over investigations of all the 71 cases against him. It is here that the entire investigations into J Dey’s murder took a sudden volte-face. Soon after taking these cases, CBI made Ravi Rattessar as an accused in Dey’s case by making him another main conspirator after Rajan. In this regard, a supplementary chargesheet was submitted by CBI naming Ravi as one of the prime conspirator in Dey’s case. 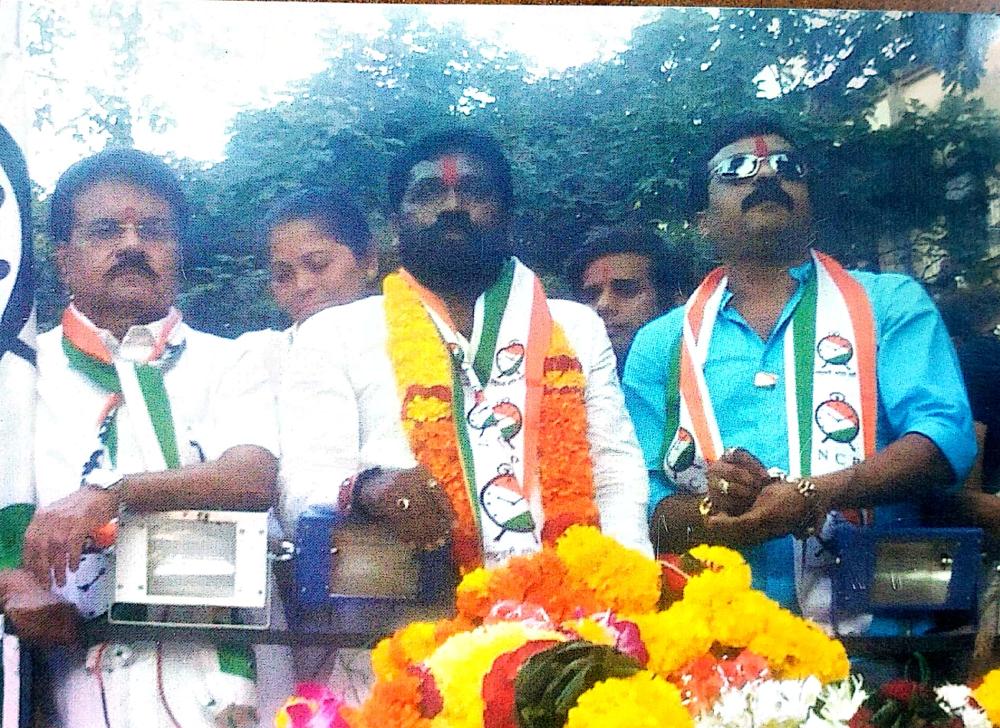 In 2017, CBI traced Ravi’s location to Dubai after which in the last week of November 2017, CBI issued a Red Corner Notice (A9593/10-2017) against Rattesar in Abu Dabi. The agency had requested the Dubai authorities for Rattessar’s speedy extradition to India, as they want to initiate a trail against him in J Dey’s case.

But unfortunately for CBI a fresh case of cheque bouncing of a meagre amount of AED 14000/- (Rs 255815.19 INR) was lodged against Rattessar in Dubai, said sources in CBI. This led to delay in extradition process of Rattessar, who is still living freely and is often seen at his plush diner Café Lambretta situated at Dubai’s Barari area. CBI sources learnt that the cheque bouncing case against Rattessar in Dubai was lodged by the latter’s friend, which enables the delay in extradition.

Meanwhile, Rattessar is currently out on bail in Dubai in the cheque bouncing case and CBI is trying hard to expedite the extradition process. “CBI will be able to convict Ravi Rattessar in J Dey case, for which the agency has sufficient evidence against him,” said N Meena, Dy SP (CBI), who is investigating all the 71 cases of Rajan. 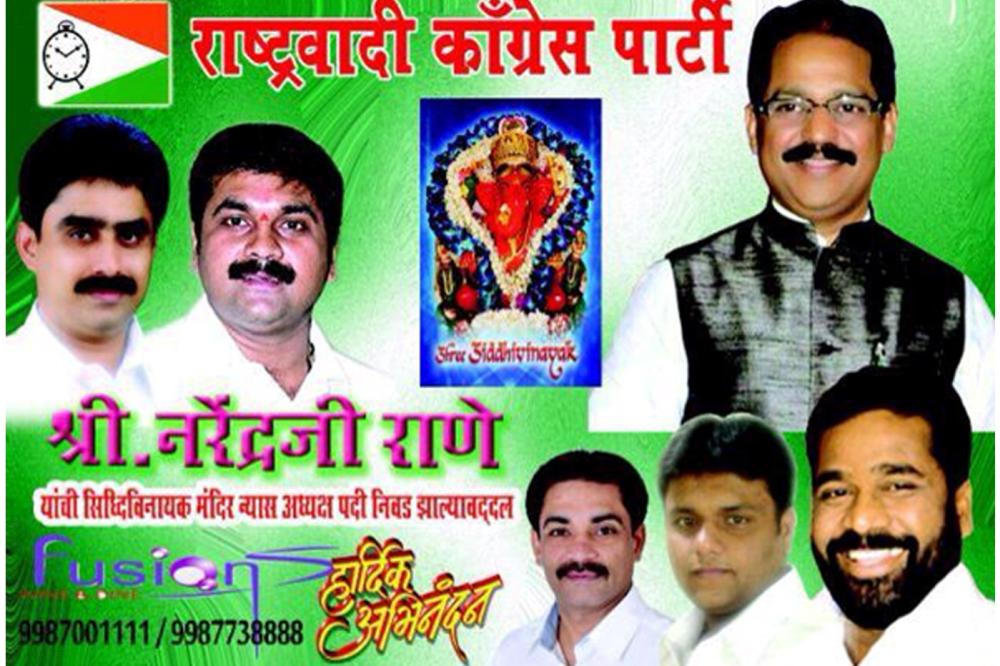