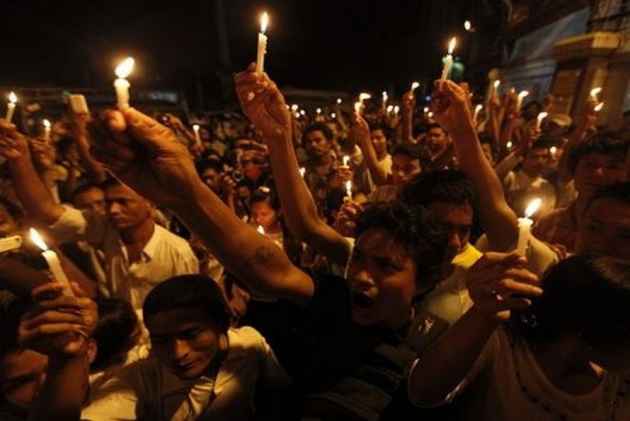 A woman Congress worker has complained to the party's city unit that she was allegedly molested by male colleagues on Sunday during a candle march held here to protest against the Kathua and Unnao rape cases.

She complained to the party's Mumbai unit chief Sanjay Nirupam, who promised to take action against those found guilty. The protest march was organised by the party at Juhu.

Talking to PTI, Nirupam said the woman, who is a district-level party worker, sent a text message to him about the alleged incident.

In her message, the woman said, "The workers of Youth Congress and NSUI (party's students' wing) stooped to such low level that they touched, pushed and shoved women workers in an inappropriate manner, making us feel unsafe among our very own party's male colleagues.

"Sadly, some male workers did this to us only to get ahead in the march so that their faces were captured by the media. I want to know if women workers will be safe in similar events held in future?" her text message said.

Nirupam said, "This incident is very unfortunate and I condemn it. I told the woman that he would take action if she identifies the persons involved. I told her that if she wished, he would help her file police cases against the accused. But she told me there was too much crowd, so it won't be possible for her to identify them."

He said the woman enthusiastically participates in all dharnas and morchas organised by the city unit.

"She does not participate alone, but brings along with her over a dozen women members. I have apologised to her for the agony she had to suffer on Sunday. Male workers often rush ahead in any morchas, so that their faces can be seen on television cameras," he said.

The Congress leader said he will issue the dos and don'ts to be followed during the protest marches or morcha when women are also participating in large numbers.

"If the instructions are not followed, action would be taken," he said.