Without an ordinance and on the basis of mutual agreement, Ram Temple will be constructed in Ayodhya and a masjid will be made in Lucknow, said Ram Janambhoomi Nyas president Ram Vilas Vedanti. 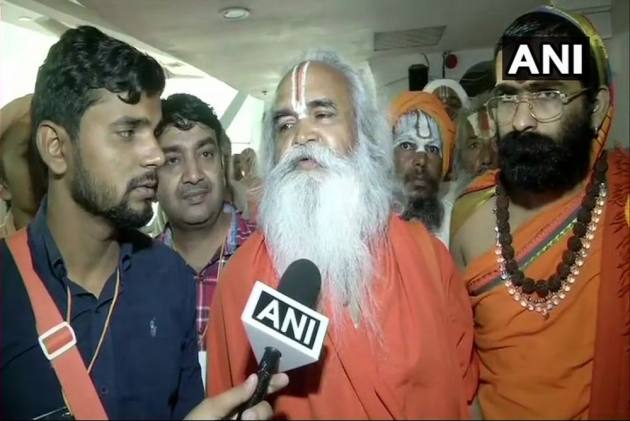 As the clamour grew for an ordinance to build Ram Temple, the Ram Janambhoomi Nyas president Ram Vilas Vedanti on Saturday claimed that the temple construction will begin next month.

Speaking to ANI, Vedanti, who is a former Bharatiya Janata Party (BJP) Member of Parliament (MP), said a mosque will be built in Lucknow.

The Story Of Ram’s Birthplace Without The Babri Masjid

Vedanti's statement comes a day after Uttar Pradesh BJP chief Mahendra Nath Pandey claimed that Chief Minister Yogi Adityanath has a plan for the Ayodhya issue, which would be revealed around Diwali.

Earlier on Friday, Rashtriya Swayamsewak Sangh (RSS) general secretary Bhaiyyaji Joshi said that his organisation "will not hesitate to launch a 1992-like agitation for Ram Temple, if needed.

"We respect the Supreme Court and urge it to take into consideration sentiments of Hindus," Joshi told ANI.

A section of the Hindu right wing and even few members of the BJP have demanded an ordinance to permit the construction of the Ram temple before the Supreme Court pronounces the judgement in the Ayodhya title suit.

The Supreme Court on October 29 directed the listing of the Ayodhya title suit matter in January 2019 before an appropriate bench. However, it declined to specify any dates.